A mysterious “Sponsored Content” opt-out setting recently appeared in Spotify, and now the streaming giant has confirmed to TechCrunch what it’s about. Spotify is now testing a new “Sponsored Song” ad unit that a company spokesperson tells us is “a product test for labels to promote singles on the free tier.”

Instead of appearing as obvious ad banners like Spotify’s existing ads, labels can pay to have Sponsored Songs appear on playlists you follow or potentially elsewhere on the service. These can be targeted to appear to users with matching listening tastes so they fit alongside their other music. And these Sponsored Songs will be instantly playable and saveable instead of requiring an initial ad click first.

It’s not clear whether Spotify is charging labels based on cost per impression, action, listen, or some other method. You can see an example of one design for Sponsored Songs below, spotted by Liam Maloney, that shows the track Call Me by NEIKED featured separately above the songs in a playlist. 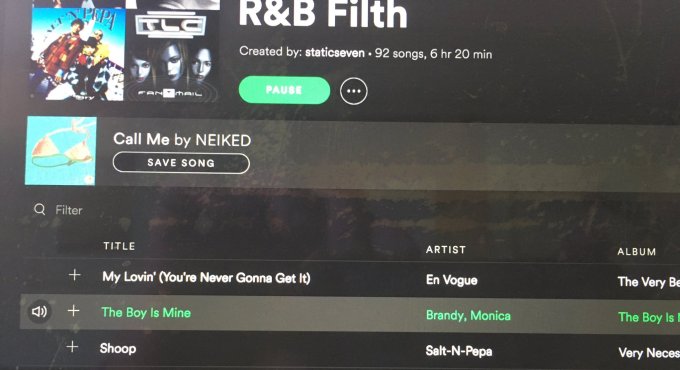 Spotify tells me that if the test is successful, Sponsored Songs ads could roll out officially, but would only appear to users on the free tier. The opt-out option found under Sponsored Content in the Spotify settings menu would let people hide these ads from view, though it’s unclear whether that option would be available to users who don’t pay for ad-free Spotify Premium.

Sponsored content could help Spotify squeeze more dollars out of its ad-supported free tier listeners who don’t earn it as much as paid subscribers. If these people don’t want to pay, Spotify has to find more ways to monetize them without annoying them so much that they ditch the streaming app.

At the same time, Sponsored Songs hearken back to the dark days of radio payola, where labels paid DJs at radio stations to put their artists’ songs on the air. Congress clamped down on the practice in the lat 1950s and the 2000s. Clearly marking Sponsored Songs as ads could get Spotify and the labels around the rule, but similarly degrades the quality of music on a playlist (or radio station) in favor of earning extra money.

Beyond more traditional banner ads that point internally to new albums or externally to any business’ site, last year Spotify began letting businesses sponsor its most popular playlists. This allows them to add a logo at the top, and include video ads that free tier users can agree to watch in exchange for 30 minutes of ad-free listening. 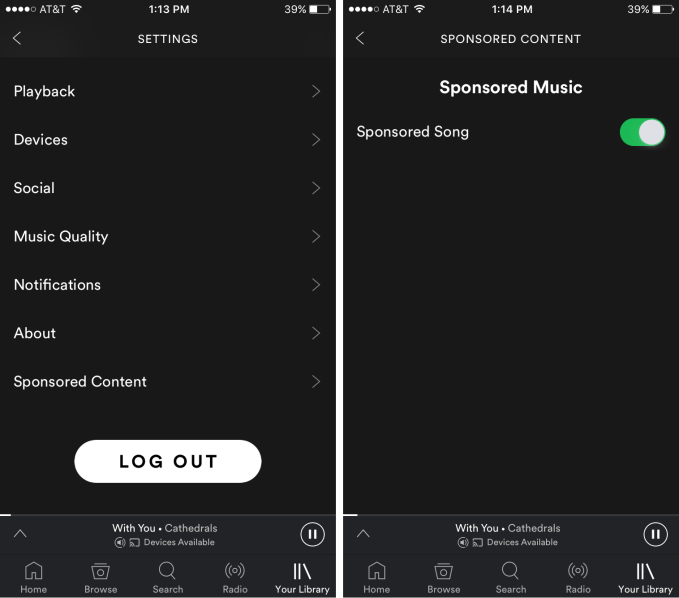 Sponsored Songs could slip right into Spotify without interrupting the listening experience. When targeted well, users might not even notice a song is sponsored. But the labels hope they’ll get the tune stuck in their head, saving it to their Spotify library, sharing it with friends, returning to listen to more of the artist’s music, and eventually earning money directly for the musician and label by buying concert tickets or merchandise.

In that sense, Sponsored Songs take a cue from Spotify’s most popular product feature: Discover Weekly. Instead of trying to get people to find new songs through a clunky blog-style Browse interface in Spotify, Discover Weekly uses a personalized, weekly-updated playlist that works like the familiar playlists users create themselves. 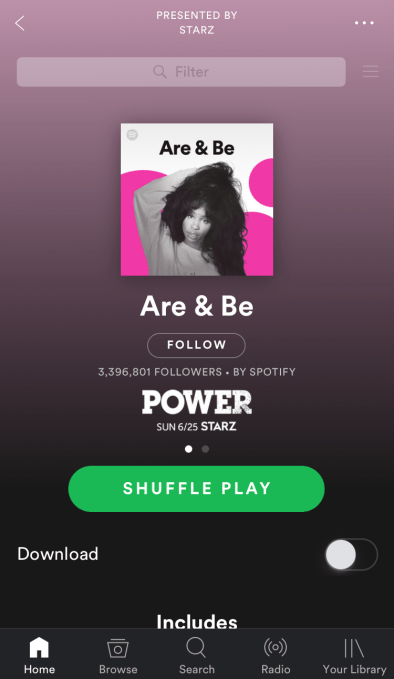 Spotify’s Are & Be playlist, sponsored by TV channel STARZ, has over 3.3 million subscribers

Demand to buy Sponsored Song spots on playlists run by Spotify demonstrates the effectiveness of Spotify’s strategy to gain leverage over the record labels.

If Spotify can make its own playlists the most influential tastemakers on the app, rather than artist-to-fan messaging or viral sharing, it can dictate what songs become hits or reach the Top 40 radio beyond its walls. For example, its Rap Caviar playlist has over 7 million subscribers. Then, if labels want a hit, they’ll have to play ball with Spotify — either by cutting it friendly royalty deals or by paying it directly through Sponsored Songs to get exposure on these playlists.

It’s all part of Spotify’s push to IPO. It needs to earn more money so it can pay the labels their royalties and still have enough left to cover operating expenses and turn a profit. Spotify earned $3.3 billion in revenue in 2016 off its 140 million total users and 50 million paid subscribers, but it still lost $390 million on operating expenses due to royalties and investments in growth. It’s even agreed to pay out $2 billion to labels over the next two years for lower royalty rates.

In the razor-thin-margin business of streaming where it competes with giants like Apple and Amazon that don’t rely on music, Spotify must do anything it can to survive. By relentlessly promoting its own playlists so users subscribe, Spotify has built well-traveled sub-properties within its app where it can sell ad space.