It’s been a week with the new Pro — Microsoft’s part-tablet/part-laptop hybrid machine —  and I already find myself looking longingly at the Surface Laptop. It’s not that the latest Surface Pro isn’t a good and capable machine (it is), it’s just that, well, the Laptop is much better for my needs — and, I’m sure, the needs of most users. Having a keyboard built into your machine is a lot more useful than you might think.

The convertible category is the sort of thing that looks great on paper — the idea of essentially getting two products for the price of one. But at the end day, how often do most users really switch back and forth? In this past week, I only pulled off the keyboard case once: when it came time to take the photos for this story. For the rest of my needs, there’s no reason to not just keep it in place.

It’s understandable that Microsoft is keeping the category alive. After all, two-in-ones are a fundamental part of the Surface’s DNA. But when the company’s own language has changed from referring to the Pro as a primarily a tablet to, “the most versatile laptop,” you’ve got to wonder if the company has shifted its own thinking about the space.

That’s not to say there isn’t a lot to like about the Pro in its current form (there is). This latest version pretty much stuck with what worked on the Surface Pro 4 and souped things up internally. So, if you liked the company’s Pro line in the past, there’s happily more of the same here. It’s a bit thinner and lighter than its predecessor, there have been some changes to the kickstand, and the company has eliminated the fans and the noise that come with them from the entry-level models.

Good and welcome changes, all. But none really do much to address my main issue with the machine: I’d just much rather be using the Surface Laptop. 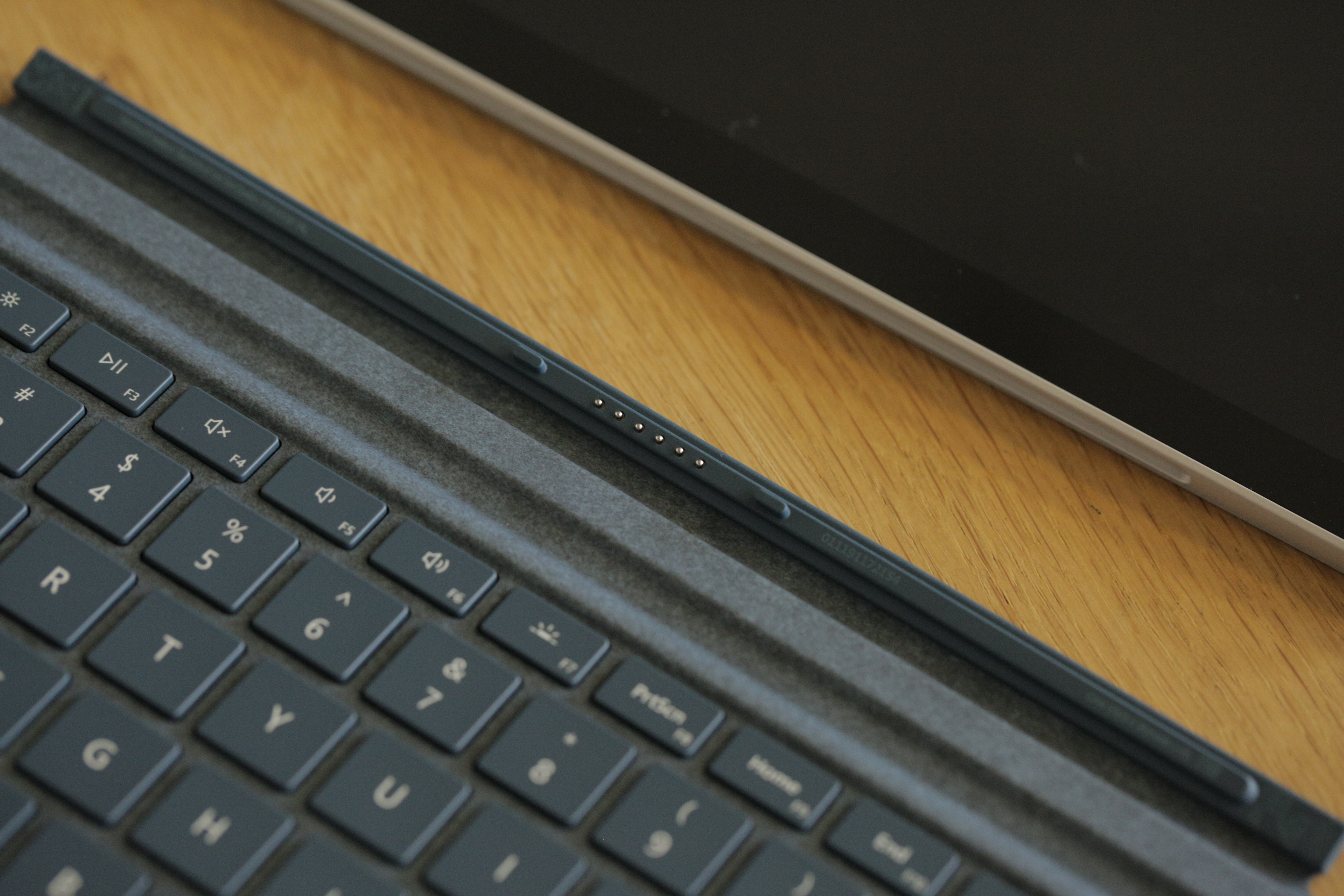 The Surface line’s success is actually part of the issue. The company obviously had modest expectations for the line in its earliest days, viewing the product as much as a proof-of-concept as a consumer product. In the half decade since the release of the first Surface, the line has become a sort of catch all for Microsoft’s own PC hardware, and additions like the Laptop and the iMac competitor Surface Studio have put the squeeze on the Pro.

In an ideal world, the company sees the product as serving a dual purpose. Compatibility with accessories like the Dial and the much improved Pen, combined with a kickstand that allow for a lot more degrees of freedom, have allowed Microsoft to position the product as a sort of mobile version of Studio. But most of the Pro’s shortcomings stem out of Microsoft’s desires to make it everything to everyone. 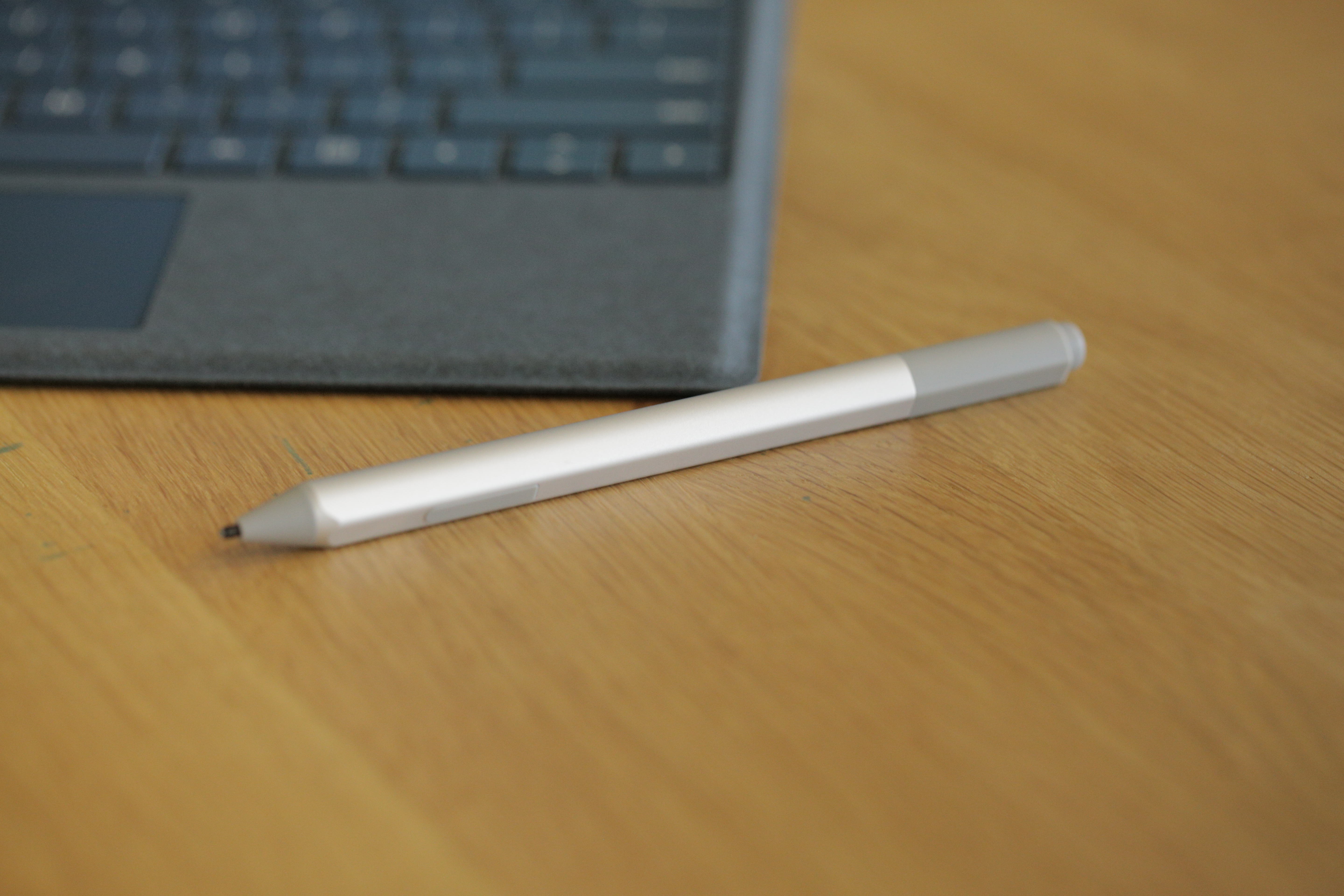 The Pro finds itself in a weird grey area of practicality. The 12-inch screen size makes it a lousy replacement for the28.X-inch Studio. Yet while it’s thinner and lighter than the last generation, it’s pretty big and bulky compared to most other standalone tablets. I wouldn’t really recommend it for those who are just looking for a slate.

And while the keyboard experience has improved by leaps and bounds over the earliest models, a keyboard cover still isn’t a good replacement for a built-in keyboard for those who do any more than just the occasional note taking. I’ll admit that I’ve gotten a bit more accustom to typing on the thing than I expected, but a lot of the old issues are still present. For one thing, it sucks to actually use in your lap. For another, typing on it still gives you that hollow feeling of a keyboard without any guts in it. 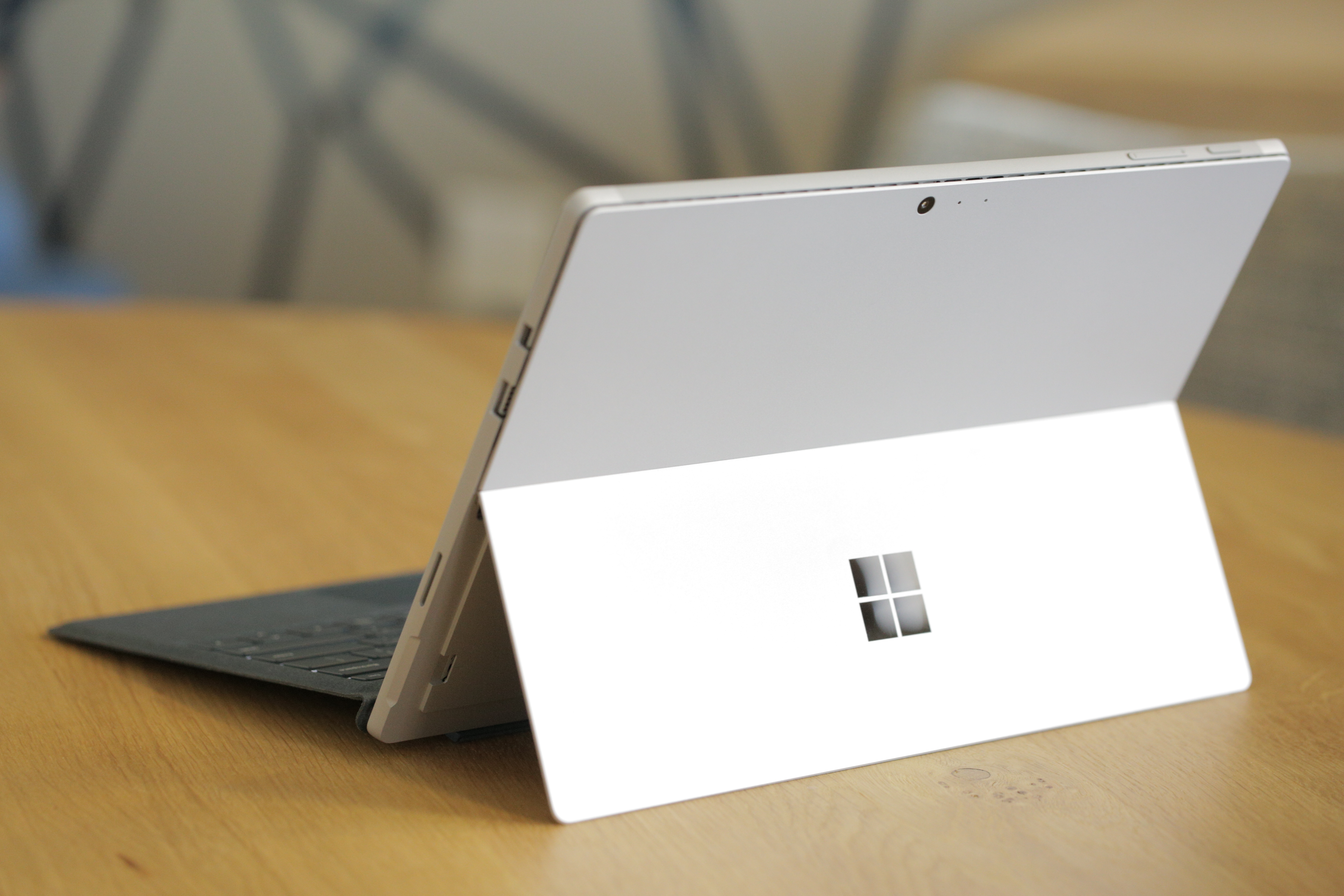 There’s still a lot to like here. The pen experience is much more responsive and improved over past versions. The battery life on the Pro should get your through a couple of days of standard use, and any time a company can shave some weight off a product, that’s always a good thing. The new model isn’t huge upgrade over 2015’s Pro 4, but all of the changes are welcome.

And hey, had the company not stolen its own thunder by introducing the Surface Laptop a few weeks prior, the conversation around the devices would be very different. As it stands now, however, the Pro arrives as a device with an increasingly small target audience. Even the pricing doesn’t really save it. Again, $799 looks decent on paper, but the additional $130 for the keyboard case puts the system pretty close to the Laptop’s $999 entry level price (and through December, the obligatory upgrade to Windows 10 Pro is free).

I’m sure there are still people out there for whom the Pro still makes sense. But I’m certainly not one. Nor are most of the people I’ve spoken to about the space over the last week. For those who really do find themselves switching back and forth between form factors and don’t mind the compromises that entails, by all means, this is a solid choice.

For everyone else, don’t come complaining to me when the Laptop envy sinks in.