Freada and Mitch Kapor broke rank with typical investor silence in the face of scandals at their portfolio companies by publicly criticizing Uber in February, saying it was “toxic” and had “a culture plagued by disrespect, exclusionary cliques, lack of diversity, and tolerance for bullying and harassment of every form.”

But today, the couple who invested in Uber starting in 2010 issued a letter announcing their satisfaction with the tough and far-reaching recommendations for change that Uber’s board unanimously voted to enact. They were encouraged by the firing of some senior leadership, and now urge follow-through on the plan with transparency and measurement.

“We also said that we were ready to help, but only if the company took a comprehensive approach to overhauling its culture, including “every aspect of its policies, practices, complaint systems, training, upward communication systems, sentiment analysis, and commitment from the top.” Our initial review of today’s report suggests that this is the approach that the board has adopted. The recommendations are both thoughtful and extensive, and we are very encouraged that they have taken this as seriously as we had hoped.”

The changes include diminished responsibility for CEO Travis Kalanick, who is taking a leave of absence, as well as more independent oversight from the board, manadatory inclusive leadership training, management compensation tied to success with increasing diversity and decreasing employee complaints, increasing the profile of the head of diversity, and a clear process for escalating HR problems. 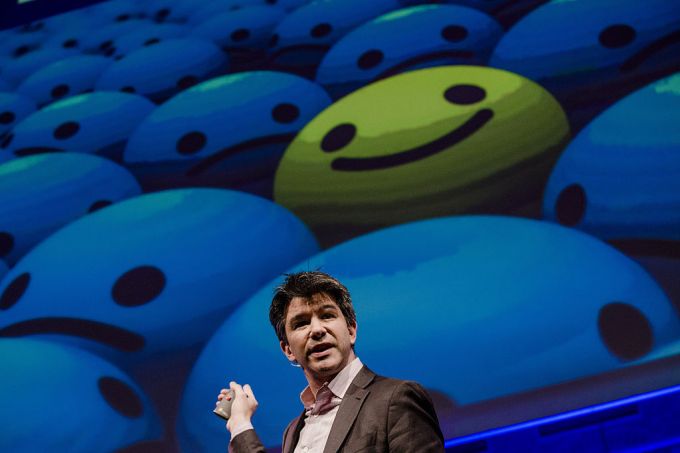 The question now is whether Uber will enthusiastically adopt the planned changes, or drag its feet. If it can turn things around and fix its culture without tanking its business, it will embolden other tech companies to face their own internal problems head-on.

But if the investigation into rampant harassment and bad behavior results in a some new faces but the same old cesspool, the whole industry may be marred by Uber’s reluctance for justice. We already have our first terrible sign: Uber board member from TPG Capital David Bonderman made an incredibly sexist remark towards fellow board member Arianna Huffington — WHILE ON STAGE AT THE ALL-HANDS MEETING ABOUT UBER BECOMING LESS SEXIST.

Apparently he’s already apologized, but the fact that this comes from who’s supposed to oversee Uber’s road to change is horrifying.

Tech must change, and more people like the Kapors must stand up for that change.

Below you can read the Kapors’ full letter:

Back in February, we released an open letter to Uber’s Board of Directors and Investors decrying the “toxic patterns” we had observed within the company culture. As we said at the time, Uber’s response to this crisis would be defining for the company. Today’s report and recommendations are  the best signal yet of how they intend to respond.

We also said that we were ready to help, but only if the company took a comprehensive approach to overhauling its culture, including “every aspect of its policies, practices, complaint systems, training, upward communication systems, sentiment analysis, and commitment from the top.” Our initial review of today’s report suggests that this is the approach that the board has adopted. The recommendations are both thoughtful and  extensive, and we are very encouraged that they have taken this as seriously as we had hoped. (To be completely transparent, we did not have any interaction with the investigators and we do not know the extent to which our point of view was specifically taken into account in the report).

Uber’s termination of a number of employees, including some in senior leadership, has also shown sincerity in action, and we are hopeful that their actions will continue to meet the aspirations of this report.

Everyone, from drivers to employees to investors, will be watching to see that the implementation of today’s recommendations are handled professionally. This will mean measuring results, being transparent and course-correcting when needed. One way to enhance the effectiveness of these commitments in a rapidly growing company is to leverage technology tools.  At Kapor Capital, we have catalyzed a new sector by sponsoring People Ops Tech pitch competitions and investing in several companies;  we have introduced Uber to some of them.

We’ve always believed that Uber’s problems, while extreme, are not different in kind from those of the majority of large tech firms. We have watched as senior, visible people in the larger tech ecosystem excuse the reprehensible behavior of some individuals, and we have observed the pattern of passing around bad actors from company to company. This holds the entire sector back.

Our stated hope all along was that Uber could leapfrog other companies to be a real leader in diversity and inclusion.  At this point we believe that the company deserves some room to put the plan into effect and show us what can be done.