The camera is the new keyboard, and WhatsApp refuses to be left behind. While its sister app Instagram dukes it out with Snapchat in the west, WhatsApp is popularizing visual communication around the world. 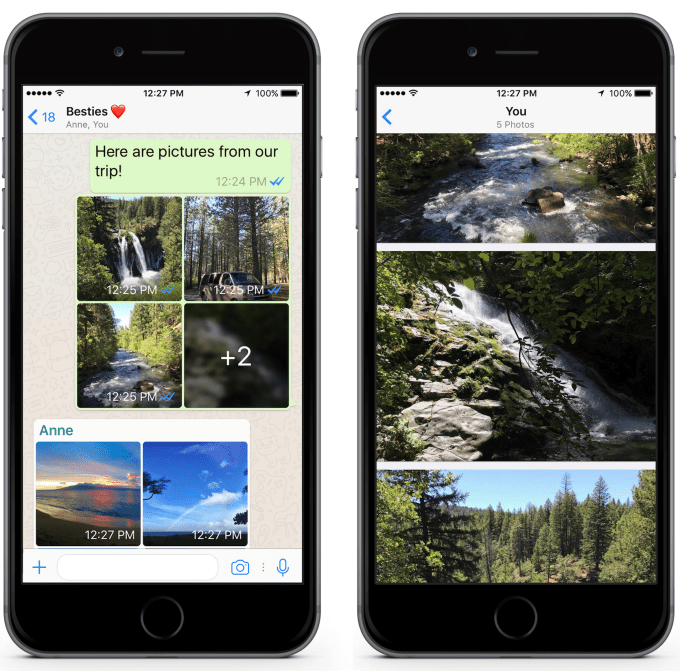 Facebook Messenger recently tried adding the ability to @mention someone in a group chat to get at the same problem as reply shortcuts, but WhatsApp’s version offers even more specificity.

We asked WhatsApp if Android users can expect these features, and the company told me “We’d like to add these features to the Android app in the future, but do not have timing to share yet.”

Along with WhatsApp’s Snapchat Stories clone Status, these updates shift the chat app’s focus more towards imagery. That could keep it appealing to teens while making use of the increasing bandwidth, bigger screens, better cameras, and shrinking data costs around the world. Yet WhatsApp is still supports utilitarian communication that Snapchat’s aggressively ephemeral private messaging feature doesn’t handle as gracefully.

If WhatsApp can combines visuals and utility to make you feel like you’re sitting next to someone instead of reducing interactions to a jumble of text, it could soak up even more of people’s time.