Dylan Field Contributor
Dylan Field is the co-founder and chief executive of Figma, a cross-platform design and collaboration tool. Before starting Figma, Dylan interned at LinkedIn, Flipboard, and O’Reilly Media.

You know design is having its moment when IBM, the stodgy normcore dad of the tech industry, gets in on the action. In the last five years, Big Blue has grown its designer to developer hiring target from 1:72 to 1:8.

It’s not the only one — companies across Silicon Valley are recruiting far more designers than ever before. I’ve been hearing about this hiring crunch for years, ever since we started Figma.

We wanted to put some hard numbers behind the trend, so we reached out to our network. We gathered the stats on six companies’ designer:developer ratios in 2017, and how it compares to half a decade ago. The growth is staggering — enough so that the venture firm Kleiner Perkins decided to include the data in their Internet Trends report. 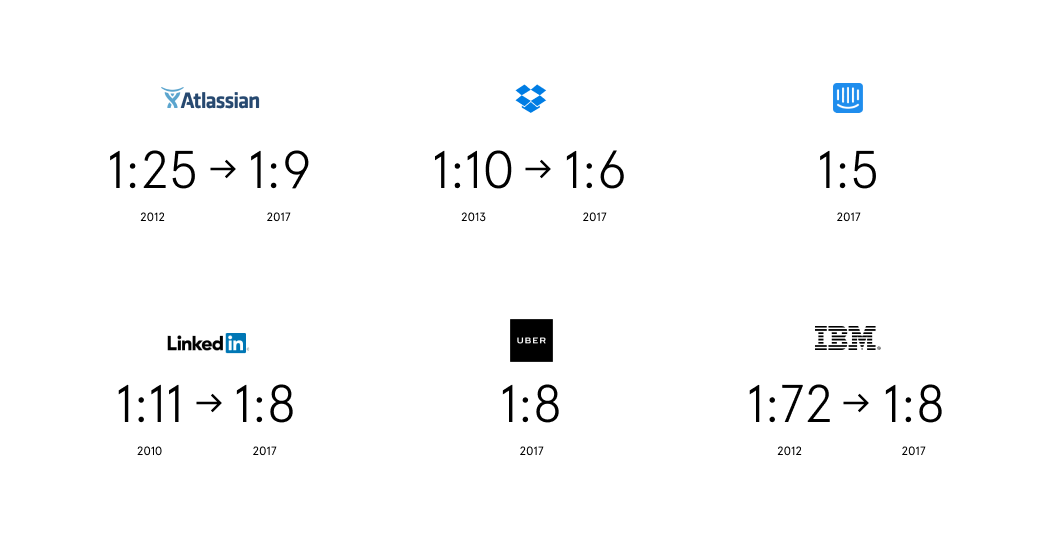