When Solar Impulse pilot Bertrand Piccard set out to fly around the world in a plane that uses no fuel, he knew he wasn’t going to get much rest. During the journey, he would be able to sleep, at a maximum, three hours per day with rest meted out in twenty-minute intervals. The plane, which could only accommodate one aviator, required a human systems check every twenty minutes.

For part of the journey, Piccard used Sana Health technology to put him to sleep in flight, and to sleep as deeply as possible during those scant moments.

The Sana Sleep “smart goggles,” will be available to the too-tired public starting in the second quarter of 2018, according to Sana Health founder and CEO Richard Hanbury. The company recently closed a $1.3 million round of seed funding from Founders Fund, Maveron and SOSV, among others. The goggles will sell for about $400 a pair, Hanbury said.

The entrepreneur began working on this technology as a solution to his own chronic pain and related sleep issues. He suffered from chronic nerve damage pain, after surviving a disabling Jeep accident in Yemen in 1992. However, the technology has broad-based appeal. Not including defiant toddlers, everyone wants a good night’s rest. 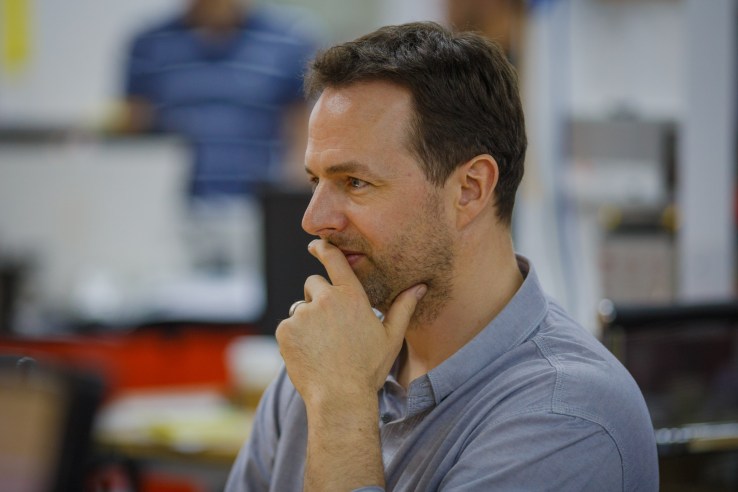 Still, one in three adults in the U.S. doesn’t get enough sleep, according to the most recent available data from the CDC. Insomniacs suffer mood and memory impairments, among other undesirable corollaries, researchers from the University of Pittsburgh School of Medicine have verified.

Sniffing a major market opportunity in the restless masses, a number of tech companies have begun trying to allay insomnia in recent years. They’re making mattresses of novel materials, a wide variety of wearables, sleep tracking apps and other IoT devices to encourage better sleep.

Venture investors are falling for the promise of a good night’s rest, too. According to deal tracker Crunchbase (which is owned by TechCrunch’s parent company) at least 30 sleep-related tech startups, including 6 hardware companies, landed seed or venture rounds since the start of last year.

For its part, the Sana Sleep looks like padded goggles, or a pared down and comfy version of a VR headset. It is being tested currently with athletes in training who want the most restorative sleep they can get while traveling extensively.

Hanbury explained this is how the device works: “It uses audio-visual stimulation to trigger specific patterns in the brain. In the same way that when you go into a nightclub, and hear fast music and see strobed lights, this produces an excited state in your brain, this device produces the patterns your brain needs in order to produce deep states of relaxation.” 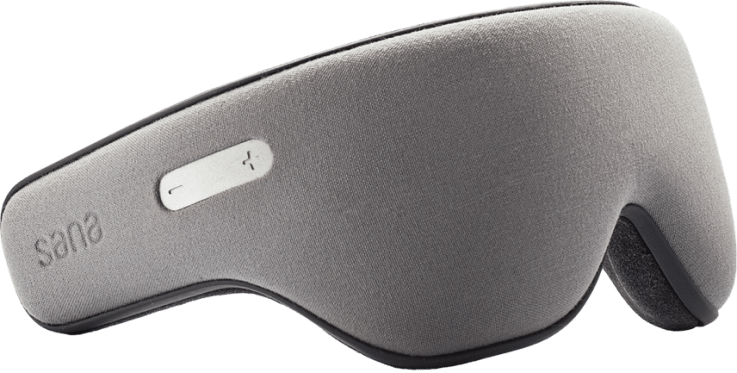 The goggles emit pulses of light and sound. The wearer is conscious of the lights and sounds at the outset of each use, but becomes less aware of these as they drift off to sleep. The goggles measure things like a users’s pulse and breathing, and customizes the signals in response to the individual’s biometrics.

The goggles must be trained, initially. After about 4 uses wearers (even those dealing with chronic pain issues) can get to sleep within ten minutes, and more importantly can sleep through the night.

Prior to closing their seed round, Sana Health had raised $450,000 including from the HAX hardware accelerator run by SOSV. The firm reupped its investment in Sana’s seed round, according to General Partner Cyril Ebersweiler, because its technology solves the hardest sleep cases.

“Sana is based on 24 years of sleep research and has gone through extensive subject trials. While bringing continuous improvement to the experience, the company will need to now spend some time understanding which distribution channels are the most adapted for its offering,” he said.

The efficacy of the company’s goggles in early tests have led Sana Health to pursue a classification as a medical device from the FDA in the US.