‘If you can’t stand up, stand out!’. As startup taglines go, the seven words chosen by Izzy Wheels carry a lot more meaning than most. The Irish company, founded by siblings Ailbhe and Isabel Keane, sells a range of wheelchair spoke guards created by independent designers and illustrators that turn a wheelchair into a fashion statement. Or, better still, a form of self-expression.

For those of us who use a wheelchair, and whether we like it not, it is a part of who we are: visually, practically and psychologically. At its core, it is a source of liberation. And yet a wheelchair is rarely seen as a symbol of independence.

Because of the emotions it elicits in others, and the way they are marketed as medical devices, a wheelchair often carries quite negative connotations, which, when you pause to think about it — as this story has forced me to do — makes absolutely no sense at all. Izzy Wheels is unapologetically challenging this. 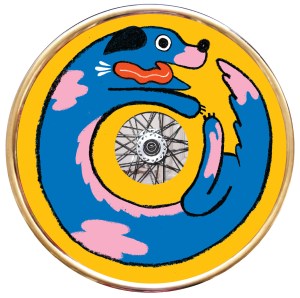 “Izzy Wheels are so important to me because they draw such positive attention to myself and my wheelchair,” says Isabel Keane, Izzy Wheels’ Brand Ambassador. “I am no longer seen as ‘the poor unfortunate girl in a wheelchair’ by passers-by. I am now seen as a stylish person with cool wheels. They really reflect the relationship I have with my wheelchair… Wheelchairs help, they do not hinder a person and now they do not hinder a person’s fashion choices”.

The notion that a wheelchair could be a “fashion choice” (or, perhaps, even that a person who uses a wheelchair can be stylish in the first place) is a refreshing attack on conventional thinking, but there’s a smartly seized business opportunity too.

A number of traditional wheelchair companies already sell colourful wheelchair spoke guards. However, these tend to be targeted at small children, prohibitively expensive and are not designed to be interchangeable. In contrast, Izzy Wheels spoke guards start from €99 and are attached by velcro straps so that they can be swapped out as and when your outfit demands. It’s as far removed from a medical device as can be.

“The problem is wheelchairs have looked the same for 100 years,” Izzy Wheels founder and Creative Director Ailbhe Keane tells me. “People have negative connotations with wheelchairs and associate them with sick or elderly people. A wheelchair can cost up to €10,000 and none of this goes towards the appearance of your chair. We want to give one of the world’s most underserved community of people the freedom to express themselves… Self expression is a right”. 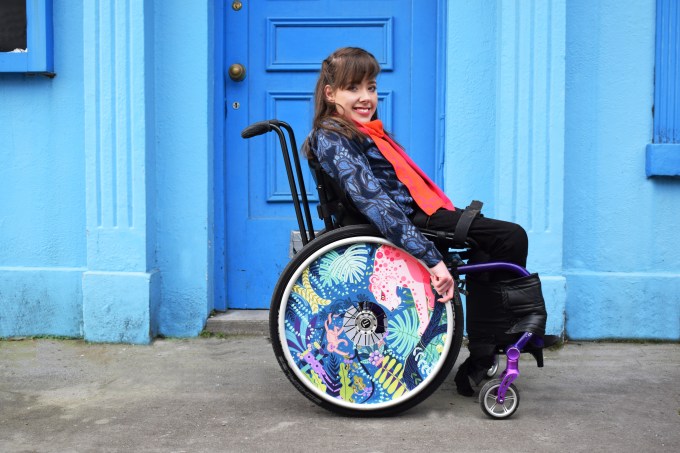 The company launched last September and has already sold “hundreds” of Izzy Wheels worldwide. Next up it plans to add personalization options to its range of spoke guards, inspired by products such as NikeID.

“Since launching, we realised the demand for personalization,” says the startup’s Creative Director. “We are currently working on a digital platform for Izzy Wheels called ‘Be-spoked’. This platform will give users the ability to build their own designs from a wide range of prints, colours, text and elements. We hope to launch this platform in the next few months”.

Meanwhile, Izzy Wheels has taken very little funding. It is currently on Enterprise Ireland’s New Frontiers Entrepreneur Development Program where it received €15,000 in backing, along with workspace and business mentoring. After winning The Accenture Leaders of Tomorrow Award, the startup will join the NDRC launchpad program later this year.

And if you weren’t convinced of the business case, I’m told there are 10 million wheelchair users across Europe and the U.S., with 2 million new wheelchairs issued every single year. We were promised flying cars, but, in the meantime, let’s give wheelchair users some decent fashion choices.