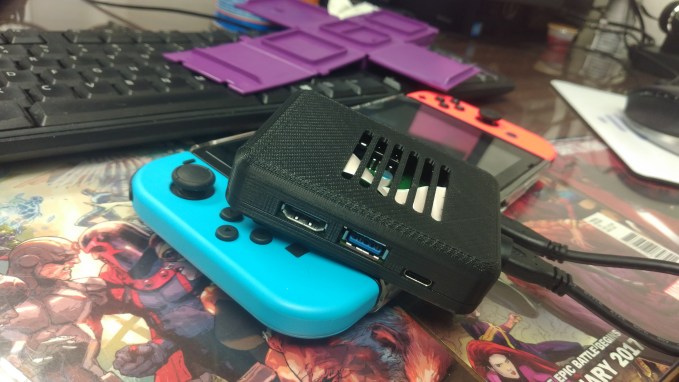 I love my Nintendo Switch. Almost an unreasonable amount, really. It’s traveled thousands of miles with me at this point, and I’ve probably traveled just as far around Hyrule in Breath of the Wild.

One thing the Switch lacks, though, is a more portable dock. A travel dock, if you will. Something that lets me hook my Switch up to TVs when I’m on the road without having to lug the clunky home dock around with me. As we’ve learned from various teardowns, the dock is pretty much empty inside except for a little 3″ board: 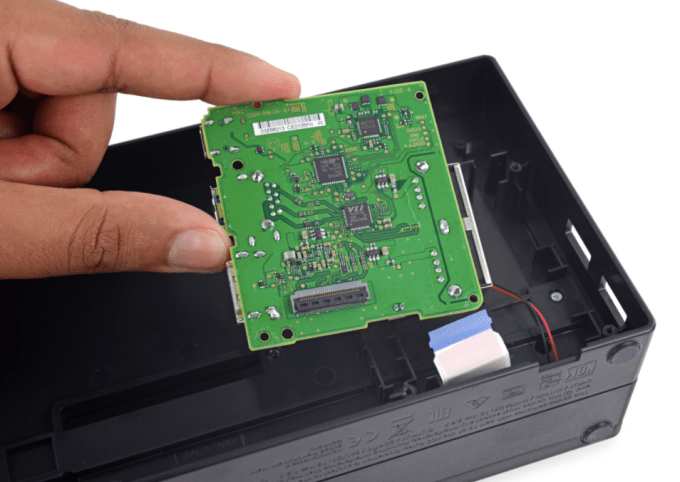 (This is what’s inside the official dock. Photo source: iFixit)

Why not make something more compact? This guy went ahead and did just that.

Redditor imnotashinobi gutted an official dock, 3D-printed a two-piece case that ditches all of that extra space, did some cable origami and boom: He’s got a dock that fits right inside the case he carries his Switch in. He calls it the “Dockling” (Duck, Duckling. Dock, Dockling. Clever!)

Rather than setting your Switch into the Dockling, you plug it in via USB-C. On the other end, you’ve got another USB-C port (for power) and an HDMI port (for hooking it up to the TV). It means carrying around an extra cable or two, but cables are a whole lot easier to stuff into a suitcase — and less likely to get crushed.

It’s still something of a proof-of-concept, but his eventual goal is to sell these cases (you’ll have to bring your own innards) to other folks who want something a bit more portable.

But really, Nintendo: people want this. If you don’t make it, someone else will.