Africa’s startup boom is moving into the used-vehicle space. Nigeria based Cars45.com raised a $5 million Series A round from the Frontier Cars Group, a holding company whose backers include Balderton Capital,  EchoVC, TPG Growth, and NEA.

Cars45 will deploy the capital to improve its platform that buys, sells, prices, and rates the condition of pre-owned autos.

“The used-car market in Nigeria is generally a big hassle. There’s so much mistrust, no vehicle history, and not much of a structured dealer network,” said Cars45 CEO Etop Ikpe. “We’ve created something that changes all that, offering transparency, speed, convenience, and safety, in a highly frictional and opaque market.”

The Cars45 process begins online, where owners enter their vehicle information for a free quote. They can then schedule an appointment at one of the company’s 13 inspection centers in Nigeria. 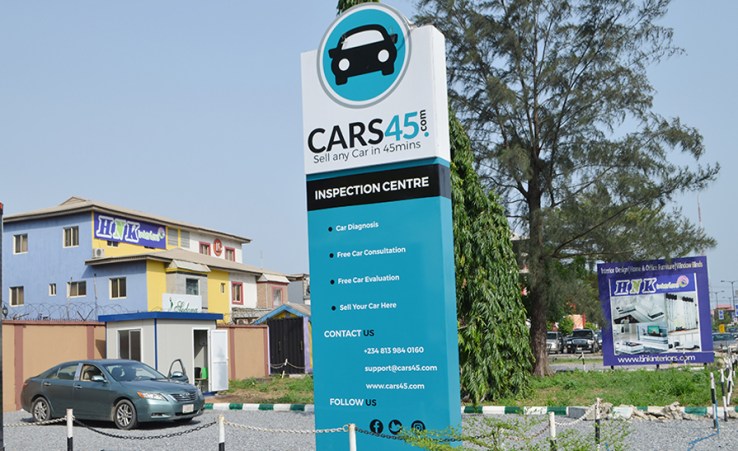 After a multi-point evaluation including engine, brakes, tires, and a road-test, Cars45 makes an offer. If accepted, the company commits to wire payment to the owner’s bank account within 45 minutes.

After pricing and creating a digital service history, Cars45 offers the autos it acquires to a private network of buyers, according to Ikpe. The startup’s revenue model―for the moment―is largely based on “fees from that private network of pre-verified buyers” who gain access to Cars45 vehicles, he said.

Ikpe underscored the potential for the platform to build out other revenue streams around Nigeria’s used car market, including inspection services, financing, and online auto research akin to Kelly’s Bluebook.

Though Ikpe would not divulge Cars45 value, volume, or revenue statistics, he said the venture has been actively buying and selling cars since launching, evidenced by customer Instagram shots. 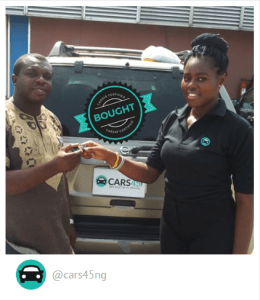 The average used car cost in Nigeria is around $5K to $7K, according Ikpe.

Cars45’s Series A funding comes as Nigeria has become a magnet for startup activity and VC in Africa, despite being in a recession. The country, which boasts the continent’s largest economy and population, produced Africa’s first startup unicorn in 2016 when a $326 million funding round gave e-commerce venture Jumia a $1 billion valuation.

As Africa’s internet, mobile, and tablet penetration increase, startups are adapting digital business models to multiple facets of its largely informal economic space. Many IT ventures, such as Cars45, Jumia, and MallforAfrica, are pursuing Nigeria-first growth strategies before expanding to other markets. McKinsey Consulting projects Africa’s annual consumer spending will reach $2 trillion by 2020 and online sales $75 billion by 2025.

Data on Africa’s relatively small auto-industry indicate this spending could continue to favor used cars, which make up 90 percent of Nigeria’s fleet. A 2016 study by Deloitte Consulting reported that in 2015 only 1.5 million new vehicles were registered across the continent’s 1 billion plus people. It listed the high cost of new cars in Africa as the main reason “second-hand vehicles dominate the continent’s automotive retail sector.”

Investor Eghosa Omoigui of EchoVC views Cars45 as a platform “to bring better information, trust, and liquidity” to Africa’s used car markets. “We felt it was one of those classic startup models that brings offline online and delivers technology into a very analog business market to create real scale.”

Cars45 CEO Etop Ikpe sees that scale occurring beyond in Nigeria and beyond. “We believe the opportunities are there to expand into other African cities with high vehicle sales traffic…and to operate similar models in emerging markets,” he said. “That’s still long down the line, but once the right time comes we’ll definitely go for it.” 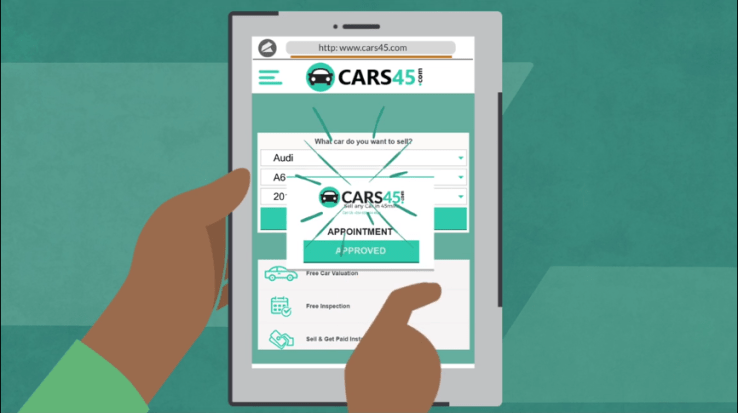