EVERFI Inc. has raised $190 million in Series D funding to teach students online the life skills and touchy subject matter that they never learned in school. A sampling of courses offered by Everfi range from “Harassment Prevention Training” for the workforce, to “Alcohol EDU” for college students and “Vault Understanding Money” for fourth-, fifth- and sixth-graders.

Everfi CEO and co-founder Tom Davidson said his startup operates as a for-profit, for-good venture. “We look at these major, intractable social problems and aim to eradicate them by educating citizens from second graders to seniors,” he said, “but we also want to be the dominant learning platform for major institutions.” 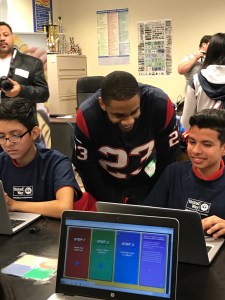 Though many do not want to be named, Davidson said, Everfi’s clients include: Airbnb, Google, Harvard, MIT, Oracle and several professional sports teams as well as 20,000 primary and secondary schools. More than 16 million individual students have earned certificates for completion of Everfi courses, he noted.

Everfi sells its software-as-a-service and digital curriculum to schools and other organizations rather than giving it away. The startup also allows sponsors to pick up the tab for a community’s use of the platform.

Everfi COO Tammy Wincup explained that the reason for this sales approach is to ensure Everfi’s technology isn’t only accessible to schools or institutions with financial resources. Similarly, the company designs its apps and courses to be utilizable on crappy old PC’s, or conversely, the newest tablets and smartphones, she said.

Based in Washington D.C., Everfi has been profitable for years. It raised the capital to develop additional courses, and to hire people in communities where it believes its online education can make a difference. A high preponderance of its employees are former teachers. Fifty-seven percent of the company’s employees are women.

After acquiring two smaller competitors, LawRoom and Workplace Answers, Everfi already reaches thousands of college campuses including many with high historic rates of alcoholism, addiction and student sexual assault. The company will continue outreach to campuses, but is also focused on reaching impoverished groups in the US across large cities with a high percentage of low-income residents, and rural areas throughout the South; as well as Native Americans living on Federal Indian Reservations. 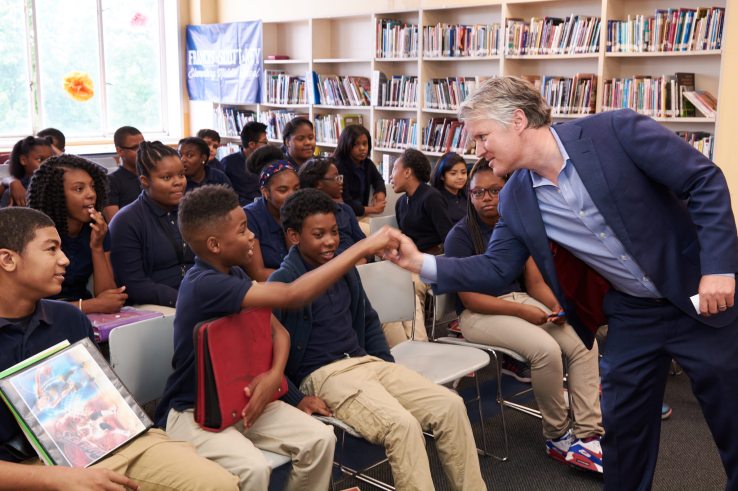 “We want to reach multiple generations and break the cycle of financial illiteracy and poverty,” Davidson said. The new investment in Everfi sounds hefty, especially in education, an industry where startups are more likely to be acquired than to go public. But Davidson said, “It feels like a drop in the ocean when you are going after such big issues. Too many education companies are going after giant problems with small bats. That doesn’t work.”

A Partner at TPG who leads the firm’s technology investments, Nehal Raj, said the Everfi’s social mission is not the only appealing thing about it. “We are very focused on vertical software leaders,” he explained. “Everfi has high relative market share, and is in a specialized or niche market. We also see a strong founder in Tom, who we expect to see this company all the way through to an exit, whether that’s through an IPO or a sale.” Earlier, TPG invested in Lynda.com which was acquired by LinkedIn for a reported $1.5 billion.

The Everfi deal also marked the first investment of the Rise Fund, a $2 billion impact fund within the TPG portfolio co-founded by TPG Partner Bill McGlashan and U2 lead singer and activist, Bono. The Rise fund only generates returns when companies it invested in perform well, financially. But it also requires its portfolio companies to measure and deliver positive social or environmental changes in the world.