Boom has set itself with arguably one of the most ambitious tasks taken on by a startup: To restore the age of the Concorde, but bigger, better, and more sustainable than ever. We took a trip to Colorado and visited Boom’s airport HQ to find out exactly what it looks like to be a company with fewer than fifty employees trying to make supersonic consumer flight a practical reality.

We got a tour of the facilities, which occupies a hangar on a small airfield peppered with aeroflight companies. The main visual attraction inside is the full-scale mock-up of Boom’s XB-1 demonstration prototype, which will be a human-piloted, smaller version of the commercial passenger jet it hopes to build, fly and sell to airlines around the world in the future. 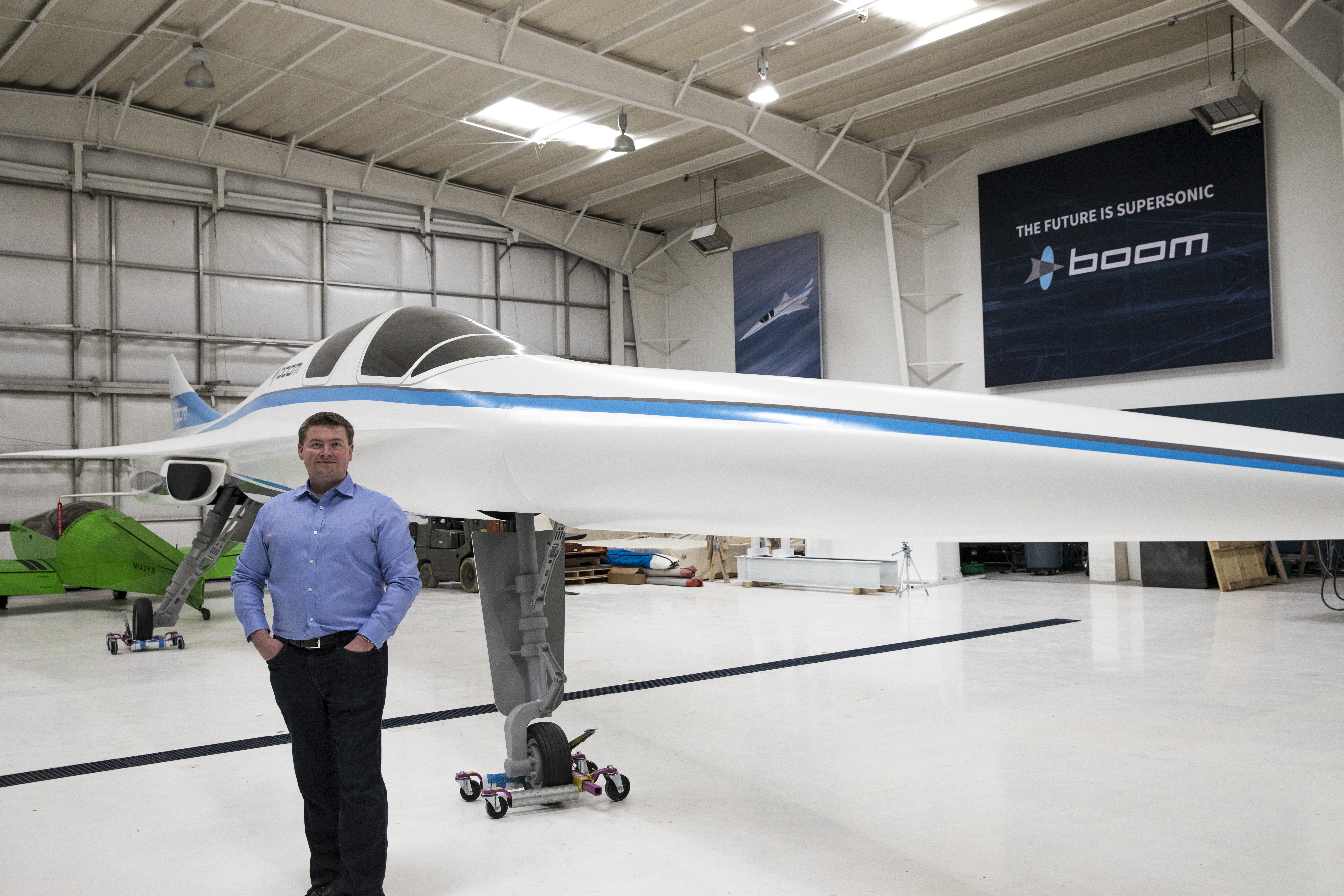 CEO and founder Blake Scholl is clearly passionate about his company’s vision, and obviously takes pride in showing us the mock-up, along with the much smaller, but more technically precise wind tunnel testing model. He’s equally proud of his team, when he shows me the cramped engineering office above (they’ll outgrow it very soon, Scholl says) and can speak to basically every aspect Boom’s technology and aircraft design – despite his seemingly unrelated background as a network technologies, automated advertising and ecommerce entrepreneur and executive.

Scholl has his private pilot’s license, however, and besides being an avid student of aeronautics engineering, can also spot top talent in others. His team, including flight control systems engineering lead Erin Fisher, a Notre Dame graduate and former NASA intern who told us Boom proved an appealing place to work because of its potential impact on air travel and the flight industry. Fisher noted that it’s rare for aerospace engineers to get an opportunity to work so closely on something so game-changing, especially early on in their career.

Boom’s game-changing tech has humble beginnings, however; the company was in the process of curing its first full-scale stress testing part for the XB-1 Demonstrator when we visited, which involved a hot air blower and a roughshod hand-built ‘oven’ consisting of blocks of foam cut to measure, wrapped in aluminum foil and assembled into a box. Once the carbon fiber part is fully baked, it’ll undergo stress testing designed to break it, in order to make sure that Boom has the design right in terms of maximum load tolerances. If it fits the simulated predictions, it’ll go into production for use in the XB-1 during its first test flight, planned for next year.

While Boom has set itself a high target, and still faces a number of hurdles, not least of which is getting a working plane in the air, the company seems to have the ingredients necessary to make magic happen, including a recent funding round that Scholl says they have all the funds they need to begin flying the XB-1 Demonstrator.

Clients are already calling, too, and the company has had discussions with a number of airlines. Still other challenges, including getting the regulations around overland supersonic flight in the U.S. changes, remain to be tackled, but you have to start somewhere if you want to make flying at the speed of sound as affordable and accessible as business class is today.