Science itself may be nonpartisan, but the March for Science this weekend simply couldn’t be.

Demonstrators, many tech workers among them, turned out in an estimated 600 cities around the world to rally for science and its role in policy-making. The march was organized after the Trump administration proposed and began to implement steep budget cuts to federal science agencies in the U.S., notably the Environmental Protection Agency and the National Institutes of Health.

In San Francisco, droves of researchers and educators showed up from the area’s major universities, hospitals, tech firms and nonprofits. Some sported a pink, knitted hat that looked like a human brain, an answer to the “pussy hats” affiliated with the Women’s March on Washington. 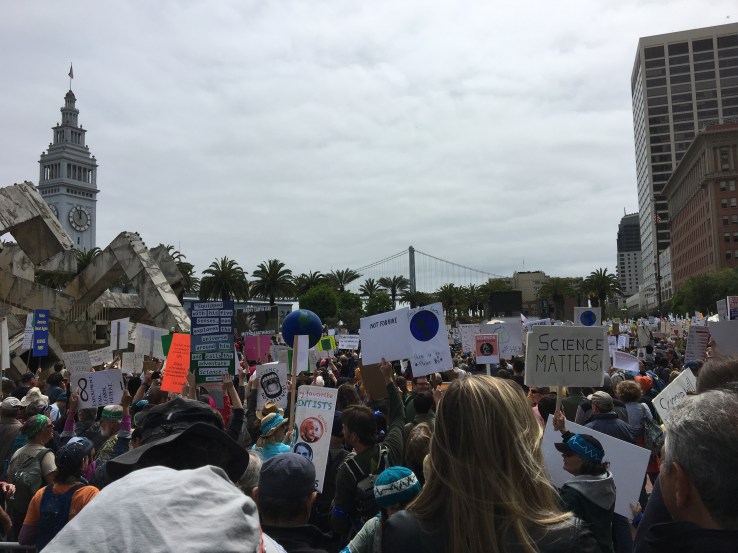 Demonstrators at the 2017 March for Science in San Francisco.

In a March for Science mission statement, organizers said their event was meant to be non-partisan, and a “celebration of science” that could help bridge the “divide between the scientific community and the public.” A Washington Post OpEd predicted that a nonpartisan event would be nearly impossible to deliver.

Truly, there was no way organizers could block anti-Trump demonstrators. Trump has, over the years, confused weather with climate, accused the CDC of “bringing Ebola to the US,” and suggested wind farms should be “outlawed,” because they are “disgusting looking” to him. He’s seen as anything but pro-science. 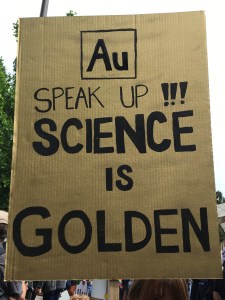 Still, some conservatives showed up at the rallies. One group marching in several cities, (even liberal-dominated San Francisco) brought signs calling for more science education to sway people to a conservative, anti-abortion point of view.

Despite their inclusion, the marches were seen as leftist. Many engineers and other tech workers at the San Francisco March for Science declined to discuss their participation on the record, citing uncertainty about employers’ press policies and a belief that science should be nonpartisan.

However, many also sported logos from and confirmed they worked for recognizable tech brands, including 23andMe, Prothena, IBM, SpaceX, Salesforce, Slack, UCSF and others. Some felt more free to discuss their reasons for marching.

Rex Animal Health founder and CEO Amado Guloy said without scientists’ original research there is, essentially, no tech industry. Rex Animal Health makes affordable health testing kits for livestock farmers and software to track and manage bovine health. Guloy said: “Everything in tech today, from our smartphones to the cloud servers that run the apps and services, we now take for granted, like Uber or Yelp are here because of science. It was scientists working together with fundamental research in signal processing, and so on, who came up with those things.” 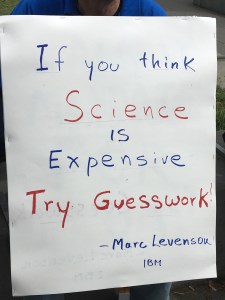 Another engineer in the San Francisco march was Andy Frazer, who works for Synopsys, the electronic design automation company in Mountain View, Calif. “People are trying to send a message to the executive branch of the government that science is more important than a political tool,” he said. “Without investments in science, engineering doesn’t happen. All these developments that we want to improve our food supply, energy and medicine will stop or slow down.”

Frazer noted that engineers, who typically started out studying science in school and feel brethren to scientists, are increasingly concerned that the U.S. government under the Trump administration would cut budgets for agencies like NASA and NOAA. Following the sweeping cuts at the EPA and other agencies he said, “You just don’t know what could happen, even if you think a particular project or office is untouchable.”

Ian T. Fisk, the executive director of the Mentor Capital Network, an accelerator that invests in for-profit, for-good tech startups, said that tech investors and entrepreneurs should work hard to cultivate a pro-science culture in the U.S. no matter their political affiliations. 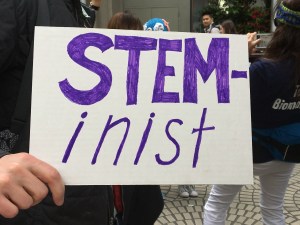 “Baseline research that can be successfully and affordably commercialized comes from universities and hospitals that have some form of U.S. government support, grants, tax breaks or something. And people who get computer science degrees or PhDs are getting them at universities that also have government support. When that goes away, so does the talent,” Fisk said.

A computational biologist and post-doctoral scholar at UC Berkeley, Shannon McCurdy said that after the march, she is hoping the tech industry will show support for science in material ways. “It’s important to show that we value using the scientific method in everyday life and to advance knowledge. But some practical things that the tech community can do to support science are to devote funding towards programs that get kids engaged in and practicing science. And to keep using science in their products, while creating jobs for scientists outside of academia.”