Anyone who thinks paper books are dead has never been in a Barcelona bookshop the day before Sant Jordi. The Patron Saint festival is Catalunya’s equivalent of Valentine’s day. But as well as giving long-stemmed red roses people give books. Lots and lots of books. Some €20 million worth of books are sold (gifted) on the day itself.

April 23 also happens to be World Book day — a more recent celebration of ink spilt on the printed page. But in Barcelona today is El Dia de Sant Jordi.

In the days leading up to the festival every bookshop in the Catalan capital is packed with people, tables piled high with shiny paperbacks perpetually ringed by shoppers seeking the perfect literary gift. Stop for a moment to thumb through a title and you’ll invariably be jostled aside by the sheer force of foot traffic as book buyers criss-cross each others’ alphabetic desires.

This year the bone-white balconies of Gaudí’s Casa Batlló have been dressed in skirts of red roses to mark the occasion, catching the eyes of a smattering of tourists who stand in Passeig de Gracia taking what I imagine they believe to be romantic selfies. Meanwhile, across the road in the book-lined aisles of Casa del Libro, another expression of love: the cash registers are under siege like it’s Christmas eve.

According to 2015 statistics from the city government, Sant Jordi represents between 5% and 8% of regional booksellers’ annual turnover. Some 1.5 million books were sold on the day alone that year. This year I watch Saturday shoppers who have successfully made their last minute gift selections stand like communion takers in queues that snake up to twenty people deep into the aisles. You really have to wonder how many more books would be sold if the payment process wasn’t such a bottleneck and could rise to meet the demand.

Casa del Libro is Spain’s largest bookstore chain, so I’m not too surprised to find it has an e-book section — where it sells its own e-reader (called the Tagus). On the eve of Sant Jordi, this brightly lit but decidedly pequeño corner looks very forlorn indeed as shoppers push past it looking for paper. It goes without saying that no one wants a lover who gifts an e-book. Perhaps one reason why sales of paper books look to have picked up, and e-books may have plateaued…

In smaller bookshops in Barcelona extra staff are standing by to individually wrap the books you buy — like the barrio bookstore I wander into later, leaving with a copy of Pier Paolo Pasolini’s Poésie en forme de rose freshly bound in red paper. The shop’s backroom has stacks of antique books right up to the rafters and is busy with browsers long into the evening. A pianist in the corner provides a live score. It’s clear Sant Jordi is not just about buying books; it’s a festival of mood and literature. Around the city in the days leading up to April 23 writers give talks, read poems, tell stories.

On the day itself the streets fill up with even more people and color as book sellers and rose sellers man their tables and buckets, and couples walk hand in hand between. Rose stalls outnumber book stalls by about 4:1 even though petals aren’t always cheaper than paper. Many stalls are selling in aid of a local cause like a school trip or a charity such as Save the Children. In Plaça de Catalunya you might be lucky enough to stumble across a favorite writer signing copies of their latest book. Equally you can savor strolling through the calmer buzz of a local barrio turned out together into the streets. Sant Jordi is a celebration of how something that’s bound within can be displayed without, be it inside the pages of book or the unfurled beauty of a flower. It’s a celebration of the energy that goes into the process of creation, individually and collectively. It’s as much about emotion and sensation as it is about books and reading.

I’ve lost count of the number of articles I’ve seen asking whether e-books equal the death of paper. To my mind that’s like asking if a digital screen means the end of roses because you can digitally display a flower on a screen. Clearly there’s a place for screens, and there’s a place for paper. Two different formats, two different messages — and a whole range of uses and utilities. Buying a book can be about accessing information as you can access information via a screen. Equally it can be about something radically different — like saying how you feel or what you hope without needing to articulate that exactly. The medium can be an essential part of the message, especially so where gifts are concerned. Common sense says a digital rose does not smell as sweet as the real deal. Nor does an e-book contain the depth and history of paper.

Maybe someone, somewhere will invent a better e-reader that does not lock books inside a single-format push-button frame. It would also need a new type of e-paper that feels and acts much more like the real thing. Something that could be bundled into stacks and have readers scribble on it, bend corners, flip pages back and forth, feel the heft and weight of the book and be able to contemplate their place in it. We’re not there yet. Especially as technology loves an upgrade, not a patina. Perpetual erasure is very hard to get sentimental about. It would also make for a very nihilistic kind of fiesta. And that’s before you even consider suggestions the human brain might actually retain and comprehend information rather better when reading and writing on paper vs screens. (Which — if true — would really give paper a cutting edge.)

There’s also so much space for interesting interplay between the formats we humans love to engage with (in this case screens and paper). Which means there’s room for cross overs from digital to print too, just as there has obviously been plenty of publications going the other way. Here’s one local and pertinent case in point: Yo Fuí a EGB is a Facebook page set up in 2011 by two Generation X Spanish guys, Jorge Díaz and Javier Ikazt, who started out by posting photos and videos of stuff they remembered from being kids in the 1980s and going to a typical Spanish elementary school. If that sounds a bit niche, cuidado, it’s not. The Facebook page has more than 1.2M likes, and the interest generated from the community they built digitally has been transformed into multiple best-selling (print) books, board games and now even a TV series. (Yes, there are e-books too.) So an engaged digital community that remade long lost physical ones has been successfully repurposed into multiple different formats — including ‘old school’ ink and paper media. Really this should surprise no one. 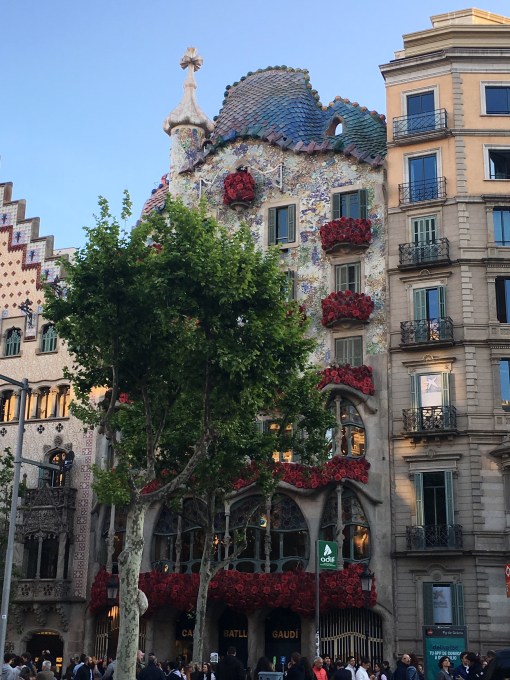