Well, this is something else. A bunch of mostly male Uber employees decided to get together to spray taint (paint) a wall in San Francisco, basically begging people to reinstall the app if they’ve deleted it in light of all the scandals at Uber, The Verge reported. The employees painted “Undelete.”

Why “Undelete”? Well, it refers to the days when we all freaked out (rightfully so) at Uber for its ties to 45, and then again following Susan Fowler Rigetti’s claims of sexual harassment at the company.

“Uber came by our San Francisco gallery to create a custom mural on our wall!” graffiti and street art organization First Amendment (1AM) wrote on its blog. “This team building activity is great for large groups that want to experience the process of creating a giant mural together along with learning the history of graffiti and street art.” 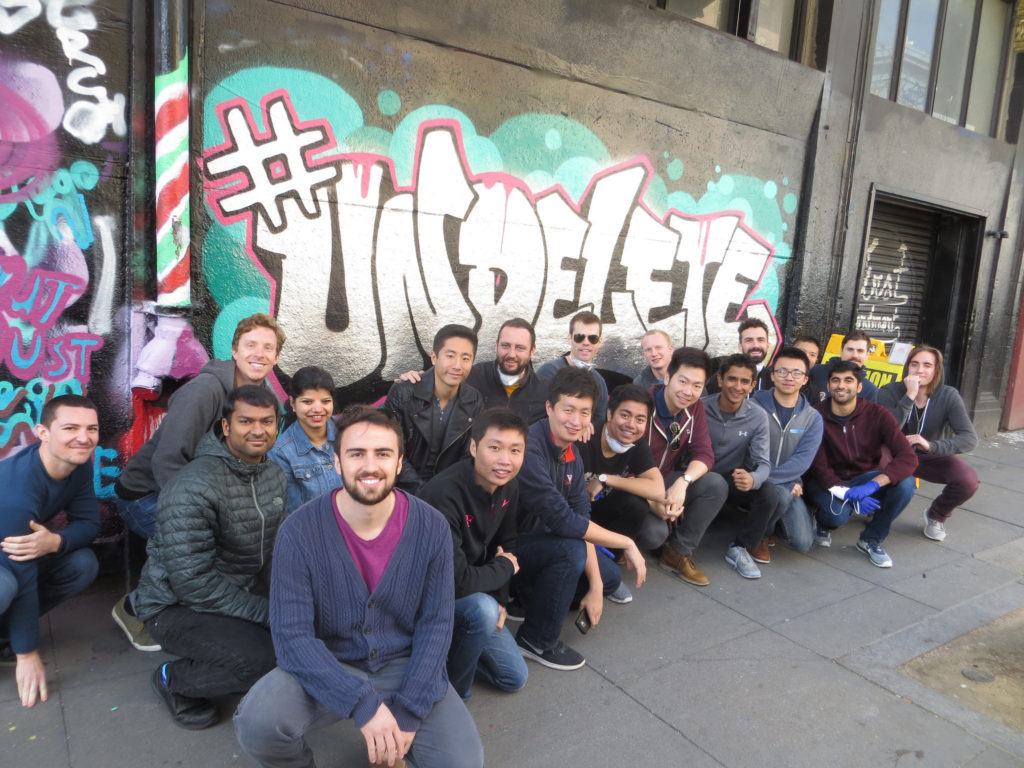 Aww, look how happy they seem!

To be honest, this does seem like a really cool way to bond with teammates. But it’s just hilarious that these employees, based on the photo above, were mostly male. I wonder why more of Uber’s female employees didn’t want to be a part of it 🤔.

I’ve reached out to Uber about this and will update the story if I hear back. In the meantime, holler if you spot the mural out in the wild!