If Black Mirror is anything to go by, rating everyone around you isn’t always a great idea, but Completed wants to make it easier to rate and rank the business professionals around you. It’s kind of like Yelp, but instead of rating companies, you’re rating the people within the businesses. The San Francisco-based company wants to use these ratings to shake up both hiring and career development.

“Constructive criticism of employee performance is extremely valuable. It creates accountability, which can be influential for career development and hiring,” Michael Zammuto, CEO of Completed said. The company just came out of a month-long beta, during which the company added 150,000 people to its database.

When you go through the company’s sign-up process, it becomes extremely obvious that while the rating side of the company is a great hook and a reason for people to sign up, Completed firmly has LinkedIn in its crosshairs. Makes sense, too, perhaps, after Microsoft snapped up the professional social networking site for $26 billion and change, and has had a less-than-stellar run ever since. One of LinkedIn’s early engineers, Leo Polovets, puts it well:

I used to think LinkedIn could only get better from its current state. Then the redesign happened and I found out I was very wrong. https://t.co/shrW1KZjfa

But as many other companies have found through the years, a solid network effect means that no matter how bad LinkedIn might be to its users, it’s extremely hard to shake loose its ninja grip on the market of professional networking. That isn’t stopping Completed from giving it a whirl, however.

“We’re extremely excited to officially launch Completed. Professionals will finally be able to be rewarded for good work and have a chance to get constructive feedback to improve,” Zammuto says, describing his new company as an enabler of “a true Meritocratic Society.” 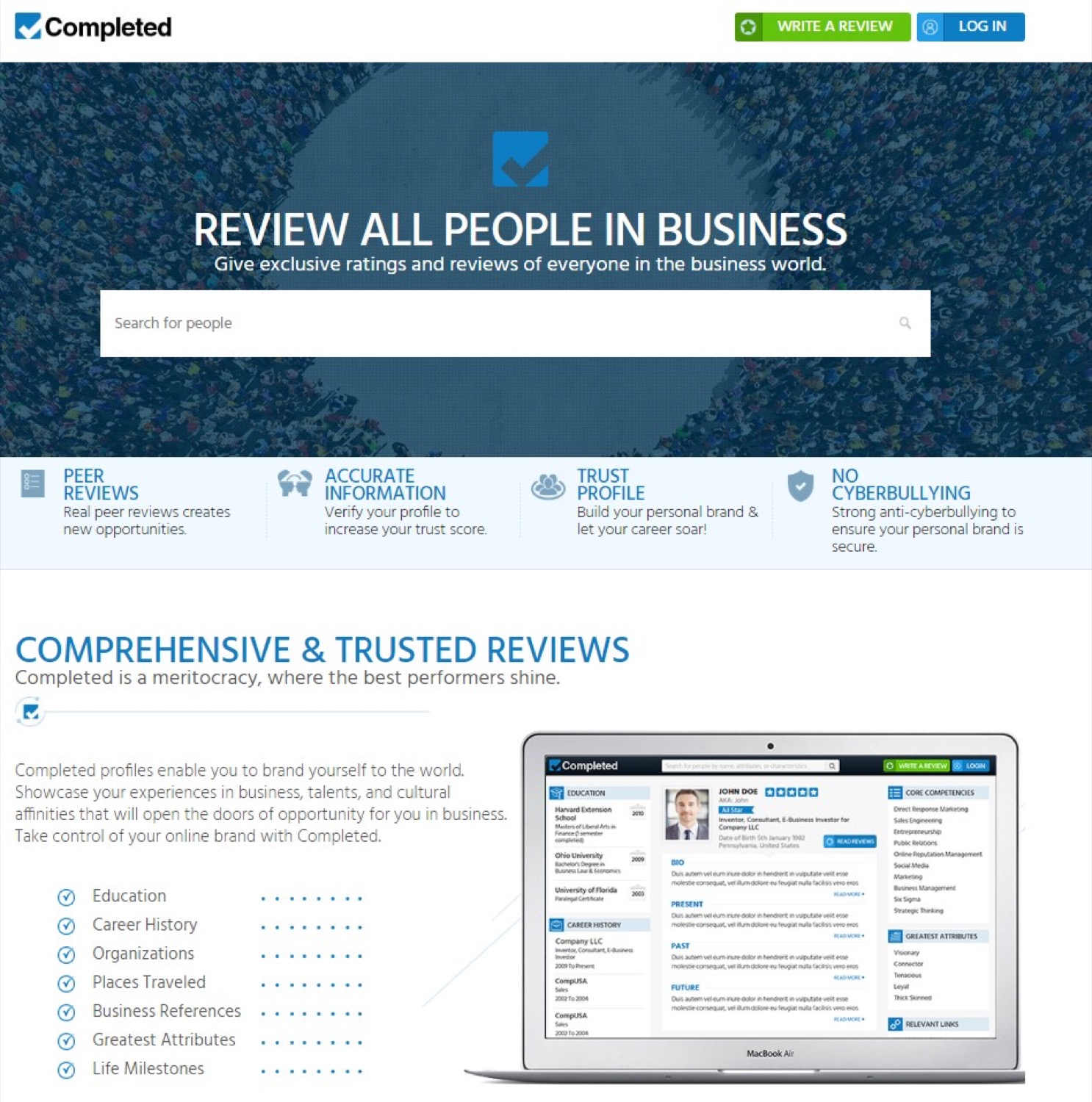 From launch, the company has been successful in resolving some of the challenges with which other rating-style companies have struggled. The company advertises “a strict anti-cyberbullying policy that prohibits harassing, threatening, embarrassing and targeting reviews,” for example. There’s also a mechanism in place where users can interact with reviewers to ask questions or resolve feedback they feel is unfair. How well this works in practice is obviously still to be seen, but it means that there’s at least a fighting chance to stave off the fake news epidemic from our personal lives.

The site launches to the public today, as the company announces a $150,000 seed round to help keep the wheels a-turning.