Xiaomi unveiled its newest flagship smartphone — the Mi 6 — today at an event in Beijing, having skipped Mobile World Congress, the telecom industry’s largest annual event where it announced the Mi5 last year.

There’s plenty at stake with this new device, given that Xiaomi suffered a sales slump last year with CEO Lei Jun admitting that the company has entered a transitional period after growing too fast.

Well, the first thing to note is that there are plenty of similarities to the iPhone 7, but price isn’t one of them. The entry model — featuring 64 GB of storage — comes in at 2499 RMB, that’s around $360, with a 128 GB option (2899 RMB, $420) and ceramic edition (2999 RMB, $435) completing the range. All three are far cheaper than iPhone equivalents, but, interestingly for Xiaomi, the range is more expensive that the company’s usual flagship prices.

The most obvious iPhone comparison is that there is no headphone jack on the Mi 6, just as Apple elected with last year’s iPhone 7. Whether the Chinese company is following the trend, or doing what makes sense for itself in this instance, that is already ammo for Xiaomi skeptics.

But that’s not all. In a further parallel, the 5.5-inch Mi 6 includes a 12-megapixel dual rear camera — à la the iPhone 7+ — which mixes a wide-angle lens and a telephoto lens. Like the iPhone, the Mi 6 includes a bokeh-style photography option, alongside 10x digital zoom, 2x lossless zoom, and optical image stabilization (OIS) technology. Also on board is an under-glass fingerprint sensor on the front. Xiaomi shipped a similar sensor in the Mi5s Plus last September and, if you believe leaks reported this week, Apple may have similar plans for its next iPhone. 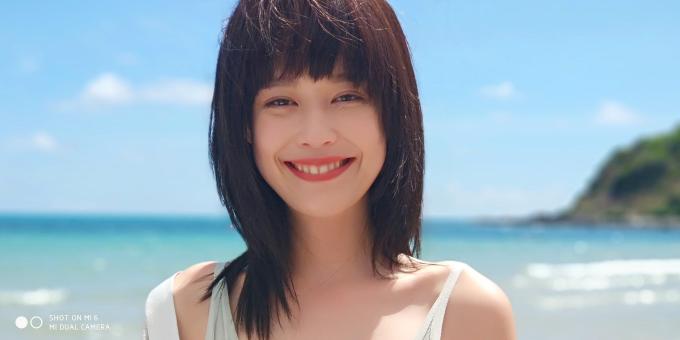 With the Mi 6, Xiaomi has bumped up its RAM to 6GB, the most it has ever offered in a smartphone. The device is powered by a Snapdragon 835 10nm processor with a 64-bit, octa-core CPU with a whopping 3350 mAh battery that the company said will last a day thanks to “optimization” controls built into its MIUI operating system. Xiaomi announced its own-designed processor in February but it isn’t present here. The chip — called the Surge S1 — made its debut in the Mi5c two months ago but it will take some fine-tuning before it is part of a flagship.

Visually, the device is a departure from the Mi5 with curved edges that Xiaomi said are made possible through its use of “four-sided 3D glass,” while there is a new silver color option that includes a mirrored finish and that rather fetching ceramic model. Other notable features include dual speakers for stereo audio, improved 2.2 dual Wi-Fi technology, and new screen options that include a new night display and reduce blue ray output.

The phone goes on sale from Mi.com and Mi Home Stores in China on April 28. An international expansion to “selected” markets will come later, Xiaomi said, although it didn’t provide specific dates for that.

Is this new package enough to regain ground that Xiaomi lost in China?

Xiaomi appears to be seeking a halo effect with a new flagship that is packed full of tech which, on paper at least, compares favorable to the iPhone and Samsung’s Galaxy S8. The company has always sold higher volumes with its lower priced phones — its Redmi range is priced around $150 — so expect the Mi 6 to be a mark in the sand for what its technology and manufacturing chops are capable of. (Although it opted not to innovate on the near-bezel-less Mi Max that won critical acclaim last year.)

The challenge facing the company is tough. In 2016, rivals Huawei, Vivo and Oppo were among the challengers that rose up with competitively priced phones and strong offline distribution reach to knock Xiaomi off the number one perch for smartphone sales in China. Lei Jun has promised to bounce back and expand Xiaomi’s offline commerce efforts, while he intends to continue its ‘smart device’ ecosystem push to increase customer engagement and generate increased revenue. Indeed, the Xiaomi CEO recently likened his firm to U.S. retailer Costco rather than Apple, the latter being a common comparison made in previous years.

Overseas, it remains unclear how Xiaomi’s internationalization effort is going, particularly following the departure of Hugo Barra, who led the project but has since move on to Facebook. Xiaomi revealed it cleared $1 billion in revenue in India, its second largest market behind China, last year while Lei Jun added today that it ranks second in the country, but nothing has been said of its performance in the other 20-odd countries where its phones are sold.