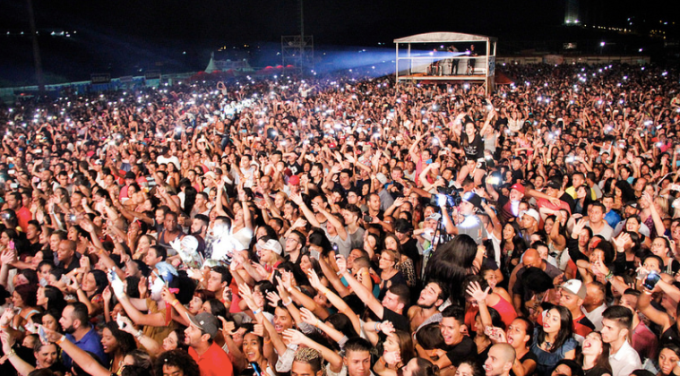 There are rules that every seasoned concert-goer knows: Drink lots of water. If you see someone who looks like they’re about to faint after a day of being blasted by the sun, help them. Don’t be a jerk.

Seems it’s time to add another to the list: watch your phone!

Concerts and music festivals are like heaven for pick pockets. Cram a few thousand people elbow-to-elbow for hours on end, and no one really notices when someone “accidentally” bumps into them. And if you catch’em in the act? They’ve dissolved into a crowd of strangers by the time you’ve realized what’s going on.

Take this guy at Coachella who just got busted with over 100 phones in his backpack, for example. The magic of Find my Phone!

“But why?!” you might ask. “Can’t most phones be rendered useless/worthless minutes after they’ve been stolen now?”

Sure — the phone, as a whole, can be locked down and made useless. The parts inside it (the screens, the glass-backed and oft-replaced cases, basically most bits but the logic boards), though, are still valuable when pieced out. And if the thief is going the identity-theft route, the one-off phone without a PIN is a treasure trove.

If you’re going to shows on the regular, it might seem obvious — hell, you’ve probably heard some horror stories first hand (I know two people who’ve had phones snagged at shows this year alone.) But with concert/music festival season being upon us, there’s plenty of music lovers hitting up their one show a year — so tell your friends.