Zoltan Istvan Contributor
Zoltan Istvan is a futurist and 2018 California gubernatorial candidate of the Libertarian Party.
More posts by this contributor

Between now and the end of Donald Trump’s first term in 2020, it’s likely millions of jobs in America will be lost to automation, software and robots. Depending on how fast technology evolves, that human job-loss number might even rival that of the Great Recession of 2007, where more than eight million people were put out of work, and America’s banking system nearly collapsed.

By 2030, the job losses will likely be in the tens of millions. McDonald’s will flip burgers with machines, Amazon will deliver packages with drones and taxis will all be self-driving. Even white-collars jobs, like those on Wall Street, will be replaced by artificial intelligence — the world’s largest hedge fund has already set plans in motion for this.

Like the Titanic, capitalism is sinking, but few passengers are wondering yet if there are enough lifeboats.

I recently declared my run as a Libertarian for California governor in 2018, and I gently support the idea of a state-funded basic income to offset the effects of ubiquitous automation. A basic income would give every Californian some money — and it makes sense to start such a dramatic program here in the Golden State, since this is where much of the human-job-replacing-tech is created.

My Libertarian friends are skeptical of my support for a basic income. They insist the only way to pay for such a program is via higher taxes. This is not true; other ways exist. California could potentially cut deals with the federal government to lease its empty land and natural resources to help pay for a basic income.

After all, state and federal resources belong to the people, and 45 percent of California (more than 45 million acres) is government-controlled land, leaving vast areas idle and mostly undeveloped. 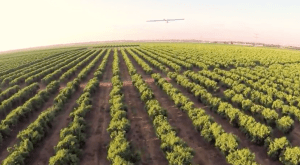 Environmentalists go bonkers at this idea, but they fail to understand modern science and how fast it’s evolving. Take for example: wood — one of the most commonly used natural resources in the world.

Everything from homes to furniture to Starbucks coffee cups are made from it. But that’s unlikely to continue. In 20 years’ time or less, dozens of stronger materials are likely to be constructed in laboratories that require far less money to mass produce than it takes to grow and harvest timber — in fact, various companies are already working on this right now. Using forests for building materials is way too laborious to survive in the 21st century.

And even if it did, it would only be because genetic engineering and nanotechnology would allow us to grow trees at many times the current natural rate — something scientists are also already tinkering with.

The story of the timber industry’s future is not unique. Other major Californian natural resource businesses — such as fossil fuels, agriculture and fisheries — will suffer the same extinction or complete technological transformation of its industry.

The world is changing. Nature will no longer be what the Earth gives us, but what we create of Earth with our radical new tools.

Despite opposition by environmentalists and Luddites, we should consider focusing more on humanitarian possibilities from use of California’s natural resources. We can do that by distributing those resources directly back to the people — in a monthly monetary form the average citizen can use for healthcare, food and opportunity.

California could potentially cut deals with the federal government to lease its empty land and natural resources to help pay for a basic income.

The Federal government’s net worth of natural resources is at least $130 trillion dollars. California is the third largest state in the U.S., and its 45 million federal acres of land could be worth $10 to $20 trillion dollars.

As a potential governor, I wouldn’t advocate for actually selling off California — nor destroying its natural beauty — but rather leasing it out. This would mean that the bulk of land and natural resources — as well as its value — always remain California’s in the long run. This type of deal would be easy to administer; there are endless businesses and ventures out there that will gladly pay the people to make something of idle lands and untapped wealth.

It’s also true that some limited amount of federal land in California is already leased out for profit by the Bureau of Land Management (BLM) and U.S. Forest Service (USFS).

Along with California’s state and national park tourism, as well as other wilderness and recreational areas that charge fees, these endeavors make good money. But you and I, as tax-paying residents, don’t really feel it or know about it — and we certainly don’t get a paycheck for it. I’d rather California be like Alaska, where everybody every year gets cut a state check.

And how much money would Californians receive every year from its natural resources, assuming we use its midpoint valuation of $15 trillion dollars? It turns out, quite a bit, if at least 75 percent of the state’s federal land was leased out and it provided a 5 percent return, which is pretty standard.

If every household — and there are about 13 million in California — received this sort of 5 percent annual payout, it would be about $57,500 per household, or nearly $5,000 a month. In short, it would dramatically change the lives of tens of millions of people — especially the nearly 40 percent of Californians who live at, below or near the poverty line of $24,000 for a family of four. 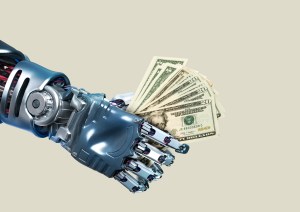 Surprisingly, by utilizing California’s land and natural resources, it would be more than enough to create a permanent livable basic income for everyone in the state — in fact, there would be so much money in the state coffers that we could dramatically cut taxes, too. California wouldn’t need to worry about its poor, about Medi-Cal or about low-income housing again. Right now, California has some of the highest taxes of any U.S. state, but that could all change as the state’s poor would instantly receive middle-class incomes. Entire government aid agencies could be shut down.

Naysayers will beat their chests about this plan, citing all the reasons it could never happen. But like it or not, in the future, a basic income must happen. The alternative is downright dystopian, since the issue with robots taking everyone’s jobs will inevitably lead to a dangerous climax: revolution, or no revolution.

For example, if driverless trucks take away the 3.5 million human trucking jobs in America (which is on track to start happening in the next three to five years), what will those truckers do? Many of them will not be able to get other jobs or be retrained, because robots will soon take those jobs they trained for.

The thing to know about truckers — and I personally met quite a few of them during my cross-country Transhumanist 2016 presidential campaign bus tour — is that most of them are proud, gun-bearing tough guys — the kind you want at your side when a fight breaks out in a bar. It would be wise to offer them a livable income in return for the robots taking away their livelihoods — otherwise, there’s a real chance they’ll revolt and cause much civil strife.

Naturally, the same will happen when you take away the other tens of millions of jobs inevitably to be replaced by 2030.

We should all remember it’s not like this dilemma of government transference is brand new either — it just happens to be kept mostly quiet.

Nearly half of Americans already receive some sort of government assistance to live on — quite possibly, so they don’t revolt, whether at the voting booth or by civil disobedience. This support includes welfare, food stamps, Medicaid, social security and myriad other programs. And the brunt of it is borne on the taxes we pay. 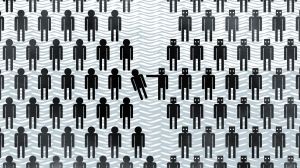 One of the core principles of Libertarianism is the non-aggression principle — the idea that unprovoked aggression against a person or their property is morally wrong. The thorny 21st century question for all Libertarians is: Does technology — specifically automation that takes away livelihood — qualify as immoral aggression against people?

While the classic Libertarian philosophy would say that a free market place is the best one, and I do believe this is true economically, such ideology is too tough to swallow for the tens of millions of workers who are slowly realizing machines will soon make competition all but impossible for them. Our entire economic system will need to change, or it will lead to riots, an overwhelming homeless population and huge swaths of Americans that go hungry. It will also lead to extreme inequality, a major factor for why wars start.

Before going any further, it’s important to note that basic income isn’t entirely new for Libertarians. In the past, a number of Libertarian thinkers, like Milton Friedman and Charles Murray, have supported forms of basic income, praising the fact it would inevitably swallow the plethora of government aid programs.

The savings by this massive government consolidation into a single payer payout could save hundreds of billions of dollars by eliminating administrative costs and wasteful bureaucracy.

Some of my friends will say as a Libertarian I lean too left, and my support of a basic income is too government-oriented. But I think it presents an incredible opportunity for Libertarianism to grow into a bona fide leadership role on the national political stage — especially if it can do so with tax-free-emphasizing alternatives, like leasing out federal land.

I think the Libertarian Party could be the first major political party to embrace the new economic order — and gain prominence by it.

I agree with him. We love the rights of our neighbors and ourselves, and we will protect them. 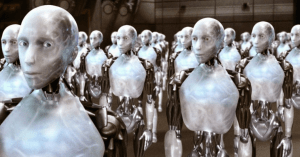 However, when no one can compete against machines because our own inventiveness has outdone us — and the great majority of us have no way to survive — we must step in to love ourselves and our neighbors enough to protect our essential ability to exist.

A basic income is about national and state ownership rights of all citizens and the free market creating a birthright paycheck that protects us all in the machine age, and I believe it’s in direct support of a broad interpretation of the libertarian non-aggression principle. It’s about returning our country’s resources directly to the people so we can all thrive — and no person or machine can steal our wealth or fundamental livelihood.

Despite what many conservatives or liberals think, Libertarianism is not an economic system, but a social philosophy based on protecting rights of the individual. Government is not the enemy or the savior of the people. Government is just a mirror of our united selves, through which we can transfer the resources of the people to the people. In the machine age, that allocation would best begin with a basic income, facilitated by fully monetizing our country’s natural resources for citizens to financially utilize.