Speeding strapped in a chair with feet dangling free over a 1,200-foot drop, I try to imagine this isn’t a thrill ride tourist attraction, and is instead a key safety system astronauts will rely on during crewed space launches. Because that’s what it is, really – with a few changes.

Boeing and the ULA are getting closer to launching their CST-100 Starliner aboard an Atlas V rocket, as a private contractor shuttling astronauts to and from the International Space Station. The space companies wanted to give a true demonstration of their progress, so they invited us to check out their Emergency Egress System (EES) in action – not on a space center pad on a working rocket, where it’ll eventually provide crew an abort option prior to launch, but on a zipline spanning Colorado’s Royal Gorge.

The EES is a key component of the UlA and Boeing’s plans to operate a regular commercial shuttle service for original operations. The ULA’s use of a slide-wire system basically operates like a zipline, providing a quick way for crew to get from the shuttle Starliner shuttle atop the Atlas V down to the relative safety of the ground (where they’ll get into what is essentially an armoured personnel carrier to drive the rest of the way to safety) in a minimal time, and without having to rely on ejection seats or rockets attached direct to the crew capsule that can separate it from the main booster. 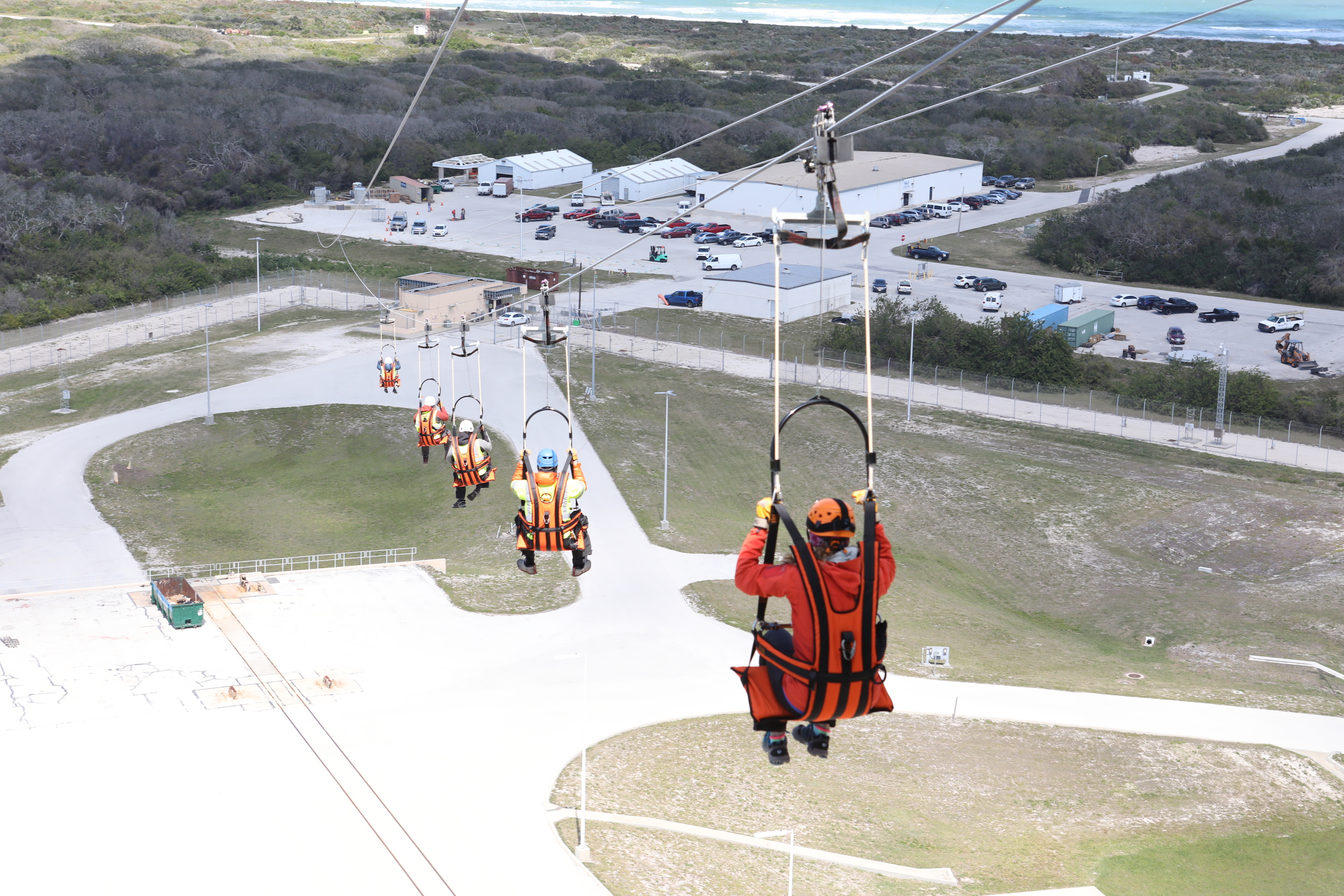 From zipline to lifeline

It’s actually amazing how similar the EES is to the Terra-Nova ZipRider zipline system used at Royal Gorge to quickly ferry tourists from one side of the deep crevasse to the other, which I rode to see what the experience might be like for an astronaut or launch crew. The basic system is very close to the commercially available zipline hardware from Terri-Nova, upon which it’s based, explained ULA Human and Commercial Systems President Gary Wentz. That’s a big advantage in terms of safety, he said, since Terra-Nova’s ziplines like it are already used to give rides to millions of people around the world annually, with a proven safety record. Plus, using off-the-shelf designs helps control costs, though Wentz couldn’t cost on the total price tag of the EES’ development for ULA.

The system is also relatively simple, mechanically: its main differentiator from the ZipRider used at Royal Gorge is a handbrake that works like a pull-down bar on a universal weight machine. An astronaut in the seat simply reaches above and pulls down to release the brake, with the EES operating at maximum speed when the bar is pulled down fully towards the astronaut. Releasing the bar entirely will fully stop the descent of the seat, and you can control the speed of your descent by letting off tension slowly. 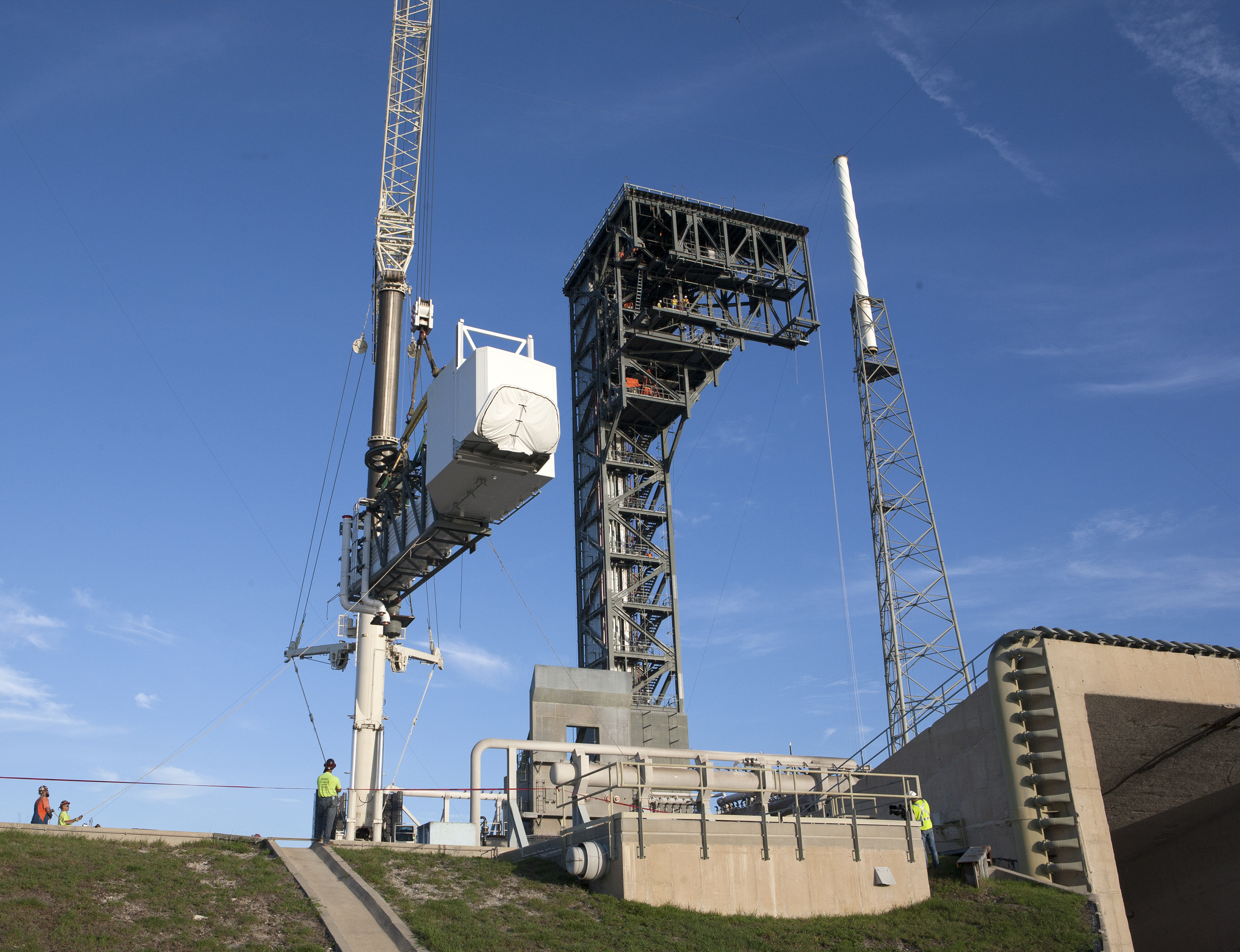 The Crew Access Arm for Commercial Crew Program (CCP) being installed to the tower at Pad 41.

A controlled descent capability is important, because astronauts and crew will be able to ride in sequence down one of five wires from the Crew Access Tower 172 feet above ground on the Starliner launch structure, with up to four riders per wire. The brake makes sure they can descend in a controlled manner, but it’s still a simple enough system that anyone who needs to can pretty quickly get in the chair (and even assist others into a chair if they might happen to be unconscious) strap in and get down quickly in the crucial moments prior to a potentially dangerous mishap.

The EES can reach a top speed of 40 mph In only 30 seconds, and there’s also a backup 30-foot spring system at the base of the line to soften the landing of any rider that forgets to, or is unable to brake. This is another feature lifted from the ZipRider system, and I experienced it myself when using the Royal Gorge zipline. It’s a bit of a jolt as you come to a stop even from the Gorge line’s slower top speed of 35 mph, but it’s nothing your average tourist can’t handle, and Terra-Nova founder Eric Cylvick explained to me that the commercial system on which it’s based is designed so that it’s accessible to all – including paraplegic and event quadriplegic riders. 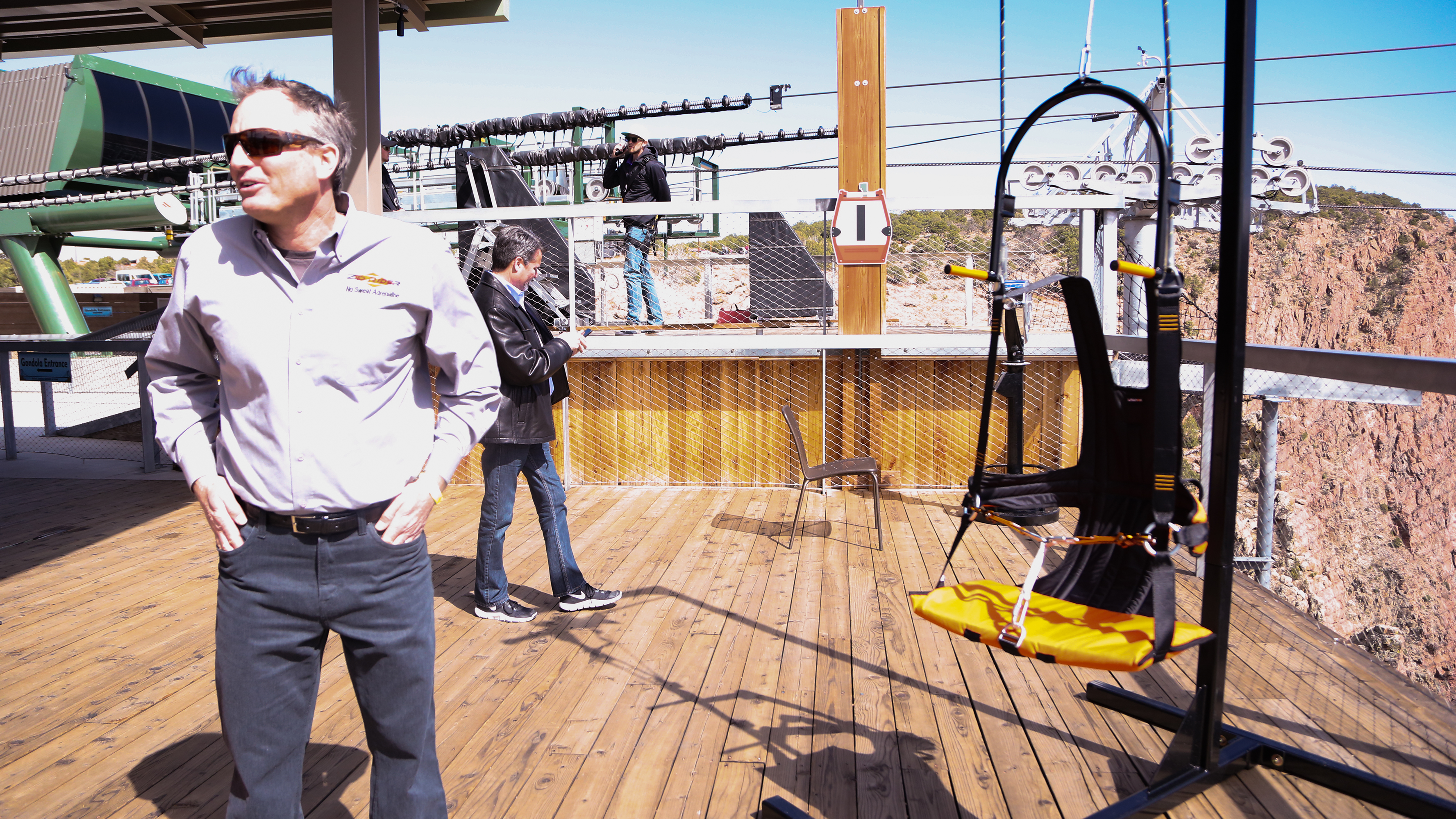 Wentz said that ULA has never had an incident during a launch that would’ve necessitated the use of the EEG, had their been a crew capsule atop one of its Atlas V rockets, but making sure the system is effective and ready for launch is one of the milestones ULA and Boeing must deliver in order to meet NASA’s requirements for sending crewed missions into orbit. Plus, crew will be happy knowing the option is there. A testing version of the EEG is actually already installed at Cape Canaveral’s Launch Complex-41, and personnel have begun test rides.

I asked former NASA astronaut and Boeing Starliner Crew and Mission Systems Director Chris Ferguson how this compared to the Space Shuttle’s egress system, and he said that it should be faster and easier to use in case it’s ever required, since the basket-based system used with the Shuttle program involved packing multiple crew members into each pod before beginning the descent.

The EES reaching this stage is a milestone for Boeing and ULA, who are still targeting late 2018 as the date for their first crewed test launch of the CST-100 Starliner. There are many milestones yet to go, and the EES still has to be finalized and approved, and meet NASA’s requirement of providing full egress capability within 90 seconds. ULA says that it in fact, the system is potentially capable of getting everyone safely to the ground in as little as 53 seconds, so it should be able to tick that off the list when the time comes.

Riding the zipline across the canyon, I was struck by how serene it felt, despite my own personal dizzying fear of heights, the nearly 2,000 foot spans and the 1,200 foot drop below. Should such a ride be necessary for an astronaut in more dire circumstances (which ULA hopes it never will), it’s easy to see why ULA and Boeing settled on this particular solution to help cross another milestone off the list en route to becoming a private crew launch provider for the ISS and beyond.