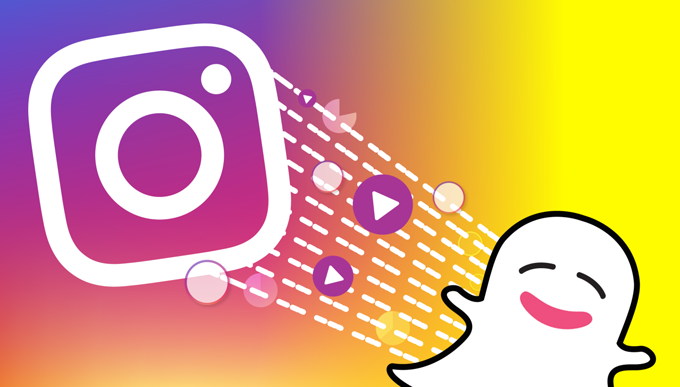 We’ve got a whole roundup of 2017’s tech April Fools’ pranks, but this one from Snapchat deserves a little highlight all its own.

Back in August of last year, Instagram copied Snapchat’s Stories feature. There’s no arguing it. Instagram’s CEO even says Snapchat deserves credit for “this format.” They didn’t even bother changing the name — Instagram’s version of Snapchat Stories is just called “Instagram Stories.”

So for April Fools’ Day, Snapchat ripped them off in return — albeit in a less obvious way. They’ve turned Instagram’s interface into a Snapchat filter for the day and just swapped out “Instagram” for “Snapchat” up at the top. 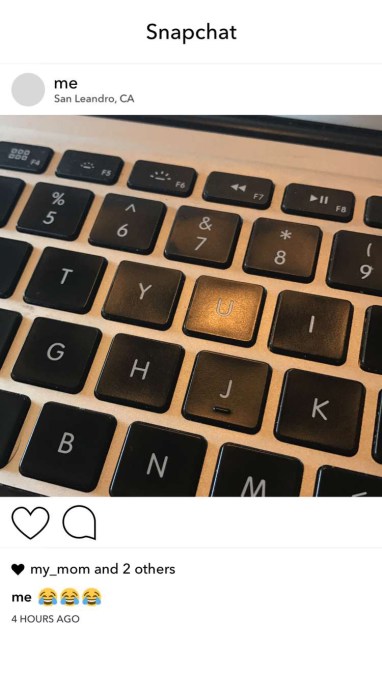 It’s a filter, rather than a lens, so it’s something you apply after taking a photo. Snap a photo in Snapchat, then swipe to the side a few times — about 10 swipes in, a familiar interface should slide into place.

(Bonus points for the little burn implying that the world’s collective “mom” is one of the only people looking at your photos there.)

[hat tip to Owen Williams for noticing this super quick]