When I first met Cloudera CEO Tom Reilly in 2015 at the Intel Capital Summit, we were about to go onstage for a fireside chat to discuss, among other things, Intel’s massive investment in his company.

While onstage, the conversation inevitably turned to when the company might go public. As you might expect, he gave me the standard startup CEO answer. While Cloudera was certainly of sufficient size to IPO, they had just raised more than a billion dollars and had plenty of cash. He was willing to wait until, in his words, “when we feel it’s the right time.”

Apparently it was yesterday when the company filed its S-1 paperwork with the SEC indicating its plans to go public. The announcement had been rumored for some time, and made sense, especially given the number of enterprise tech companies that have gone public  (or announced their intentions to do so) recently.

As we’ve seen, in the first quarter of this year, enterprise tech IPOs are suddenly a hot commodity, with Alteryx and MuleSoft already having gone out, and Cloudera joining Yext and Okta as the next ones up in the queue.

In spite of the name, Cloudera isn’t really a cloud company, at least in the pure sense. It’s a commercial product built on top of the open source Hadoop project, the one with the cute elephant for a mascot. In spite of the cuteness, Hadoop is very serious technology used to process massive amounts of data, which should come in increasingly handy in a world with increasing amounts of data to deal with — often referred to in industry parlance as “big data.”

Separating from the pack 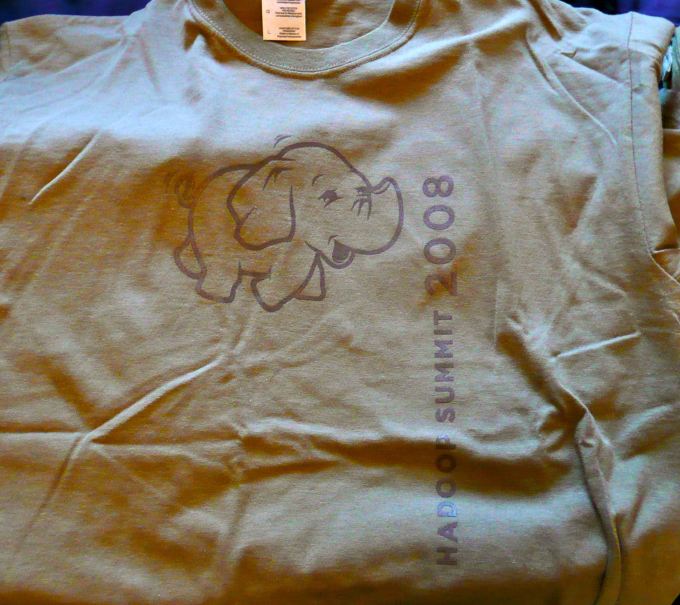 Photo: Christian Heilmann on Flickr. Used under CC by 2.0 license.

The problem is that while Hadoop may be a powerful way to process that data, and it may be available as open source, it is not simple to use. That’s where companies like Cloudera and Hortonworks, which went public in 2014, come in. These companies, and others like, MapR, are attempting to package Hadoop in a way that makes it more consumable for large organizations.

While Hortonworks came strong out of the gate after its IPO, it has not fared as well since. After a high of over $27 in July, 2015, it was under $10 a share as of the close on Friday.

But just because two or more companies share the same market doesn’t mean they each share the same fate, or are even completely comparable beyond both being Hadoop vendors.

Carl Olofson, an analyst at IDC, says there are some fundamental differences between the two companies. He describes Hortonworks as a “pure open source company,” one that packages, coordinates and manages that open source as a product for a subscription fee, and also sells support. He says the company’s products are aimed mostly at “big data technologists.”

Cloudera is a bit different, he says. “[It] offers packages that are mostly open source, but with tooling that is proprietary, and that are aimed at various classes of business problems. They sell to business managers. So their approach is different, and as a result, they have a higher percentage of their income derived from software than does Hortonworks,” Olofson told TechCrunch.

One of Cloudera’s chief investors was none other than Intel, which sank $740 million into the company in a single investment in March, 2014, obviously seeing some serious potential to take such a substantial stake. And, as you would expect, the S-1 revealed Intel and Cloudera have a special relationship and a deep partnership, and that too could give it additional investor credibility as it heads into the public markets.

Certainly Reilly thought so in our interview, saying, “While everyone focused on the dollars behind the investment that Intel made, what was so important to us was the partnership, and the value that Intel brings us as a partner goes way beyond the dollars they gave us.” The S-1 included multiple examples of the two companies working together, including developing a way to speed up encryption at the chip level and launching an open source cybersecurity project called Apache Spot, a platform for advanced threat detection using artificial intelligence and machine learning.

Cloudera has been around since 2008, and the market should appreciate that longevity, says Olofson. “Compared to others, Cloudera could be seen as a relatively mature player, with steady growth, a good market position and significant momentum,” he said. While markets can be fickle, it could be that this is finally Cloudera’s moment.