Founders! TechCrunch is taking over Manhattan next week with our first block party ever, and partnering with Flybridge to host Include Office hours at WeWork Grand Central Station. On April 6th from 2-4pm ET, General Partners Chip Hazard and Jesse Middleton will be meeting with underserved and underrepresented founders from the Greater New York area. Submit your application here.

Launched in 2014, TechCrunch developed the Include Program to facilitate opportunities for underserved and underrepresented founders. Include Office Hours are a part of this effort. Every month, TechCrunch partners with a notable VC or angel in SF or NYC. Companies selected meet with each partner to get key advice and guidance. Include Office Hours with Flybridge will take place April 6th from 2-4pm. Apply here to meet with the investors.

Underserved and underrepresented groups include (but are not limited to) female, Latino/a, Black founders, veterans, and LGBTQ.

There’s more! At TechCrunch Takes Manhattan we’ll also be hosting TC Include Pitch Practice for underrepresented founders, a Flash Pitch event, and TC Editorial Pitch Practice with Jon Shieber. All of this cumulating in the TC Trivia Throwdown with editor Jordan Crook.

Now let’s check out the TechCrunch Include Office Hours Partners: 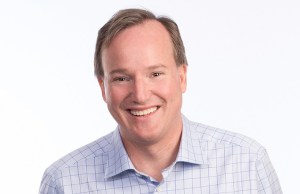 Chip is a General Partner at Flybridge whose investment interests and experience broadly cover companies and technologies in the information technology sector. His investments include MongoDB, Firebase (acquired by Google), Stackdriver (acquired by Google), Mattermark, Datalogue and Nasuni. Before joining the firm in May 2002, Chip was a General Partner with Greylock Partners, a leading venture capital firm he joined in 1994. While at Greylock, Chip led or participated in numerous successful investments in the enterprise information technology field. Prior to Greylock, Chip was with Company Assistance Limited, an investment and consulting firm in Warsaw Poland; and Bain and Company, an international management-consulting firm. Chip received a BA with honors from Stanford University and an MBA from Harvard Business School where he was a Baker Scholar and a Ford Scholar. 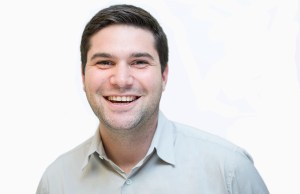 Jesse is a General Partner at Flybridge whose investment interests include mobile, SaaS, big data, consumer and e-commerce. His investments include Imperfect Produce, Remote Year and Splice. Prior to joining Flybridge in 2016, Jesse was an early executive at WeWork, one of the fastest growing and most valuable startups in history. He co-founded WeWork Labs in 2011, which became WeWork’s global startup incubator, and ran WeWork X, M&A, startup investments, business and digital product development as well as inside sales during his five-year tenure at the company.

Prior to WeWork, Jesse was the co-founder and CEO of Backstory, a venture backed startup. Jesse began his career traveling across the United States, the United Kingdom, Mexico, Israel and China as a network security engineer based in Philadelphia. He moved to New York City where he became the head of information technology at LivePerson in 2010. He also was an active angel investor and served as an advisor to many early stage technology startups including 3Claps, Authenticated Digital, Benny, Camelot Metrics, Eight, fitmob (acquired by ClassPass), inDinero, Jackpocket, Leo Health, Morsel, Rukkus, Squire, Symple, Thunderclap, Uptown House and YourTrove (acquired by LiveNation).