One of the unique things about Instagram Live is that the videos have always disappeared. After your live stream is over the content is deleted forever — unlike Facebook Live or Periscope, which save your video so audiences can view it after the fact.

The company just announced that broadcasters will have the option to save live videos to their phone after they are done streaming. It’s pretty simple — when your stream ends you’ll see a save button in the upper-right corner — you tap it and the video gets saved to your camera roll.

Notably, these live videos still won’t be saved on Instagram — so viewers should still feel an urgency to watch since it will be their only chance to see the stream.

That being said, the fact that broadcasters will have the option to keep their stream should increase the occasions that people decide to go live. Previously users may have been hesitant to go live during an important moment (and instead record with their camera app or Snapchat) — because they knew they’d lose that footage forever. Now users can get the best of both worlds — they can share interesting live content with their audience while still having the option to save it forever if it’s a special moment.

The update will roll out today for iOS and Android phones. 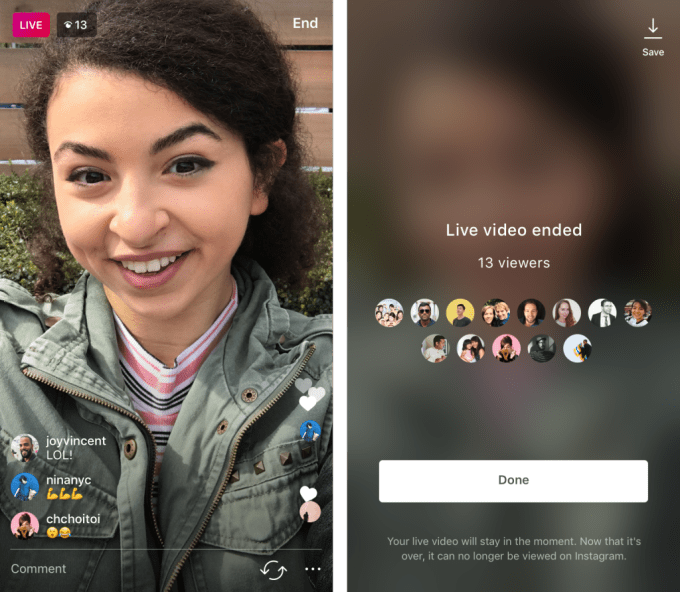