Seattle-based OceanGate Inc. this week announced plans for a manned expedition to study the R.M.S. Titanic, the world’s most famous shipwreck. Fewer than 200 people have ever visited the Titanic since it sank in April 1912 according to historians’ estimates. To put that in perspective, more people have scaled the summit of Mt. Everest, or flown in space.

The new expedition, scheduled for May 2018, will mark the first time a team has approached the wreck since 2005. Imaging and navigation technology have advanced significantly since then, and since the famous 1995 expedition when director James Cameron captured footage of the Titanic for his eventual blockbuster.

OceanGate CEO and co-founder Stockton Rush says his company is hoping, along with its tech and research partners, to document the decay of the ship and to create high-definition, 3-D images of objects underwater there that were never possible before.

“Documenting history is important in and of itself,” Rush said, “but on the geeky side of this, it’s also a real challenge to understand things like the decay rates of metals in deep sea environments. With fuel and munitions and other things from WWII, we need to understand the interaction between currents, oxygen content, bacteria, the nature of a given material and so on to know if a hull might collapse and you end up with an oil spill from something that sank in 1944.” 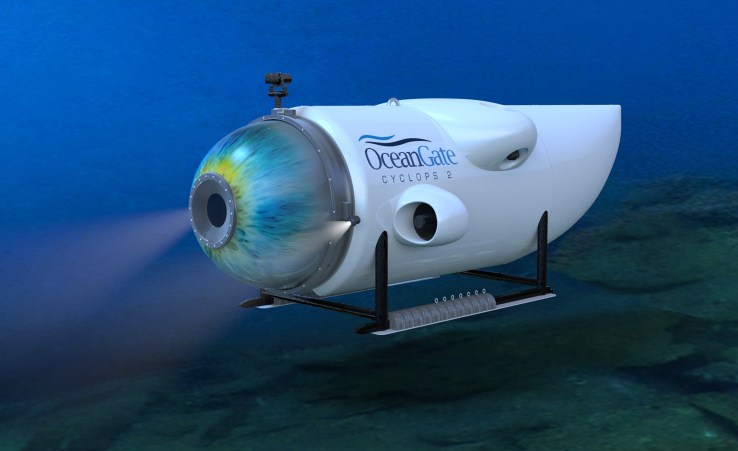 A rendering of Cyclops 2 deep sea submersible developed by OceanGate.

The Advanced Imaging and Visualization Laboratory (AIVL) at Woods Hole Oceanographic Institution, a non-profit, will be sending experts down on OceanGate’s submersible during the seven-week long expedition. They will help OceanGate’s team employ optical laser scanning, sonar and photogrammetry techniques to create images of the wreck in multiple formats. Eventually, OceanGate wants to be able to dispatch observation-class ROV’s (remotely-operated underwater vehicles) inside the hull of the Titanic, and to livestream video or even VR content from the wreck to audiences and researchers back on land.

To make the deep-sea journey next spring, OceanGate has developed a new submersible called the Cyclops 2, made primarily of carbon fiber and titanium. The manned submersible carries five people. Each trip down will include a pilot and mission specialist in the vehicle, along with subject matter experts like marine biologists, nautical archaeologists and others who apply and pay to go along.

The price of an “SME” ticket is $105,129. The odd number is the inflation-adjusted cost of a first-class ticket to stay in the Vanderbilt suite of the Titanic on its maiden voyage ($4,350). The 54 positions that were open for next year have already been filled, Rush said, representing over $5 million in revenue for OceanGate. 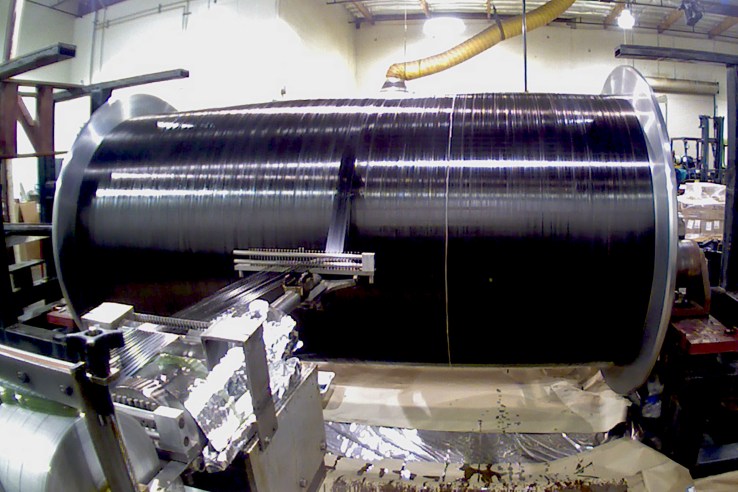 Of all the advanced technologies OceanGate had to develop and test to make this expedition possible, Rush said building a submersible that can withstand the pressures of the deep, especially as a privately-held company, has been most exhilarating. The company has developed a hull made primarily of filament-lined carbon fiber to withstand 6,000 psi at depth.

“Everyone said you couldn’t build with this with carbon fiber. We found a way to make it work,” Rush said. To monitor the integrity of the Cyclops 2, the company relies on acoustic sensors. Snaps, crackles and pops of a certain timbre indicate problems, and would allow OceanGate enough time to abort their mission, if needed.

Besides maintaining structural integrity of its submersible under millions of pounds of pressure, there are many high-tech elements that go into a deep ocean expedition. The Titanic wreck is located 380 nautical miles from St. John’s in Newfoundland, so OceanGate has to commission a vessel from which to launch the Cyclops 2, and figure out what kind of aircraft works to bring passengers out to the ship and back to shore. Even though they’re going in the calmest season, OceanGate will also have to monitor weather and currents very closely to avoid going off course.

Finally, once they’re in the water Rush said, “There are all kinds of currents on the wreck and those are different than the currents on the way down. So navigation can be very challenging throughout.” The company will be testing its Cyclops 2 this November.