With hate crimes reportedly on the rise across the country and online, the Anti-Defamation League is setting up a new outpost in Silicon Valley, backed by the Omidyar Network, to look at ways to use technology to fight back.

Racially and religiously motivated threats were on the rise in the run-up to the recent election and have continued into the new year. Events have culminated in the murder of an Indian man in Kansas City last month and the shooting of a Sikh man in a Seattle suburb just last week. Meanwhile, the Southern Poverty Law Center documented more than 1,000 incidents through the month of January alone, following the election of President Donald Trump.

Jewish communities across the U.S. have also been targeted, with at least 152 bomb threats reported at community centers and synagogues around the country. 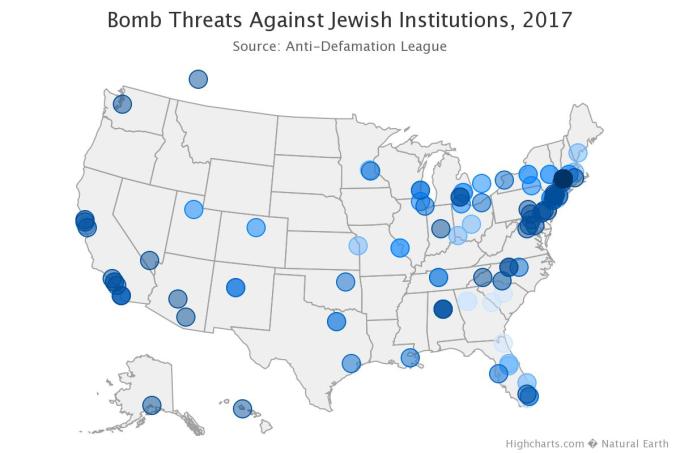 The ADL sees the internet as increasingly driving the dissemination and promotion of hate speech in the modern era and is looking to marshal the resources of Silicon Valley’s tech community to create better tools to “monitor, track, analyze and mitigate hate speech and harassment across the Internet,” according to a statement.

“1.8 billion people are on Facebook — 500 million tweets are sent out every day. No matter how you cut it, it’s incredibly important to make sure we are taking the fight to where the country and the world is at. Simply put, it’s online.”

Though the ADL has long maintained a presence in San Francisco, the new office in Silicon Valley will be a command center from which the organization hopes to combat all kinds of cyberthreats.

Beyond its work monitoring and reporting hate speech, the group will also look at methods to better secure the online presence of various minority organizations, examine the seam between digital rights and the creation of a civil society and look to partner with leading technology companies to ensure the safety of online communities.

The ADL is already working with Alphabet and its Jigsaw division (formerly Google Labs), on ways to improve its software developed to identify and filter propaganda and hate speech.

Since the earliest days of the internet, the ADL has tracked hate speech online. Now with the increasing importance of the internet in public life, the need is greater than ever, Greenblatt says.

Helmed by former Department of Justice lawyer, Brittan Heller, the new center will author reports and publish data on cyberhate and cyberbullying; engage partners and provide insight to policy makers; and expose and combat specific cases of online harassment and cyberbullying, according to a report.

According to the statement from Greenblatt,

Now more than ever as anti-Semitism, Islamophobia, racism, and other hatreds have exploded online, it’s critical that we are bringing best-in-class technology and resources to this fight. That’s why we will build this center in Silicon Valley, and why we are so grateful to Omidyar Network for providing seed funding for this effort. This is a natural extension of the cyber hate work ADL has been doing for decades and builds on the new presence we established last year in the Valley to collaborate even closer on the threat with the tech industry.