Christina Sass Contributor
Christina Sass is the co-founder and COO of Andela, a company that builds high-performing engineering teams with the most talented developers from tech hubs across Africa.

On January 21st, I flew from Lagos, Nigeria, to Washington, DC to pour into the streets with hundreds of thousands of women. It was exhilarating. I loved every second of it — all the posters, and all the parents there with their children. I felt the strength in numbers that one can only feel out on the streets demonstrating for something you truly believe in.

Now International Women’s Day is upon us and I find myself thinking exactly the same thing that I did leaving the Women’s March on Washington, so fired up and inspired: How do we convert this energy into lasting change?

I’m somewhat of a broken record on how best to create lasting change for women: It is long-term employment. It is more women in more leadership positions, on more boards and in more elected offices.

I realize that “hire more women” must sound to a lot of tech companies like “get over it and move on” from a friend after a painful breakup, or “just invest more wisely and make more money” to someone unfamiliar with investment. Sure, great. But completely unhelpful.

This is a really hard conversation to start and a hard change to make, especially when teams are already at a deficiency of diversity. Andela is no exception.

When we started Andela, one of my driving aspirations was to build a company to which women technologists flocked and where they thrived. After researching global best practices and adding on a healthy stretch-target, I set our company-wide goal at 35 percent women. I thought that surely if I spoke about it enough and encouraged my team enough, they would come.

We had 87 percent male applicants among the first 6,800 people to apply to Andela. We were searching for a very specific set of criteria that we were not willing to change. We were tapping into networks and saying all the right things, and despite all our best intentions, we couldn’t get more women in the door. I felt the failure very personally. 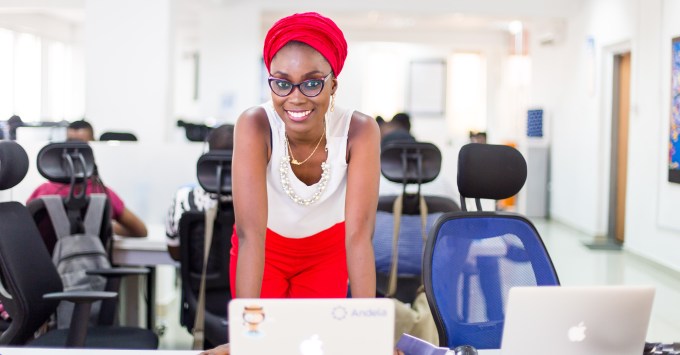 After the initial shock, regrouping and researching, we took a different approach. Hiring women is not a black box — it’s a target audience. We needed to find them and ask them why they weren’t applying. They didn’t see themselves in our representatives. They didn’t feel comfortable.

So we hired female recruiters. Especially in the field of tech, men pressuring them to apply was simply not effective. Then, I made the percentage of female applications a key performance indicator for the entire recruitment team. The response came back: “How can you do that? That’s not fair, we never hire anyone who is not qualified.”

Correct. We never hire anyone who isn’t qualified, who isn’t incredibly talented and dedicated to being a world-class technologist. So we’d better get more women in the applicant pool so we would have more to select from.

I then made the percentage of women hired a KPI of the director of operations for every office, for Andela’s country directors and for myself. I needed to hold myself accountable for the success of the recruitment team — to give them the marketing and travel budget to go to universities with high percentages of women, to target ads and test them. I needed to feel the pressure, financially and in terms of performance, when we weren’t creative enough.

Once we were ALL accountable and engaging in new approaches to the targets, we started to see the numbers really change. After that first all-female recruitment class in Kenya, something extraordinary happened: We hit 34 percent. 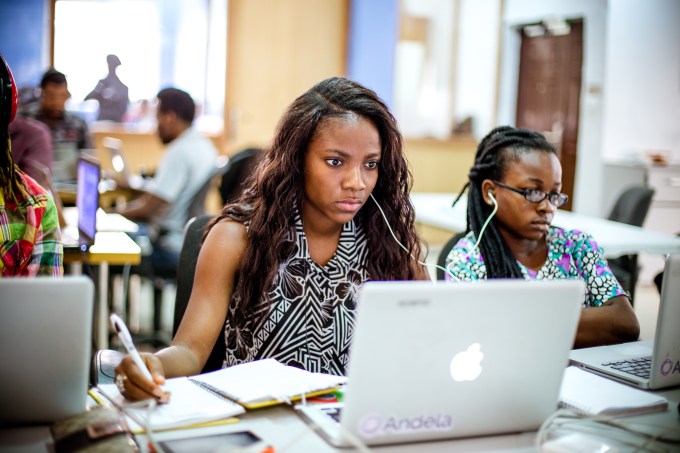 Fadekemi Ogunwa (center), one of the developers selected from Andela’s first all-female bootcamp, works on an open-source project in Lagos, Nigeria

I set a goal that many said would be impossible. It was just simply unrealistic for tech, they said, unrealistic for Kenya, for Nigeria, for software developers, and on and on. And then we damn near hit it.

Now we’re striving to surpass it. The caliber of the female talent whom we hire speaks for itself. On all measurable indicators — technical skills, professional soft skills and psychometric profiles of what correlates with happy clients — our female developers compete, and many cases out-compete, with their male colleagues.

This is not a one-time project within the company. It is ever-present, woven into the fabric of our reporting and internal messaging. We report on the percentage at every all-staff meeting, which has become somewhat of a friendly competition between locations. We also report on it to our board and to all investors. It is part of who we are.

On March 8th, International Women’s Day, start a conversation with your colleagues about what it would take to just simply interview more women. Insist on absolutely hiring the best AND get more diverse talent in your interview pool.