A group of coding boot camps and white-collar training programs from around the country are banding together to create a single standard for reporting graduation and job placement data.

The move comes as these “accelerated learning programs” across the country push for greater validation among educational institutions — and a share of the massive state and federal dollars that come with accreditation.

Called the Council on Integrity in Results Reporting (damn y’all that is… really quite an acronym), the organization will create truth in advertising standards, and common definitions, documentation and validation requirements for all participating organizations.

The effort is being driven by Skills Fund, an Austin-based student lending startup that also has developed its own methodology for quality assurance.

Co-founded by chief executive Rick O’Donnell, who currently serves on the U.S. Department of Education’s advisory counsel (NACIQI) that oversees all college accrediting agencies, Skills Fund raised $11.5 million back in 2015 and has a partnership with Iowa Student Loan, a nonprofit with $2.6 billion in active student loans.

Bootcamps that join the CIRR will release graduation and placement data semi-annually. Bootcamps will have to break out data on students who take the programs at their own pace from students who are enrolled in discrete cohorts and proceed through an established curriculum over a set amount of time.

So bi-annually companies will report graduation rates and time to graduate; placement rates; job types and titles (in tech or non-tech roles) and salary information for graduates. Ad requirements will include a requirement that salary reporting includes the percentage of graduates who are hired at a certain salary.

Outcomes (graduation and employment data) will be validated annually by an independent third party. 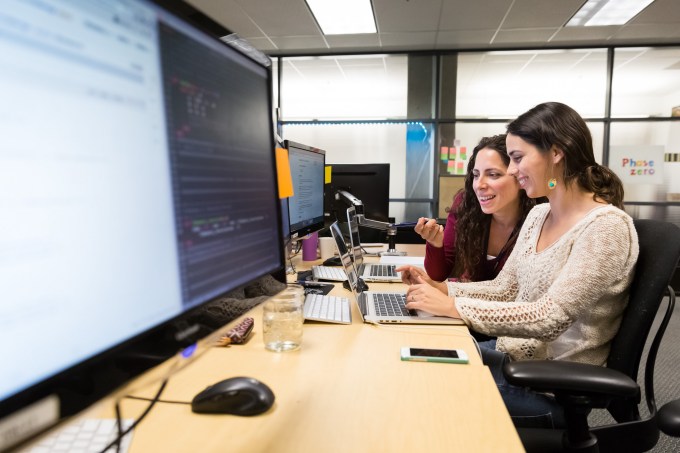 “Transparency builds trust with students,” writes Darrell Silver, whose self-paced, online education startup, Thinkful, was the only e-learning company to sign on to the organization. “There’ll be two types of schools this year: those that publish outcoes and comply with common sense standards and those that fail.”

There are ulterior motives behind the industry’s move to self-regulate, with the specter of federal and state regulation looming.

The Obama administration had been all set to roll out an accreditation program for coding bootcamps. And while the President Donald Trump has seemed less interested in education and more focused on immigration these days, there’s no telling what could be coming down the road for these schools (actually, under DeVos, my bet is absolutely nothing will be done to regulate coding bootcamps… or much else).

“Regulation, which has been hinted at, is inevitable,” Silver wrote to me in an email. “We shouldn’t fear it but we should be prepared, and CIRR helps with that. Regulators help schools think long-term. Sure they’re slow but they help build turst with students and employers.”

The guidelines should also help would-be coders select schools that better match their needs. “Over the past three years, we’ve seen various bootcamp trade associations and reporting methodologies emerge, but CIRR is the first to bring a group of high-quality, committed schools together to decide on and enact a common outcomes rubric,” said Liz Eggleston, the co-founder of bootcamp reviewing company, Course Report.