It’s hard to be a tutor. For one thing, many educators don’t have time for extracurricular teaching, even while they might need to bolster their paychecks. Most schools prohibit teachers from tutoring children in the school systems in which they work, too, making it difficult to connect with families needing help.

There are some solutions, like Wyzant, a 12-year-old, privately held company in Chicago that now connects parents with hundreds of thousands of tutors. But Wyzant also takes a 40 percent fee, notes Megan O’Connor, the founder of Clark, a new app that aims to both make it easier for educators to start and manage a tutoring business — and to put more money in their pockets in the process.

O’Connor was working at the venture firm Human Ventures in New York, where Clark is based, when the idea first took hold early last year. She struck on it after helping her mother, who is a public school teacher in California and tutors on the side to make ends meet.

“I was trying to help her automate things and I was just listening to some of the friction points she was wrestling with and the gap in solutions that are out there, and [Clark] just developed over time,” O’Connor says.

The service first took form as an SMS service to facilitate communication between students and their tutors. That’s thanks largely to Clark’s technical co-founder and chief product officer, Sam Gimbel, who previously founded a text message-based startup.

Yet the platform has since evolved to handle every aspect of a tutor’s business, from drumming up students, to managing scheduling and payments, to making it dead simple to communicate with parents. (As someone whose children take lessons that I don’t attend, I can attest to the need for this feature in particular. Without enough information, it’s challenging to reinforce what a kid needs to be doing in between sessions.) 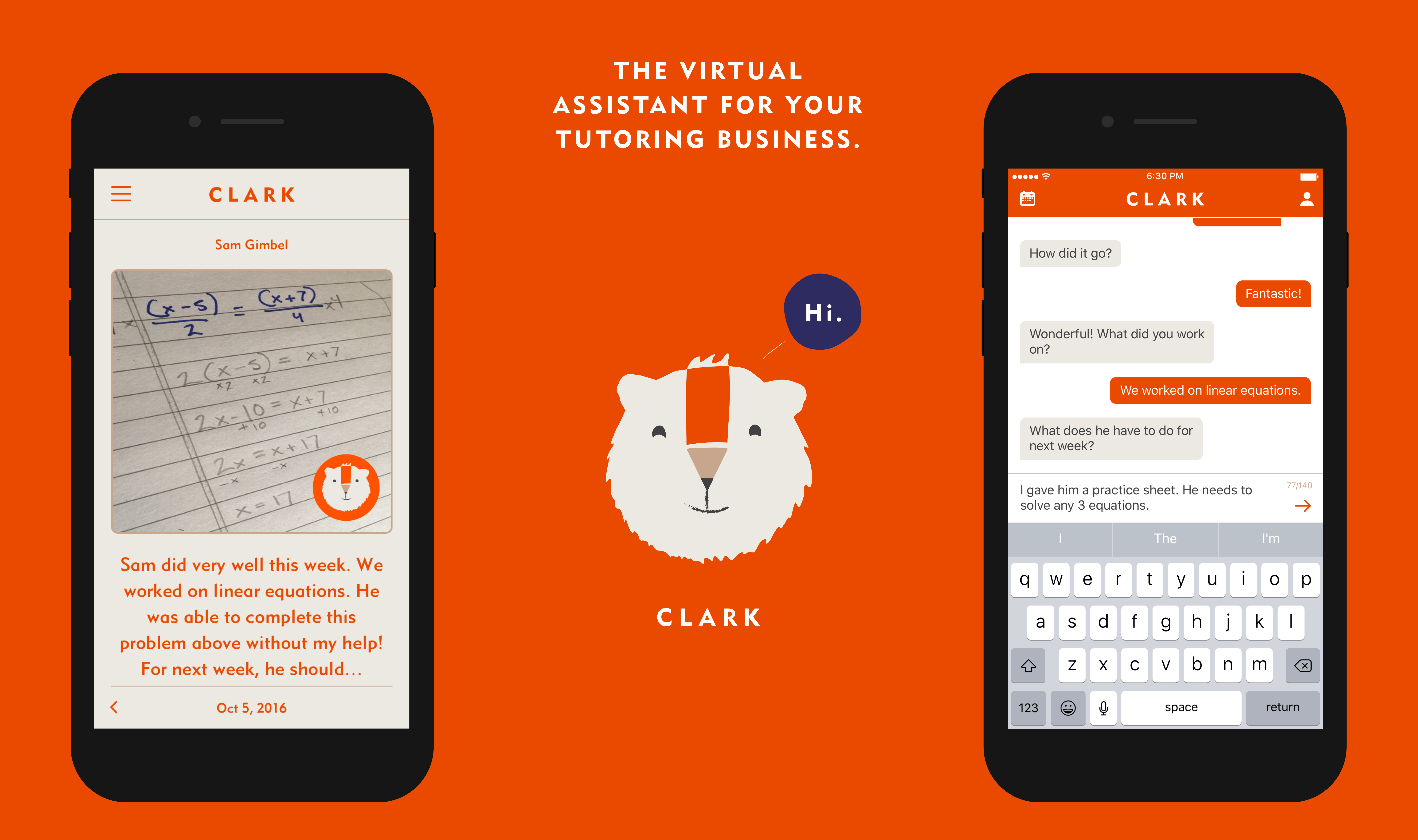 Clark’s goal, O’Connor says, is “to turn every educator in America into an entrepreneur. Everyone thinks teachers should be paid more. But what are we doing to make that a reality?”

It’s a lofty ambition, but it’s also a sizable business opportunity. Tutoring demand increased 28 percent between 2015 and 2016 alone, says O’Connor. And the market research firm Global Industry Analysts last year released a study stating that the global private tutoring market is projected to surpass $102.8 billion by the end of next year.

Much of that demand is coming from Asia. In fact, it largely explains investors’ attraction to outfits like VIPKid, a platform that connects English-speaking educators with China-based students (and which raised $100 million in funding last summer).

O’Connor says Clark very much has international markets in its sights, too. But first, it wants to ensure that it’s gotten its product right. That includes raising just $1 million in pre-seed funding from Human Ventures, Winklevoss Capital, and a variety of other investors. It also means focusing first on educators in New York, and expanding into other cities from there.

As for its revenue, O’Connor says that tutors who’ve already established a student base can begin using the platform at no cost. For first-time tutors looking for new clients, Clark collects just 10 percent of their session fees.

“There are tutoring agencies out there,” acknowledges O’Connor. “But there’s also a lot of churn. Charging less and providing lifetime value — that’s where we see the real opportunity.”