When you think of the biggest cloud players in the world, one company you might not consider is Alibaba, the Chinese e-commerce giant that held a record $25 billion U.S. IPO in 2014.

Alibaba entered the cloud computing business in 2009, just three years after Amazon launched its cloud division, AWS — and Alibaba’s cloud computing efforts are among the ambitious projects that the Chinese e-commerce giant is pursuing aggressively.

It’s impossible not to note the similarities between the two companies. While Alibaba is the premier e-commerce company in China, Amazon is the biggest in the U.S.

The utter dominance of both is proven on paper: NASDAQ-listed Amazon’s market cap exceeds $400 billion, while Alibaba is valued at $250 billion according to its NYSE share price. When it comes to the cloud, the nature of their core businesses and the size of their computing requirements both necessitate computing on a massive scale. Both believe they can parlay that knowledge and experience into a significant business offering cloud services to others.

Two years ago, Alibaba decided to take the cloud part of its business more seriously and expand outside of China with a billion dollar investment in Aliyun (now known as Alibaba Cloud in English). At the time, Alibaba Cloud’s president Simon Hu made a bold prediction, telling Reuters, “Our goal is to overtake Amazon in four years, whether that’s in customers, technology, or worldwide scale.”

We’re at the halfway mark now and while that goal seems unlikely at this point, Alibaba has begun to make its presence felt, particularly in China and the rest of Asia. In fact, there’s plenty of evidence that Alibaba Cloud can play an important part for Alibaba’s overall business.

Up until its financial commitment in its cloud business in 2015, Alibaba was content to use the scale of its e-commerce services — which range from a marketplace and branded mall, to payment services and digital banking and count nearly 500 million users — to bring in customers for its cloud business in China. Moving out to the rest of the world has far greater challenges.

Still, Alibaba’s cloud unit has been growing at a brisk pace with triple digit year-over-year growth for its last seven quarters including 115 percent in its most recent report in December. Based on that growth, Alibaba Cloud is probably one or two quarters from reaching break even or profit, but already it has surpassed the $1 billion run rate mark courtesy of $254 million in revenue in its most recent quarter. Not bad, but not close to AWS, which grew at a more modest 47 percent rate for a total income of $3.53 billion for the quarter or a run rate over $14 billion. 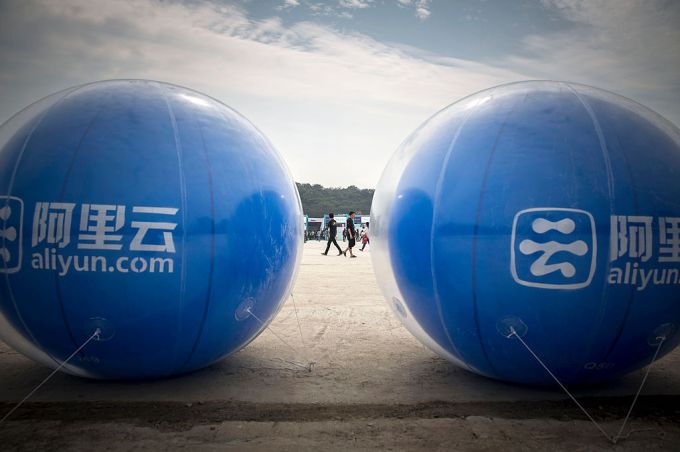 That’s a stark difference and it shows just how far Alibaba has to go in the cloud business to catch AWS.

However, Alibaba might be doing better than you think. According to Synergy Research Group, Alibaba is sixth in the world behind AWS, Microsoft, Google, IBM and Salesforce in infrastructure, platform and hosted private cloud services (this number does not include Salesforce’s more substantial SaaS business).

“For cloud infrastructure services (IaaS, PaaS, Hosted Private Cloud services) Alibaba is now ranked sixth, based on worldwide revenues in Q4. For China specifically, while AWS and Microsoft are in the top five ranking in China, the market is led by Alibaba (a long way out in front) followed by China Telecom. Alibaba market share is running at 40 percent [in China] and has been increasing with time,” John Dinsdale, Synergy’s chief analyst and research director, told TechCrunch.

Alibaba itself says the cloud unit counts 765,000 paying customers as of the last quarter. That figure represented an increase of about 114,000 on the previous quarter, although there was no equivalent number given out for the previous year.

While several different analysts agree with Synergy’s assessment of Alibaba as the clear number one cloud vendor in China, Alibaba Cloud Global GM Ethan Yu concedes that the market is still a few years behind the U.S., and there is plenty of room for growth — keeping in mind that China itself represents a massive potential market.

“The addressable market is getting bigger in China with only single digit IT spending in the cloud and the rest in on-prem software and hardware spending. There is still enough buy out there to move up to the cloud”, Yu said in an interview with TechCrunch. He saw 2015 year as the year it all changed (the same year it invested the $1 billion into its cloud operation). 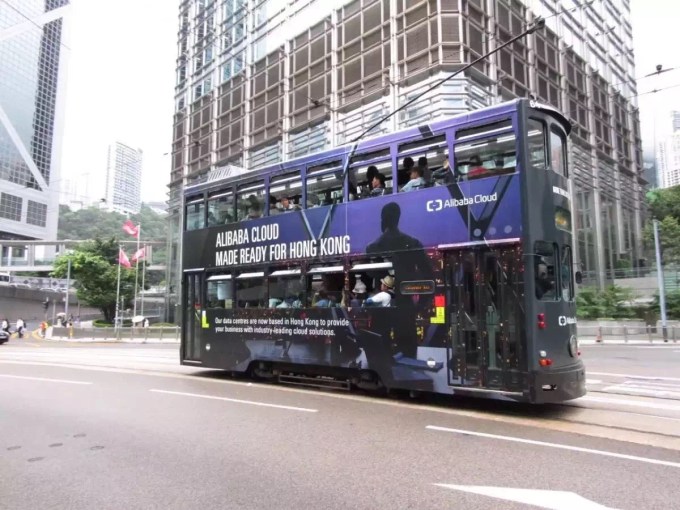 “I think in 2015, adopting infrastructure in the cloud, there was suddenly a change, a tipping point where most [Chinese] CIOs found it quite acceptable to use the cloud in some ways”, he said. But even as the market shifts in China, the company has made it clear that its ambitions stretch far beyond its home country.

“China is a big market, but the cloud market just started to grow, which gave us a good foundation. We think we can do more outside of China, but we are a few years behind. We started our global footprint a couple of years ago. We have 14 global data centers including 8 outside of China”, he explained.

Like AWS, Alibaba Cloud began with smaller customers, but as it sets its sights higher in the market, it wants to lure enterprise customers to the platform.  The company says that it has proven it can handle the workload from larger customers based on its abilities to handle its own massive e-commerce and financial services businesses.

Of course, landing enterprise customers in the U.S., where the new president has sent signals of tougher trade relations with China, may prove difficult. Yu said he needs to see how trade talk plays out, but he added, “For now, we don’t have any comments on that.. but our position is very firm. A friendly commercial relationship will help both parties.” 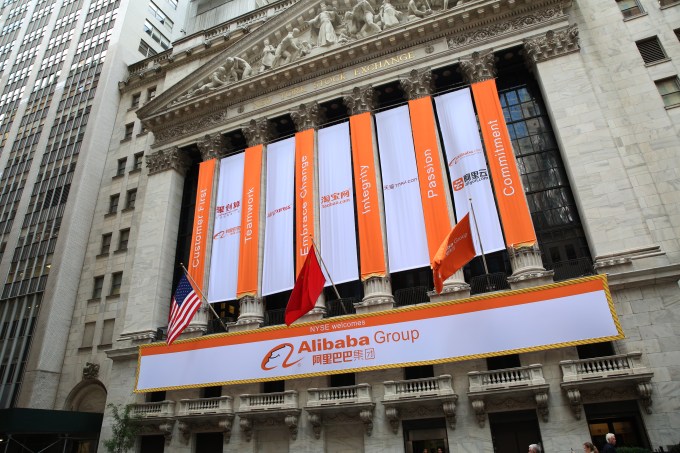 Alibaba might actually find itself better positioned than others in the current climate in the U.S. Executive chairman Jack Ma held a meeting with the (then) president-elect in early January which culminated in a promise that Alibaba would create one million new jobs in the U.S.

Neither man provided details on how they would achieve that, and the promise looks like little more than grandstanding by Ma — or an effort to curry favor with the new administration. Either way, Alibaba will get its first real signal soon enough. Ant Financial, an Alibaba-affiliated fintech firm and another ambitious project, is acquiring U.S.-based Moneygram in an $880 million deal that is pegged to close in the second half of this year, assuming that regulators and the government OK it.

The cloud unit and Ant Financial, which is close to raising $3 billion in debt funding for M&A deals, are two areas Ma and Alibaba look to for the future. Meanwhile, Alibaba’s core e-commerce business is performing above expectations — it smashed analyst forecasts for its final quarter of 2016 and raised its expectations for the remainder of the financial year — but the e-commerce giant wants to develop businesses that can reduce its reliance on its core services in China.

Those services accounted for 87 percent of the RMB 53.25 billion ($7.67 billion) revenue grossed in the last quarter. 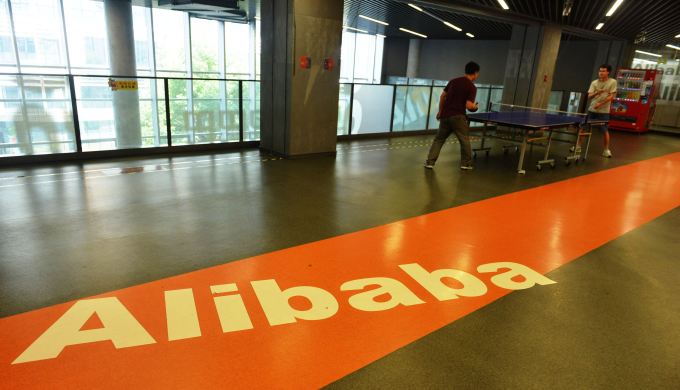 Although these growth figures are impressive, it would take years to reach $1 billion per quarter so Alibaba has focused on expanding its geographic footprint, pushing its cloud business into Europe, Australia, Japan and the Middle East by opening of four new data centers last November. The company has also expanded existing sites, recently doubling its capacity in Hong Kong to “address increasing demand.”

Alibaba isn’t just relying on the cloud to generate new revenue, it is investing in what it knows: e-commerce. The company picked up a stake in Paytm, India’s top mobile wallet firm, and an online sales firm, and elsewhere in India, and it owns a stake in Amazon rival Snapdeal.

Elsewhere, last year Alibaba snapped up a controlling share in Lazada, the largest online shopping site in Southeast Asia, a region of more than 600 million consumers and increasing internet connectivity. While a 2016 report co-authored by Google suggested that online commerce in Southeast Asia will rise to reach $88 billion by 2025, the region is another slow burner for Alibaba. Online is thought to account for under five percent of commerce in the region, while Lazada has yet to break even, let alone post a profit.

That really sums up many of Alibaba’s bets. It is still early days and the reliance remains on Taobao (its marketplace) and T-Mall (its service for brands) in China, but there’s enough money in the bank to push its business interests in India, Southeast Asia and the cloud towards a higher chunk of revenue. And Ant Financial is also helping grow its e-commerce footprint abroad with investments in the U.S., Korea, Southeast Asia and beyond. In that respect, the cloud may be Alibaba’s longest shot — or its grandest ambition.

While it’s not impossible for a company with the resources and reach of Alibaba to make a spirited play for cloud market share outside of Asia, it would take some unlikely shifts in the current balance of power in the market for it to reach Simon Hu’s ambitious goal of catching AWS.