It’s safe to say that Veeva is not a household name, but 10 years ago this month the company launched the first of a set of enterprise tools, like content management and CRM, designed for the unique requirements of the pharmaceutical and life sciences industry.

You have to remember, this was a fairly revolutionary notion a decade ago when very few companies were running enterprise software in the cloud, except perhaps for Salesforce. “Starting Veeva, I had the idea or vision you could make very industry-specific software in the cloud and it would be bigger than anyone would have thought. In 2007, [most] people thought that was incorrect,” company founder and CEO Peter Gassner told TechCrunch.

That’s putting it mildly. In 2007, most people had no concept of cloud software, let alone in a regulated industry like life sciences, but Gassner and his co-founders firmly believed that they had a sound idea and that it would be successful.

The force was with him

The company pushed the bounds of conventional thinking even further by building Veeva on top of Salesforce’s fledgling development platform, Force.com.

It’s not a coincidence that Gassner came out of Salesforce in 2007 where he helped build that very  platform, meaning he probably knew how to build software on Force.com better than anyone at that time. One of the company’s earliest backers was Gordon Ritter, founder and general partner at Emergence Capital, who saw potential where most investors saw pitfalls. Emergence invested $4 million into Veeva in June, 2008.

I wasn’t [ever] discouraged. I was encouraged. If you are doing something that most people think is impossible, but you think it could be possible,…then you are ahead of the game. Peter Gassner, CEO at Veeva

“Everyone else was looking at Veeva with a knee jerk reaction: ‘This can’t be done.’ They were forgetting that Peter built the platform and that he knew the details and knew the internals and how to strike the right balance to take advantage of the platform,” he said.

Ritter was willing to take a chance when many investors were put off by what they saw as a risk of using the the cloud in a regulated setting like life sciences. “Peter and the team had a unique way of mitigating those risks,” Ritter said.

Ray Wang, founder and principal analyst at Constellation Research, said that the state of software in the life sciences industry back in 2007 consisted of ancient companies making software that was hard to use. People were actually hungry for a better solution and Veeva came along with a bold idea to sell software in the cloud. They were able to show that they could handle the security concerns of the industry, while building a CRM tool sales people would actually use, Wang said.

“Veeva succeeded at a time where existing tools, perceptions of regulatory hurdles and a nascent cloud seemed to be an unlikely bet. Yet building a product that met the unique needs of pharma sales people, betting on the Force.com platform, and strong vertical expertise eventually helped them break out and lead an industry vertical within the Salesforce ecosystem,” Wang explained.

Long way to the top

Gassner admitted it wasn’t always an easy sell early on, and he just had to trust that the technology was good enough. He believed if they could get one company at a time to buy in, they could build on that, and of course that happened — but there were trying times at the beginning. 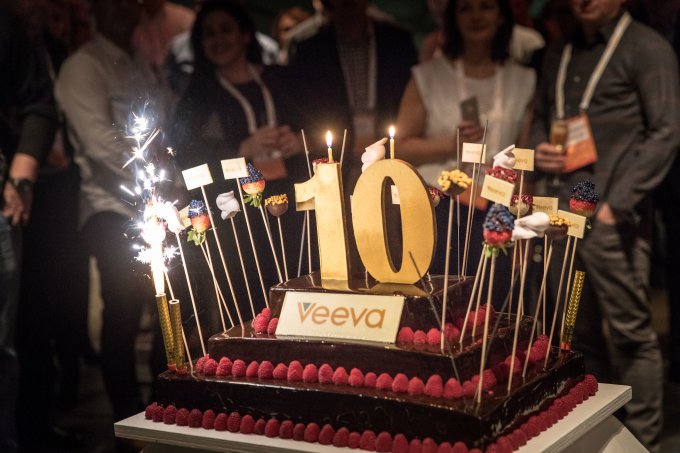 “I remember in the early days of Veeva, we started selling CRM. A guy [from the customer’s team] stood up and said, ‘we have more people in this meeting than you have in your company. Why are we even talking?’ I just answered it truthfully that we have great people making great technology and this is a chance.”

That kind of negativity was actually all-encompassing, except internally and with the early investors. People said that his whole vision was wrong, that focusing on a vertical in the cloud was a bad strategy and building on someone else’s platform (Force.com) was even crazier. Gassner was told that this approach would limit his ability to exit.

He never listened to the naysayers. He believed in his vision, as any good startup founder should, and the company has grown and thrived. What’s more, it did eventually exit, going public in 2013, raising $217 million in its IPO with a market cap of $2.4 billion. Today, with close to $600 million in yearly revenue, the company has set a $1 billion revenue goal, and the market cap has grown to over $6 billion.