As the TV show Silicon Valley has shown, the tech community there is ripe for satire. So it’s not surprising that the next “product” to be born into this satirical “vertical” is a board game where you must go through the sometimes tortuous process of raising money. 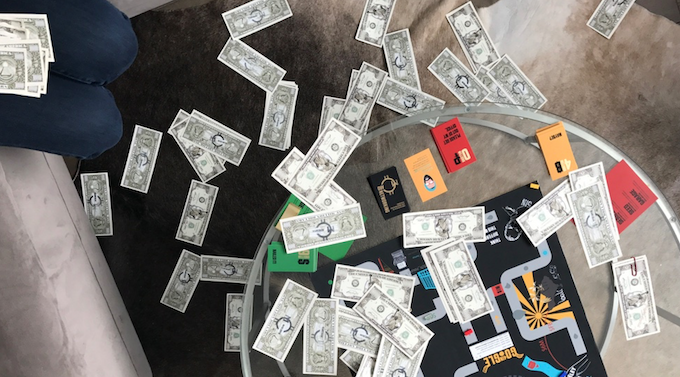 The Maybe Capital Board Game launched this week on Kickstarter, and its launch is being supported by former CEO of Twitter, Dick Costolo, who, as a former stand-up comedian and contributor to the aforementioned TV show, definitely gets the funny side of the tech industry.

Produced by a fictional VC firm, Maybe Capital, “the most powerful venture capital firm in Silicon Valley,” the game turns you into a VC-in-training, where you must pitch companies to your fellow players, eventually winning all the money for your firm. 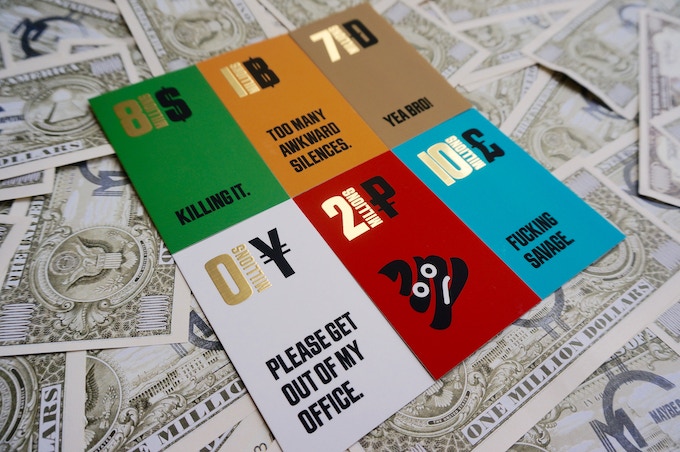 While pitching, you must travel up and down the infamous 101 Highway that runs through the Valley like a spine, earning money and investors, pitching companies and networking with other famous VCs and founders. The game will obviously hone your pitch skills, although at the more non-serious end of things. 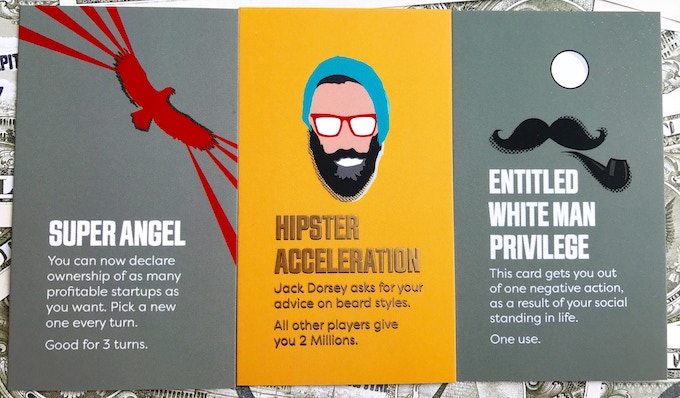 You’ll encounter Steve Jobs, who, guru-like, will advise you, and stop in places like Marin to “smoke pot with someone famous” (and pick up their $5 million investment).

After various twists and turns, you’ll win the game when you get your portfolio of startups to an IPO first. Alternatively, if a player suddenly secures $50 million in a Series A round, they can declare that the bubble is clearly about to burst and winter is coming…

There’s also an interesting online component. Kickstarter backers will get expansion packs and other benefits uploaded to the Maybe Capital site.

But there’s also a slightly serious side: There’s different pricing for men and women, to highlight the disparity in earning power in the Valley. 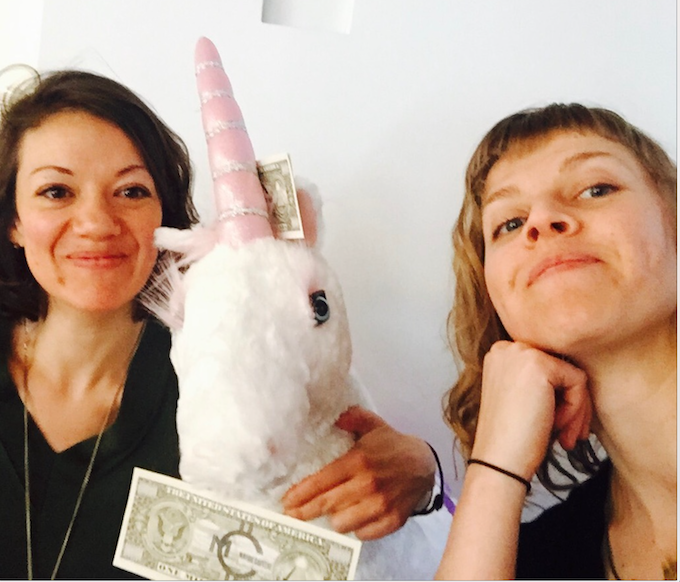 Maybe Capital was started by Rick Powers, Dre Koval and Anya Kandel, who all have variously worked in Valley startups. They coordinated with Laura Sagen for the war propaganda-esque designs.

Tweet a pitch to Koval and at the end of the campaign, the winner will get 1 percent equity of Maybe Capital the board game.

“What the Maybe Capital team figured out is that Silicon Valley isn’t really about doing something, it’s about starting a conversation so other people can do something,” says another backer, Michael Fertik, executive chairman of Reputation.

And what does Costolo say? “I wouldn’t say this is a terrible idea.”

Silicon Valley, huh. Changing the world through board games…