As our society continues to devalue facts and statistics, Data.world, a two year old data collaboration startup out of Austin, Texas, is fighting back with its passionate community of data nerds. Today the company is announcing a $18.7 million Series B led by Pat Ryan’s family investment group to further build out its platform for aggregating and analyzing data.

CEO Brett Hurt and CPO Jon Loyens explained to TechCrunch that the growth of Data.world is really indicative of the broader movement towards more open data. Like Github and the open source developer movement before it, Data.world wants to drive the data philanthropy movement forward by breaking down the barriers to finding data and working with others to extract insights.

Data.world is a B Corp, meaning that its governing documents mandate it be accountable for creating value for society, rather than just money for shareholders. Through data philanthropy, Data.world hopes to help companies see the benefits of sharing their data. In the post-fact world we find ourselves, data is both an economic and social good. The same spreadsheets that form the bedrock of startups also enable government transparency and shed light on marginalized communities.

Data For Democracy, one of Data.world’s earliest users, uses the platform to bring data scientists together across geographies to improve communities and support democracy. The group of over 700 people currently works with crime, campaign and election data to come to non-obvious conclusions about election trends and government spending. To Jonathon Morgan, the group’s leader, one of the platform’s strongest assets is its mindfulness of the data scientist’s workflow.

“Election data is some of the messiest and nastiest data available even though it’s some of the most open data in theory,” explained Morgan in an interview. It’s this complexity that can only solved with a hive-mind approach. 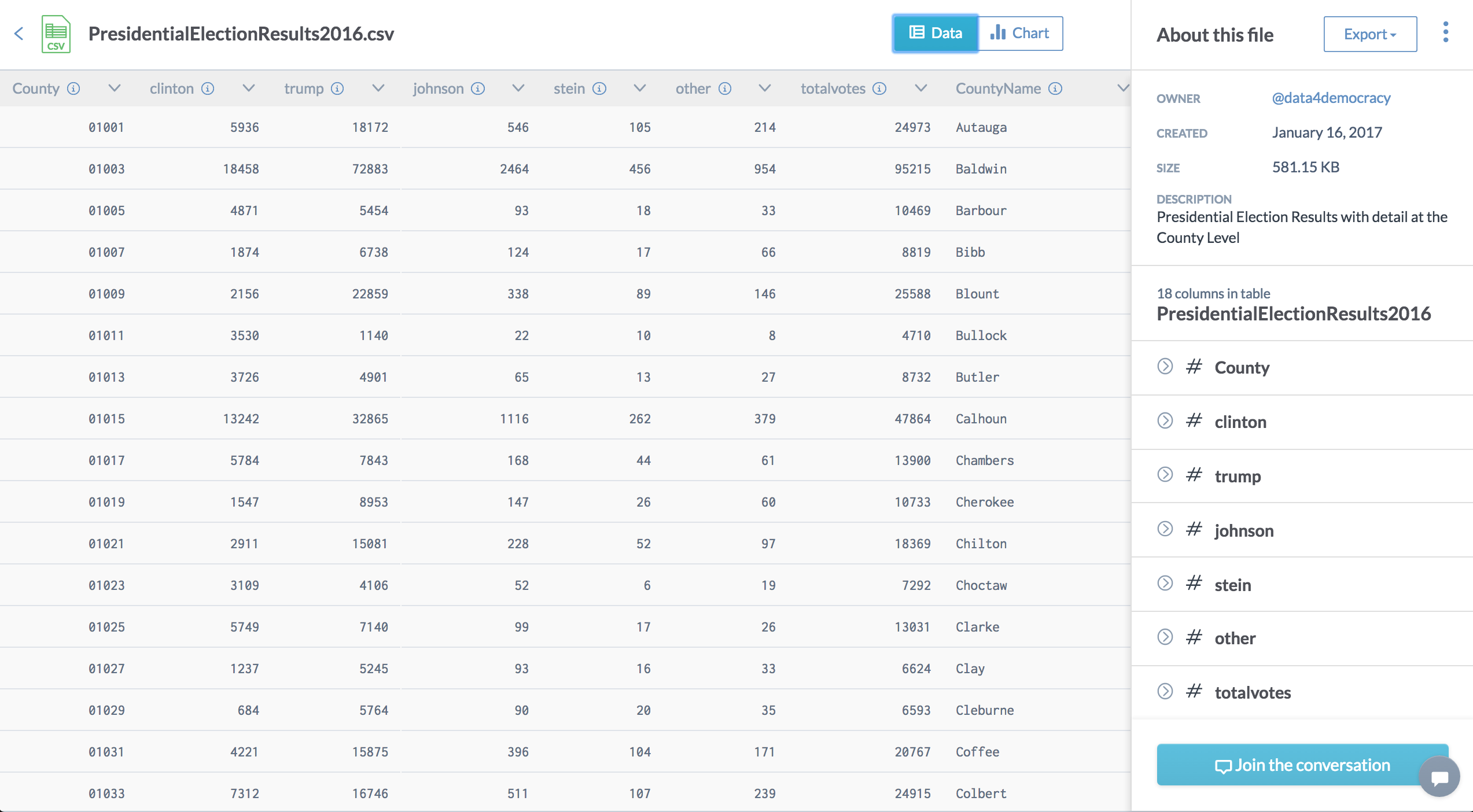 An example Data For Democracy dataset hosted on Data.world

It’s easy to be skeptical about open data, particularly if you’re a member of the machine intelligence community. I meet with startups on a regular basis that express fear when talking about the strategic advantages that companies like Google and Facebook have to train high-performing machine learning models. So it intuitively follows that companies, big and small, would be protective of their quantitative assets.

But Hurt and Loyens explained that we’re starting to see positive cracks in that old-fashioned paradigm. Just last month, Uber announced that it would be releasing Movement, an online tool to analyze traffic data gathered from years of operating its fleet. Uber is likely playing the long-game with the move, anticipating that it will benefit from the targeted infrastructure improvements cities can make with access to the data.

“We’re going to end up in a world where ML and AI stall out a bit unless we build a bigger public corpus of knowledge,” asserted Loyens.

The Data.world community only continues to grow. In December alone, Data.world increased its user base by 60 percent and is on track to double its users in Q1 2017.

Monetization still remains a bit of an open question. The team is exploring the idea of offering Data.world to enterprises to manage both their public and private data. This could come with premium features, but Jason Pressman, another investor and partner at Shasta Ventures says the focus is on usage for the time being.