Most consumer drones available on the market today fit in one of two categories: full-fledged UAVs like DJI’s Inspire, Phantom or Mavic, or portable “selfie” drones like Hover that prioritize size and convenience over features.

So what about “in-between” drones? Drones that are easy to carry, typically under the weight that requires FAA registration but still have at least a few serious features like GPS and basic autonomous flight?

Meet Dobby, a new drone made by Chinese-based startup Zerotech that is now on sale for $399.

Dobby is a foldable drone that is barely bigger than a new Apple TV remote and about the size of an iPhone Plus — but still has full-fledged features like stabilization via either GPS (for outdoor flight) or image recognition and ultrasonic positioning (for indoor flight). It also weighs just under 200 grams with the battery, meaning it doesn’t have to be registered with the FAA and literally fits in your picket.

This positioning lets it stay relatively stable both indoors and outdoors. While using ultrasonic positioning and image recognition to stabilize a portable drone indoors isn’t new (Hover does the same thing) it’s rare for a portable drone to have a GPS chip that allows it to also stabilize itself outside and when flying at a higher altitude.

I flew it mostly indoors — and it performed great. The indoor positioning and stabilization was pretty flawless, and the controls were accurate enough to navigate throughout rooms in my house. In my opinion, this is where Dobby shines — it’s the perfect size to pull out and fly around your kitchen when you have a friend over who is asking about drones. You definitely couldn’t do this with a Mavic. 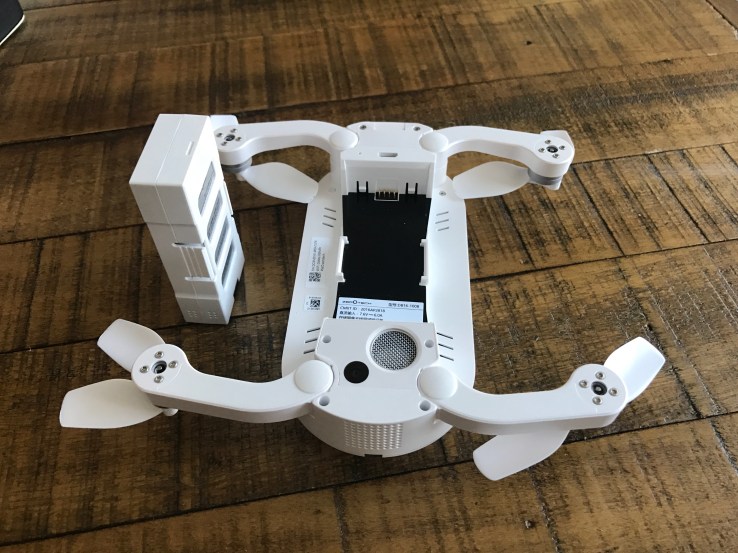 Dobby has a 13MP camera that can take video in 1080p, and has advanced photography features like auto-tracking and orbital shot tracking. Dobby also has 16MP of onboard memory to hold your photos.

But, of course, having a super portable drone means some compromises. The battery only lasts around 9 minutes, and my testing was even a little shorter than that. I also noticed that the motors got really hot after just a few minutes of flying, but this didn’t seem to affect performance. And because the drone doesn’t have a controller, it connects to your iPhone via Wi-Fi, which is a blessing and a curse.

It’s great because you don’t need to carry a separate controller around. But everyone who has flown a Wi-Fi-controlled drone knows the connection isn’t always the most reliable, especially at a long distance.

But this issue isn’t unique to Dobby — every Wi-Fi-controlled drone I’ve ever flown has had some connection issues, and these usually happen when you start to fly it too far away from you. If Dobby does drop a Wi-Fi connection during an outdoor GPS-enabled flight it will return to where it took off, and if it loses signal indoors it will just land in the spot the connection is lost. 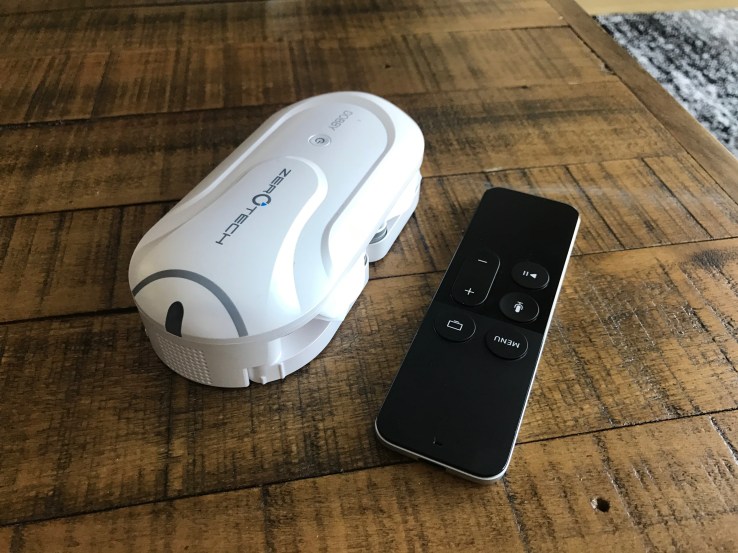 The iOS app to control the app also isn’t the best — it’s a little clunky, and seems like it was originally designed for the startup’s China-based users, with a focus on sharing content that you create with Dobby. But once you figure out how to get past that and to the main controller screen, it’s just as good as any other iPhone-based drone controller.

Essentially, Dobby isn’t a drone that is going to fly hundreds of feet over your house like a Mavic. But it’s not supposed to. It’s meant to fall somewhere in between those Cheerson CX-10 nano drones and a professional-grade Inspire 2, and it does this pretty well.