When Backstage Capital Founder and Managing Partner Arlan Hamilton first stumbled upon Silicon Valley — as an area and a state of mind — she realized she had found her people. But after spending some time there and sussing it out, she realized something that ultimately changed her path.

“I noticed it was the land of opportunity, but not for everyone,” Hamilton told me. “It just dawned on me one day: if I can’t get these investors to take some of the founders seriously just because they don’t look like the last person they invested in, then maybe I should just try to put together some money and make those decisions myself. And maybe that’ll kickstart something.”

Through Backstage Capital, which received its first inbound check from a limited partner in September 2015, Hamilton strictly invests in startups founded by underrepresented people in tech, including people of color and LGBTQ people. To date, Backstage Capital has invested in 31 companies, with Hamilton writing checks between $25,000 to $100,000 per startup. Backstage Capital’s limited partners include people like Slack CEO Stewart Butterfield, Pathbrite former CEO and founder Heather Hiles and Box CEO Aaron Levie.

Backstage Capital closed its first $5 million fund at the end of last year, which included everything from a mobile app that take pictures and turns them into nail art (NailSnaps) to a woman working on a drone that can stop bullets mid-air (Astral AR). 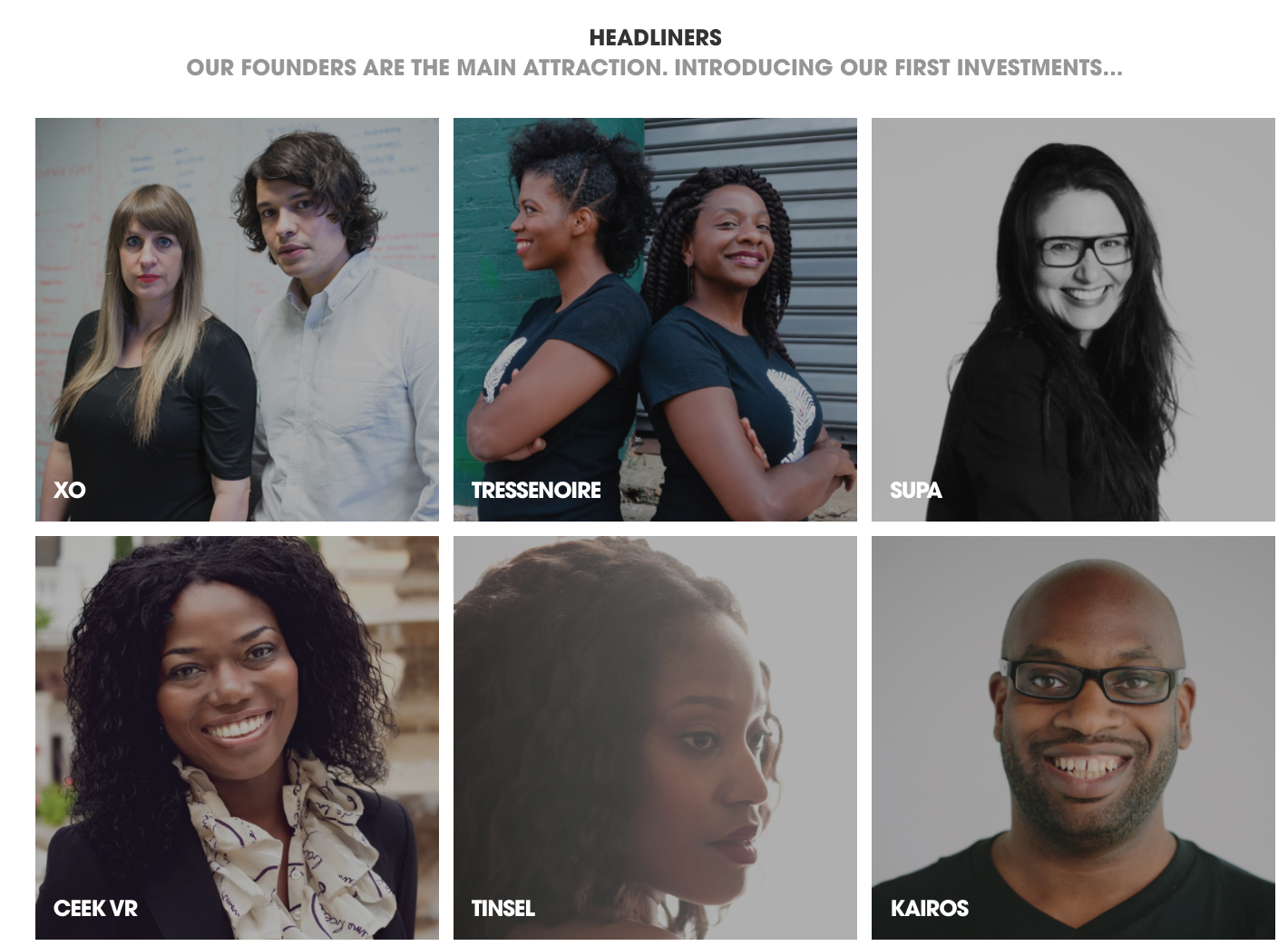 Now, Hamilton is raising for her second fund, which she hopes to use to invest in 30 more companies with check sizes in the same range as the first.

“With fund two, what I’m learning personally — and I’m happy to be super candid about this — the more I move forward and go, go, go and the more that we build out Backstage with our amazing crew, the more I see that I just want to invest in as many women of color as possible,” Hamilton said. “In fund three, I think you’ll see that it will only be women of color. That will probably be where we start moving.”

Hamilton wasn’t able to say the exact size of the second fund but says they’re the size of the catering budget for the Christmas party at Andreessen Horowitz.

“Marc is an investor in fund one and I dig him, so hopefully he won’t take that the wrong way, but it’s true,” Hamilton said. “We’re out here trying to make it work.” 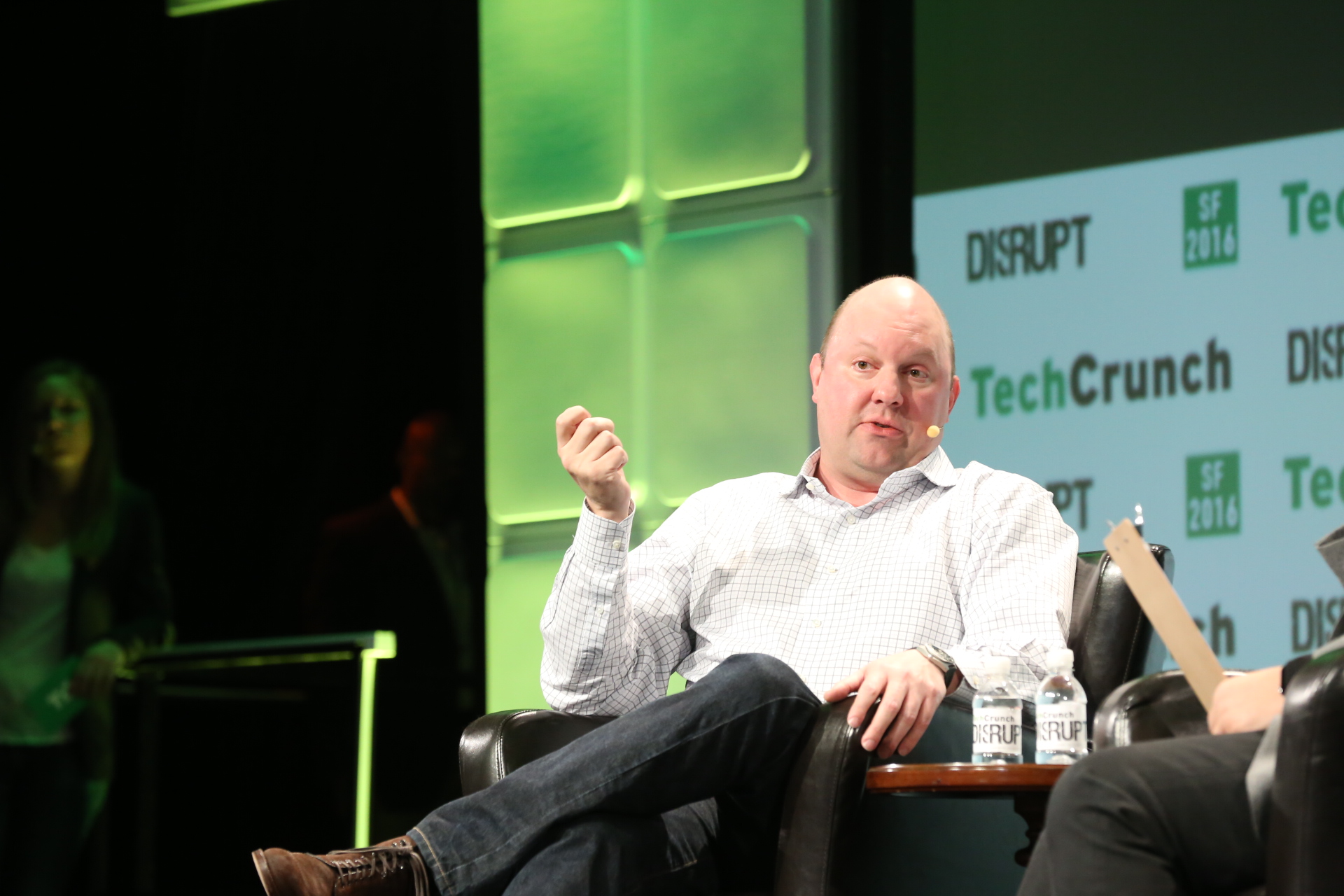 Hamilton has only been a venture capitalist for a couple of years now, so I wondered how her experience so far has lived up to her expectations.

On a more serious note, Hamilton talked about how she expected it to be difficult because it started out difficult.

“I never had any illusions that it would be easy,” Hamilton said. “I will say it surprised me that it’s still so difficult to raise (a fund). The goal post gets moved so often. Originally when we started it was, ‘Ok, you’re not going to be able to start a fund. No one’s going to give you money to invest money. No one’s going to do that.’ and then they did.”

It took 16 months to close Backstage Capital’s first fund, from the time it received its first check to its last. With the second fund, Hamilton said she envisions it taking a tenth of that time.

But Backstage Capital is really just getting started. Hamilton’s goal is to invest in 100 companies that are led by underrepresented founders, with half being women of color.

Last year, Hamilton saw over 1,000 companies, which was a lot to go through. In the near future, Backstage Capital is going to open up an application process similar to that of an accelerator because “the deal flow is crazy,” Hamilton said. But that’s a good thing. The hardest part of the job is disappointing people, Hamilton said.

Hamilton met with 970 founders last year who “thought that I could be different and I had to tell them we couldn’t do it, for one reason or another,” Hamilton said. “It’s not the easiest thing. It’s not a fun job. Telling people no is not fun.”

The other disappointing aspect is that Hamilton can’t always invest as much money as she wants to, simply because Backstage Capital can’t raise fast enough.

“So that’s a disappointment,” Hamilton said. “We’re not all sitting around here sad and crying and listening to Jewel, although, we do that sometimes. There’s nothing wrong with that. But that’s the downside.”

Hamilton sees it as an honor to invest in people of color and get a seat at their table, but she does sometimes think that she could be doing more. Thankfully, there are other people doing this work and it’s not any one person’s job to do this, Hamilton said.

“I’m doing my part and trying to do the best job that I can and to go from two years ago, when I was homeless and had nothing, had no money, didn’t know how I was going to pay for the next meal to go to ‘ok, now we’ve put money and the spotlight on these companies and we’re headed to do twice as much as that over the next couple of years,’ I have to look at that as a success,” Hamilton said. “I have to keep looking at the positive side of things.”

Ultimately, Hamilton believes that Sequoia Capital, Khosla Ventures and firms in that echelon of the venture capital world will have departments dedicated to diversity investing within the next 18 months. As Backstage Capital starts having exits, “everyone is going to jump on it,” Hamilton said. “We’re catching that wave really early and are just going to kind of ride it into the sunset.”