Instagram Stories now has as many users as the last number announced by Snapchat, the app Instagram copied. And it’s swiftly moving to monetize that massive audience. Along with the new 150 million daily user stat, Instagram today announced the launch of ads mixed into Stories. The unclickable five-second photo and 15-second video ads appear between different people’s stories and can be easily skipped. Instagram will also provide business accounts with analytics on the reach, impressions, replies and exits of their Stories.

Monetizing the feature just five months after its August launch might seem premature and could potentially slow its rapid growth. It hit 100 million dailies in October thanks to Stories appearing atop the Instagram feed home screen instead of a different tab or app.

Yet Stories now has the same user count as Instagram’s feed did when it started showing ads in late 2013. It’s just that it took Instagram, now with 600 million monthly and 300 million daily users, three years to get there.

The new Story ads will eventually roll out globally on all interfaces, but will first be tested over the next few weeks with a group of 30 partners, including Capital One, General Motors, Nike and Netflix. Seventy percent of Instagram users already follow a business, and one-third of the most-watched Stories on Instagram were created by businesses, so the company thinks its partners can make ads that won’t bore people into closing the app. They’ll be able to check analytics on their Stories through the Insights button on their profiles.

For now, Stories ads will be sold on a cost-per-1000-impressions basis and priced via auction, with any length of view counting as an impression rather than needing to play for three seconds to be counted as a view (like Facebook videos). Currently there’s no option to click or swipe up to open an advertiser’s website, but Instagram’s VP of business James Quarles tells me “In the future people might want to buy a click or buy a video view and those would be measured differently… We plan to incorporate that in the coming months.” 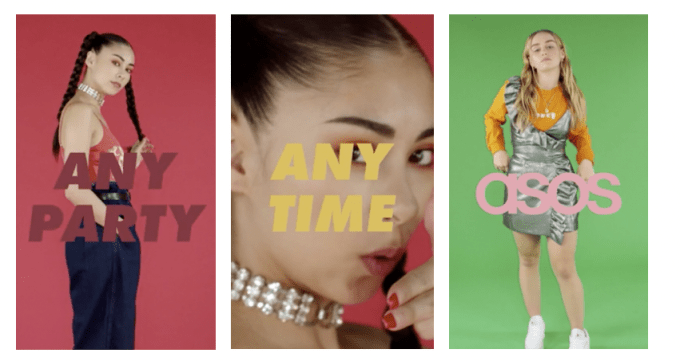 Users won’t see any signs of the ads until they watch through multiple friends’ Stories in sequence. When the app auto-advances from the end of one friend’s story to the start of another’s, Instagram will sometimes slip in an ad with a “Sponsored” label on it. Just like user posts, ads can be either a photo lasting up to five seconds or a video lasting up to 15. Users either watch the ad to completion before it auto-advances to the next friend’s story, or they can swipe to skip it.

The format, just like the Stories feature itself, is a copy of Snapchat’s Snap Ads. Snapchat’s ads work the same, except that users there have to choose several people’s Stories to watch as a playlist, with ads appearing in between since Snapchat stopped letting you watch all your friends’ Stories in sequence.

Instagram could have waited until later this year when Snapchat is supposed to IPO before showing ads. This would have allowed it to retain the advantage of offering Stories without interruption. But clearly Instagram views the growth of its Stories as strong enough to endure any drop-off in usage that ads cause, and parent company Facebook is eager to see more revenue from its photo acquisition.