When we first heard about LG’s Hub robot, it sure sounded a lot like a cross between an Amazon Echo and a Roomba. Turns out the company has gone for a much more friendly robot approach to the tech. The Hub is a peanut-shaped bot designed to hang out on a desktop or table, with a display that doubles as its face.

The company isn’t talking much about the Hub’s functionality, beyond some basic smart home features, like the ability to play music. All in all, it sounds like a more humanized version of Amazon (and, for that matter, LG) speaker hubs. 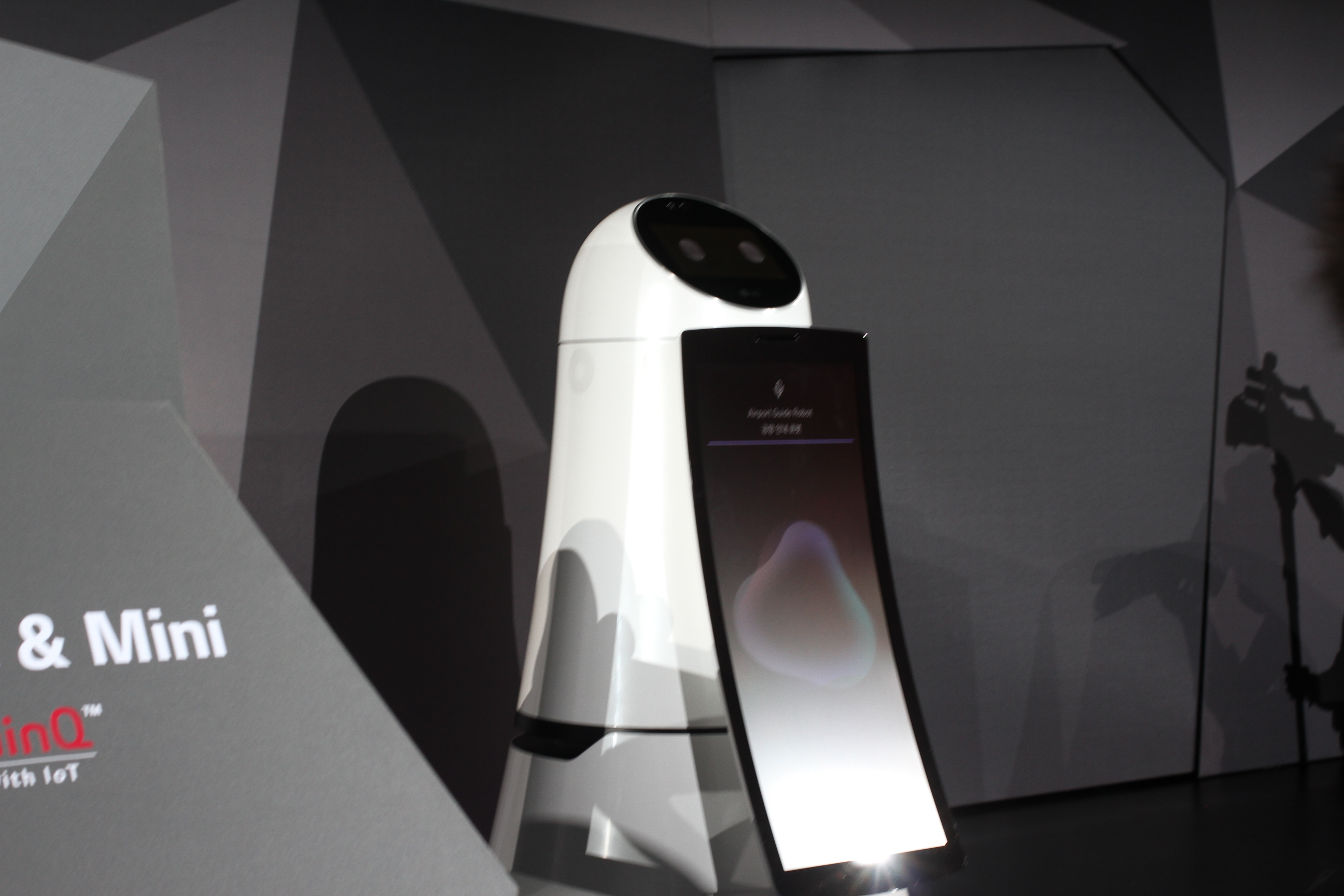 The robot will also have a smaller counterpart (the Mini) and a much larger one – the simply named Airport guide, which will be rolled out (quite literally) at Incheon Airport in South Korea later this year, offering travelers gate information and departure times – essentially service as a friendly version of your standard airport kiosk, only with a face. 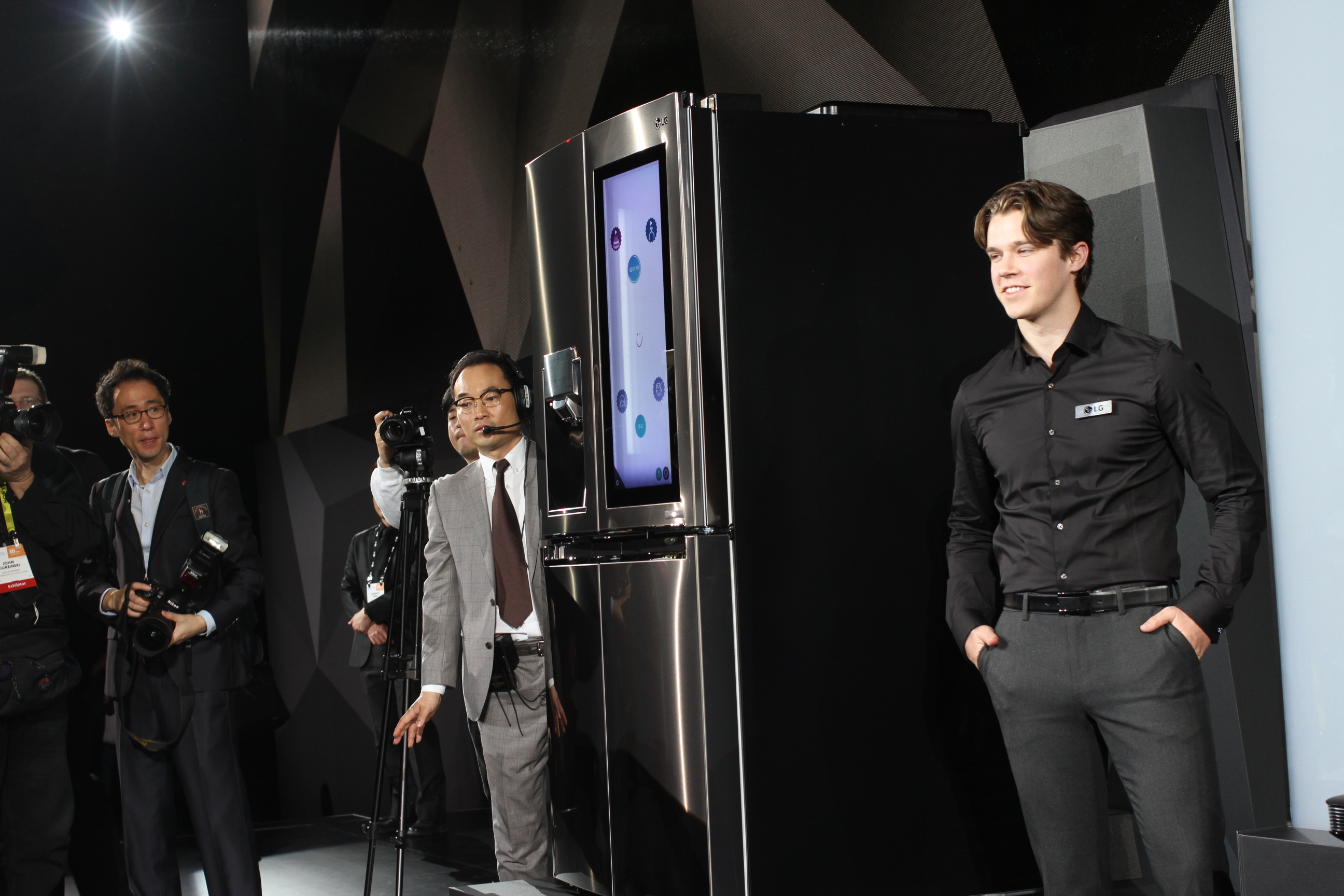 webOS has lived a strange life over the past several years. In LG’s hands, however, it’s probably not surprising that the one-time Palm operating system was destined to wind up on the front of a refrigerator. What’s more interesting here, is the fact that LG has rolled it’s ongoing partnership with Amazon to bring the Alexa voice assistant directly to the InstaView Door-in-Door refrigerator.

The companies are promising the “full Alexa experience,” making the fridge the latest of a growing number of devices vying to become the hub of users’ growing smart home ecosystem. That means you’ll be able to do the standard music playing, along with some smart home control.

Amazon functionality also means that users will be able to order food directly from the front of the device with their device, one-upping the Amazon Dash functionality the company has rolled out past appliances, so you really don’t have an excuse to ever leave your fridge’s immediate vicinity.