Twitter is taking another step into getting into live video by introducing 360-degree live streams through Periscope.

Anyone on Twitter and Periscope can watch 360-degree live video, though currently only select partners can go live in 360 via Periscope, the company announced in a blog post. While it’s only available for a limited number of partners for now, it makes sense that Twitter would start rolling out a tool like this as live streaming becomes increasingly popular on platforms like Facebook.

So, Twitter is trying to release yet another new product as it continues to try to find a new future for itself in 2017. This was a very challenging year for Twitter, which saw itself as the subject of a potential major acquisition before those talks fell apart. Since then, Twitter has struggled to figure out new ways to grow and has only incrementally added new products and features.

It looks like live streamers will plug a camera into the bottom of a phone in order to start recording and broadcasting the video, which is seen in the screenshot below taken from the video (apologies for poor quality). 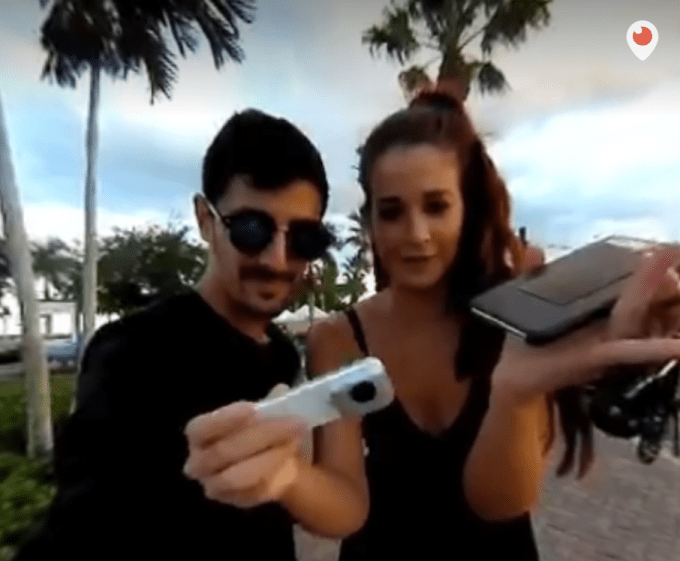 With live 360 video, users can get a full capture of what’s going on for a broadcaster’s surroundings. Right now, as it’s limited to partners, which will no doubt use this as a playground to discover new use cases, it looks like there won’t be a ton of live 360-degree video for a bit. But this could also be a strong play to attract new influencers that it may see flocking to other platforms, giving them new tools (or toys) to play with in order to continue building their audience.

If you want to read into the tea leaves a little bit here, the company post was authored by Alessandro Sabatelli, the company’s director of AR and VR. So feel free to speculate as you wish while Twitter has said it is starting to explore opportunities in this area.

Making big changes to a platform with a wide audience — in Twitter’s case, though it isn’t growing as fast as Facebook, one with more than 300 million people — is always going to be tricky. But the company needs to continue to make big bets, particularly in video (it acquired Periscope), if it’s going to find a new way to ignite growth.