Mark Zuckerberg gave new insights about how he sees Facebook’s role in informing the world today during a Live video one-on-one year-end chat with COO Sheryl Sandberg. Facebook’s CEO also lent support to employees trying to fight fake news today, though reports indicated some employees were dissatisfied by his initially tepid response to the issue.

“Facebook is a new kind of platform. It’s not a traditional technology company,” he said today, mirroring his exact words from last week when Facebook launched product updates and partnerships with outside fact-checkers to fight fake news. But then he went a step further, now saying “It’s not a traditional media company. You know, we build technology and we feel responsible for how it’s used.”

This is a significant shift from how Zuckerberg has discussed Facebook and media in the past. In August while in Rome to meet the Pope, Reuters reports that Zuckerberg responded to an Italian who asked if Facebook would become a news editor by saying “No, we are a tech company, not a media company.” He drew a line between Facebook and publishers, explaining that “The world needs news companies, but also technology platforms, like what we do, and we take our role in this very seriously.”

The reason this distinction matters is that pure technology platforms receive greater immunity regarding the content they serve, both legally and in the public eye. This stems from the 1996 Communications Decency Act’s Section 230(c), or the Good Samaritan act, that states “No provider or user of an interactive computer service shall be treated as the publisher or speaker of any information provided by another information content provider.” Media companies are considered more directly responsible for their content. 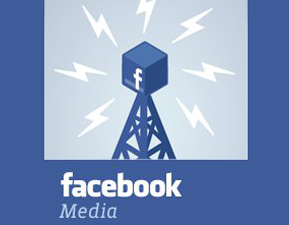 Previous statements have seen Zuckerberg willing to have Facebook assume some of that responsibility voluntarily, while avoiding the title of ‘media company’ that could trigger more technical liability.

Looking closer at the Facebook product compared to the newsroom of a media company, you could see the users as the reporters creating the stories, while the News Feed algorithm acts as the editor, deciding which stories to run and how prominently. Meanwhile, Facebook’s leaders who write the community standards and content policies also act as editors, vetoing or allowing controversial content like reports of police shootings or nude historical photographs.

Facebook writes the code that applies these algorithms and policies like a technology company, but it also makes editorial decisions about what to prioritize and permit, like the editor of a media company.

[Update 2: What’s consistent in both statements this week is that Zuckerberg sees Facebook as a third institution that incorporates values of both tech and media: a place for “public discourse”. Like a town square, it’s both an inclusive venue for expression, similar to a technology platform.  But it’s one bound by the values of the community that established the town and live in it, similar to a media company’s editorial policy. Though a diversity of thought can be shared, there are still laws and norms that guide what legally can and is socially acceptable to share.

A town square can support heated debate while banishing purposefully abusive citizens that break the social fabric. That seems to be the balance Facebook is hoping to strike on fake news.] 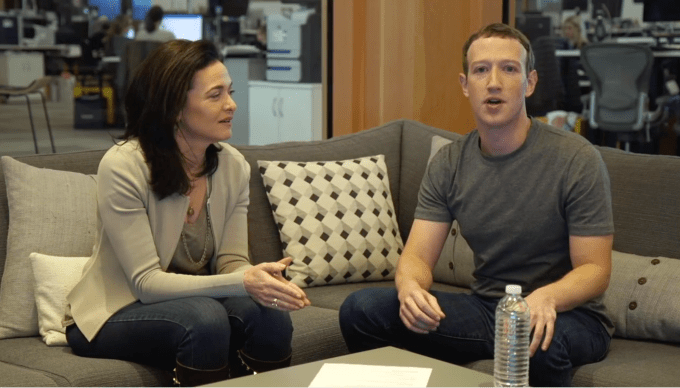 Later in the talk, he notes that “reflecting on 2016, this is just something that I’m proud that people in this company take so seriously,” referring to fake news. But immediately after the election, Zuckerberg was reluctant to admit fake news was a massive problem warranting urgent attention.

That prompted a “renegade task force” of employees to assemble and begin meeting in secret, BuzzFeed’s Sheera Frenkel reported on November 14th. By November 18th, Zuckerberg had changed his tone, discussing fake news as a more serious threat, and outlining six ways Facebook would fight it, several of which launched last week.

Now Zuckerberg is commending his team for taking the issue “super seriously,” displaying a wise course correction that could lead Facebook to use the full extent of its power to fight disinformation.

Here’s a transcript of the segment of today’s Facebook Live broadcast where Zuckerberg discussed fake news (emphasis mine):

If you look across the world it’s been a really tough year. There’s just been a lot of change, regardless of which side of it you’re on. If you’re pushing a new movement and that succeeded in the political movements in the US or in Europe or in parts of Asia, even if you were on the side of that that was pushing for that, this is big change and that’s an important thing for the world.

And I think that, you know, when we think about what Facebook is doing in trying to give people a voice, one of the things that we are spending a lot of time reflecting on this year and I think going forward is that we have a big responsibility to make sure that these tools are used to create the most benefit for people around the world. And, you know, Facebook is a new kind of platform. It’s not a traditional technology company. It’s not a traditional media company. You know, we build technology and we feel responsible for how it’s used. We don’t write the news that people read on the platform. But at the same time we also know that we do a lot more than just distribute news, and we’re an important part of the public discourse.