The 3D Runners aren’t going to change the sneaker world. Not yet, at least. For now, the technology isn’t affordable or scalable enough for the mainstream shoe-buying public. The $333 price tag is simultaneously a nod to the technology that gave the shoes life and a reminder of its still prohibitive nature. But unlike the $700+ self-lacing Nike HyperAdapts that launched earlier this year in limited quantity, the underlying tech on Adidas’ new sneakers feel truly inevitable.

Three things you notice about the 3D Runners right out of the box. One, they’re sexy as hell. Two, they’re extremely light. Three, they’d be completely useless in a rainstorm. Between the Primeknit upper and the lattice-work 3D-printed midsoles, the sneakers look to be made of mostly air — no doubt a considerable factor in helping keep the running shoes so lightweight.

The company refers to the 3D-printed midsole as a “3D web structure,” a reference to the geometrically complex scaffolding that varies density based on where the foot strikes to better distribute impact and absorb shock. The design also allows for more elasticity on the bottom of the shoe, particularly when coupled with the malleable knit top. And they fit pretty well out of the box — a big change from most of the running shoes I’ve picked up over the years. 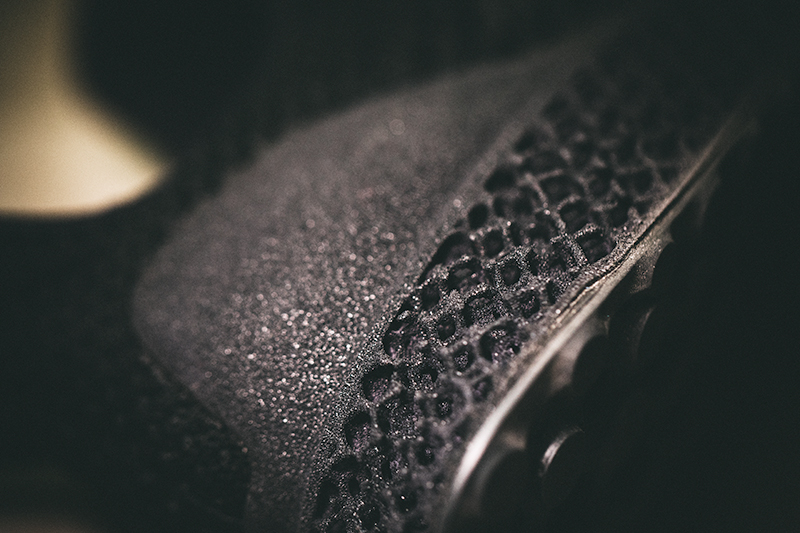 Are they worth $333? Unless you’re particularly hung up on getting something limited edition, of course not. But the 3D Runners aren’t meant to be viewed along the lines of the company’s more commercial offerings. Instead, like the Parley ocean-waste shoes and the biodegradable synthetic Biosteel fiber kicks also shown off this year, they’re more of a nod to what’s possible.