How could Dr Michael Lynch raise a $1 billion venture capital fund while being sued for $5 billion over alleged fraud in the $11 billion sale of his company Autonomy to HP? “The reality is, that doesn’t take much time” since he has a team of lawyers on the case, Lynch said on stage during TechCrunch Disrupt London.

HP originally paid Lynch $730 million for his stake in Autonomy. Now its trying to recover that money and what it thinks it overpaid for the big data company. HP ended up having to write-down nearly $9 billion of the $11 billion buyout after Autonomy fell apart in its arms. Lynch is countersuing for $160 million, claiming the fraud suit ruined his reputation. 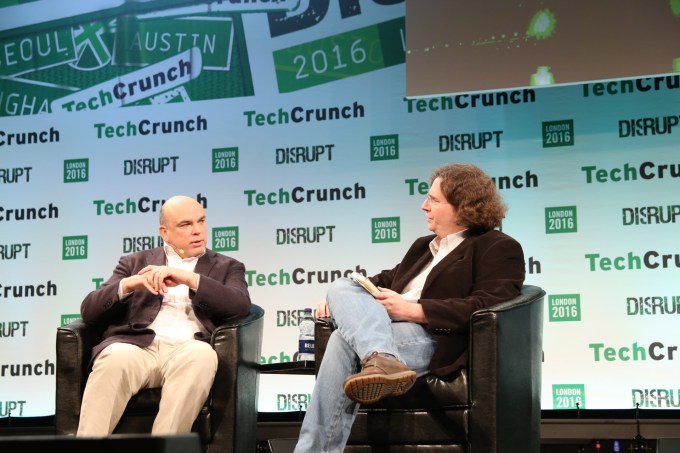 Lynch pushed to keep the focus on his Invoke Capital investment fund. But as shown in the video below, when pressed about the fraud suit he said “Not only did they own it for a year before they cried foul” but that Autonomy must have been working if clients were paying it hundreds of millions in cash. “If something’s wrong with a business, people don’t pay you” he noted, implying he’s performed well as a business man in the past.

So in regards to why anyone would hand him a billion more dollars to invest despite the allegations from HP, Lynch bluntly said “The kind of investors that we deal with were very easily able to do that kind of analysis and work out that there was a lot of spin and bullshit going on.”

The courts will attempt to cut through that BS as the lawsuit gets fought in London 2018.