When Priya Lakhani went to pick up her daughter from school one day, she asked her teacher how her daughter was doing. It was when she was walking home with her daughter that same day that she realized she wouldn’t always be able to have those types of opportunities to engage with teachers.

That prompted her to start a company called CENTURY, a tool that gives students a tailored educational experience and teachers a way to keep close track of a student’s successes and failures — and where they need to work harder to help that child learn. The teacher side of it materializes as a dashboard that allows them to build custom curriculum for their students, while students log in for their coursework through CENTURY. The company showed off its technology on stage at TechCrunch Disrupt London 2016.

The goal is to give an overall snapshot of a student’s strengths and weaknesses and help to tailor that educational experience. It’s all well and good for teachers to give a broad overview to parents of how their kids are doing, but it doesn’t do much good if a teacher just says “she’s not doing well in maths,” Lakhani said. Instead, CENTURY’s goal is to figure out where in maths the student may be struggling, and swoop in and help there. 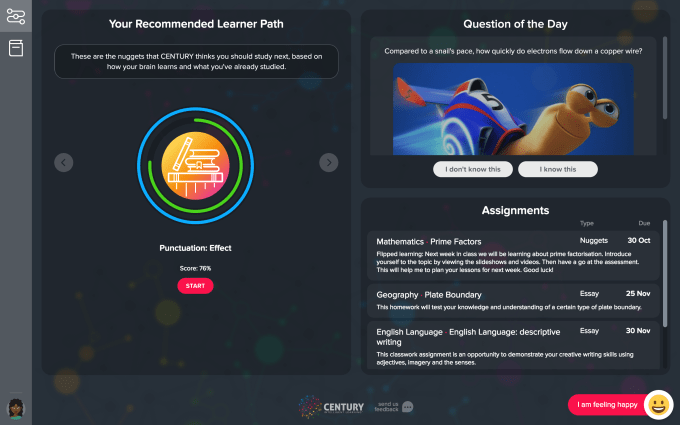 “I just thought, hang on a second, what’s going to happen when she’s 14?” Lakhani, CEO of CENTURY said. “I’m not going to be able to go to the school gate and say ‘hey, what did she do today?’ They want to walk home alone, teachers don’t bring them out to the gate. I thought, how involved can I be? Obviously there’s parent-teacher meetings, but how do I know how she’s performing every day. Then I thought about all the other facts I came across, how difficult it is for parents to be involved when they work in jobs.”

The service is essentially built around helping teachers reduce their administrative overhead, like tracking grades and figuring out where to target their efforts with individual students. For example, a teacher can dive deeply into which subjects in maths a student might be struggling with, be it integration or understanding partial fractions. And as an added benefit of that, teachers can cross-reference each other — for example, a physics teacher may collaborate with a maths teacher in order to figure out the best curriculum. 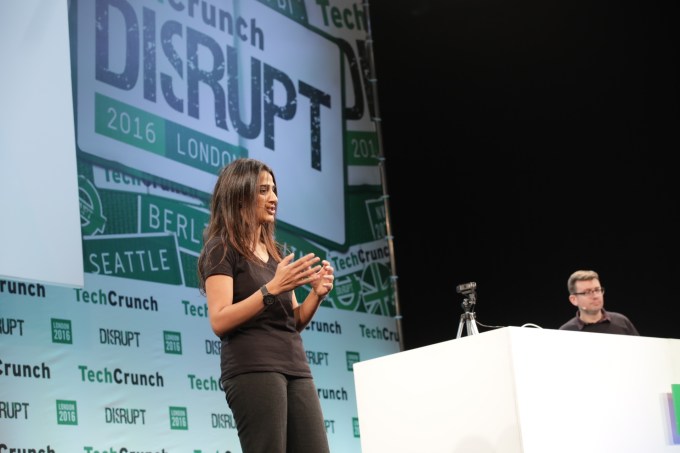 From all this, CENTURY applies a series of algorithms to gauge a student’s weaknesses and strengths, and then flags teachers on how they should proceed. Offloading that process to a machine would not only speed up the administrative efforts of teachers, but also help classrooms continue to scale. Teachers are already wildly overworked with large classes, and in theory it would help them be more active with their students instead of spending time on administrative work, Lakhani said.

While the company is working through London, the same principles — applying machine learning to a student’s profile in order to determine where to target their education — should work in any school system, Lakhani said. And the tool should be a boon not only for teachers, but also regulators who can get a more complete snapshot of how a school’s students are doing.

For CENTURY, there are going to be multiple challenges. The biggest one is going to be adoption — how can Lakhani convince teachers and schools that it’s worth their time to implement yet another new piece of educational technology? Already, schools are inundated with startups trying to change the educational workflow, and so far there haven’t been that many explosive successes. That’s part of the reason why CENTURY had to be a more complete package, rather than tackling smaller versions of the problem that some apps do, Lakhani said.

“There are lots of apps out there — there’s actually a lot of educational apps out there; it feels a bit fragmented,” she said. “I think there’s some really clever apps out there, and they work really well. But the system I’m talking about to address those pain points has to incorporate machine learning. It has to be a whole school solution. It’s good to have something target maths, but if you want to supercharge your teachers and arm them with real-time data and make that intervention, then you need to be giving them some deeper insights into the data and behavior of students. The system and platform need to be content-agnostic.”

Still, that’s also going to lead to a potential pitfall for CENTURY, as going for a complete platform means there may be smaller startups that can fill the gaps and gain adoption if successful, and then grow from there. But the hope for Lakhani is that CENTURY can become a robust tool that teachers — and parents — readily flock to based on the data it continues to collect.

“We want to learn how your brain learns,” Lakhani said. “If your system is content-agnostic, we can use neuroscience and look at the motivation of the person logging in. I felt the need to build it, I looked around and what I understood was that I needed to build the system by the time my daughter is seven. If you can put literacy, maths, online courses that teach life skills on there, then you have a really powerful machine.”