The shopping spree of the continent’s most populous nation has become a de facto test event for each venture’s business model. Collectively backed by over $400 million in VC funding, both Konga and Jumia are competing to bring online sales to the masses in a region still lacking many of the requisites for doing e-commerce.

Even so, the development of digital shopping is barreling forward while reshaping the consumer landscape in Africa’s largest economy.

“Black Friday as an event in Nigeria was actually brought by e-commerce. It’s now become a big adoption campaign,” said Jumia CEO Sacha Poignonnec. “The buzz around online promotions is leading many Nigerians to participate in their first Black Friday sales as they simultaneously make first e-commerce purchases.”

While Nigerian Black Friday’s deepest discounts fell on November 25, many online retailers started promos the week before and are extending sales into the December holiday period.

Konga launched its Yakata—or “utterly falling”—sales campaign on November 18, offering large markdowns on items ranging from microwaves to gaming consoles. The site significantly exceeded its 2015 Black Friday numbers. “Last year we did over 1 billion Naira [ ≈ $ 5 million ] in sales for the period. This year for Yakata and the 25th we did 3.5 billion Naira in sales and processed 155,000 total orders,” said Konga CEO Shola Adekoya. While Jumia was not able to provide its exact 2016 Black Friday sales figures, the company expects that it surpassed 2015’s order volume of 140,000 and confirmed 7.5 million website visitors compared to last year’s 2.3 million.

To handle the increased Black Friday volume, both Konga and Jumia have been expanding their online, payments, and logistics capabilities since 2012, when both were founded in Nigeria.

In Africa’s expanding tech ecosystem, Jumia is perhaps its most recognized startup. Founded by Germany’s Rocket Internet, the company became the continent’s first unicorn in February 2016 when it surpassed $1 billion in market value after a $326 million funding round including investors AXA, Goldman Sachs and MTN.

Though frequently referred to as Africa’s Amazon.com, Jumia’s business model has developed in distinctly different ways based on the continent’s challenges. Fewer than a quarter of African roads are paved, according to the International Road Federation, and many of Jumia Group’s core markets lack delivery options that are both affordable and reliable.

And while smartphone and broadband penetration are rapidly increasing, fewer than a third of Africans have the Internet service needed to order goods and services online. 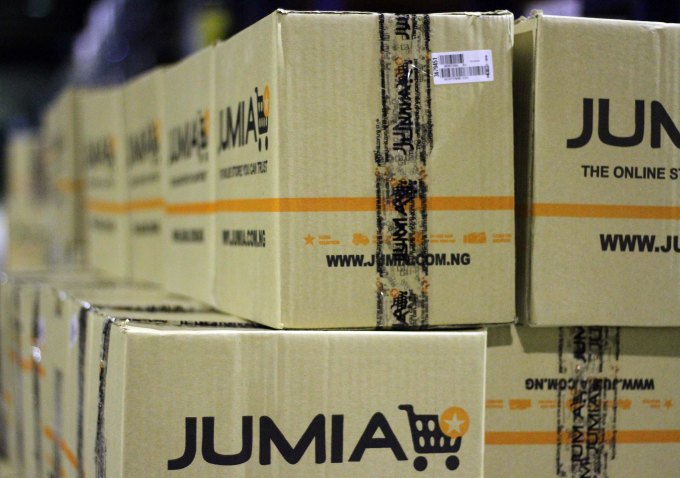 Like its counterpart Konga, to pull off internet sales Jumia has been forced to build much of its e-commerce infrastructure from scratch. This includes founding its own delivery service of drivers, trucks, motorcycles, and pick up stations. On digital payments, Nigeria has seen slower adoption rates than other African countries such as Kenya. Thus, Jumia has adapted its own cash on delivery plans and in 2016 launched itsJumiaPay digital payments platform.

For Black Friday 2016, Jumia offered (and continues to offer) discounts on 40,000 products while extending promotions over 12 days, according to CEO Poignonnec. “We have 13,000 sellers participating. We’re enlisting our delivery service, all our logistics partners, and our JForce agents to make it all happen,” he said. Jumia has also offered free-shipping on orders in Lagos, Nigeria’s largest city.

Konga was formed in 2012 by Nigerian Sim Shagaya, a Harvard MBA and Google alum. In a 2015 interview, he shared a vision for the company that channels the continent’s strong trading culture. “Africa does not lack an abundance of people to buy things, sell things, or move them around. What Africa lacks is 21st century operating system to make it all work,” he said. Of Konga’s business model, Shagaya explained, “Our future operating system will be some kind of hybrid of eBay, Uber, and PayPal.” 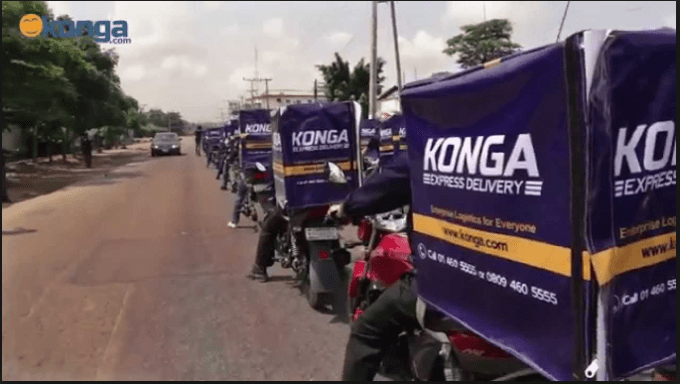 The company also launched KongaPay in 2016, which allows any vendor to generate QR payment codes from mobile phone images to sell products online.

In 2016 Shola Adekoya took over as CEO, with Shagaya staying on as Chairman of the Board. Though smaller than Jumia in capital ($78 million) and operating countries (Nigeria for now, with expansion plans) Konga also draws Amazon comparisons. “When people say ‘you will be the next Amazon, next eBay’ my general response is ‘no’ we will be Konga,” said Adekoya.

He notes the startup’s work to become less direct retailer and more of a fee and commission based payments, warehousing, and logistics platform for Africa’s buyers and sellers. “Our job is to make e-commerce as easy as possible for businesses and consumers. Over 90 percent of products sold through Konga now belong to merchants,” said Adekoya. The company has also focused extensively on reducing the time-to-ship and improving the straight through processing of orders to delivery.

For Yakata and Black Friday 2016, Konga offered discounts of up to 70 percent across all product categories. Best sellers were smartphones, laptops, tablets, and electronics accessories, according to CEO Adekoya. He also noted that internet traffic over the period was 76 percent mobile and 24 percent desktop with mobile contributing to 50 percent of gross merchandise volume.

The popularity of Black Friday in Nigeria supports the value proposition for African e-commerce. Growing workforce age, smartphone connected, and urbanizing populations are expected to boost the continent’s yearly consumer spending above $2 trillion by 2020 and online sales to $75 billion by 2025, according to McKinsey’s Global Institute. 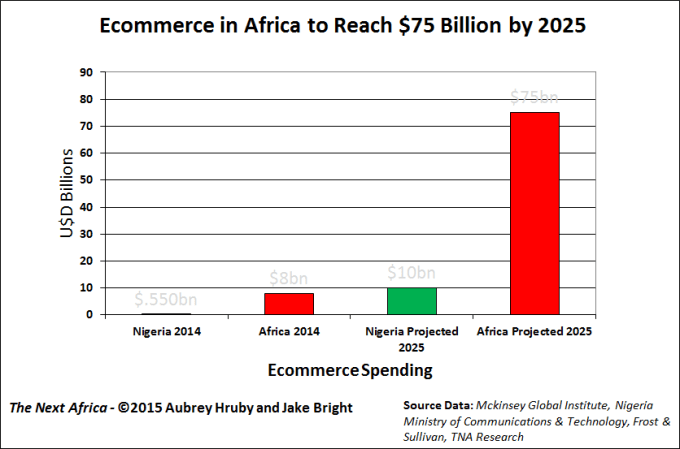 Despite the country’s well-known challenges, e-commerce startups such as Konga and Jumia have adopted Nigeria first growth strategies due to the country’s dual distinctions as Africa’s largest economy and most populous nation, with over 180 million people.

Recent tough economic times, connected to a global drop in commodities prices (Nigeria is a major oil exporter) and China’s business slump (one of Nigeria’s major trading partners) did not dissuade Black Friday sales. “It was a tough year. Nigerians were looking forward to and saving up for the gifting season. They understood they’d get more value for their money,” said Konga’s Adekoya.

When it comes to evaluating Jumia and Konga as competitors, analysis is somewhat limited by lack of data. The private startups do not release detailed sales or revenue figures. As for Konga’s strategy to compete with Jumia’s size and capital, Adekoya highlighted Konga’s business model and execution, and his view that “for now” the e-commerce market in Nigeria and Africa is big enough for multiple players. “We focus more on efficient capital deployment, less on the competition, and more on the customer experience and building our infrastructure to improve that,” he said. “The ultimate winner will be the player who can satisfy the customer.”

Jumia’s Poignonnec seems to agree, “We are competing on customer experience. So we are focused on proving to the customers, not just on price, but the entire experience, that we deserve more of their trust and loyalty.”

Future events, such as IPOs, acquisitions, or partnerships could better illuminate which of Africa’s two big e-commerce startups leads in revenue, profitability, and market share.

Until then, Alexa rankings provide some indication of traffic and popularity. Currently Jumia is ahead as the 6th most visited site in Nigeria compared to Konga’s rank of 14th. Of course, that could certainly change by Nigeria’s 2017 Black Friday online extravaganza. 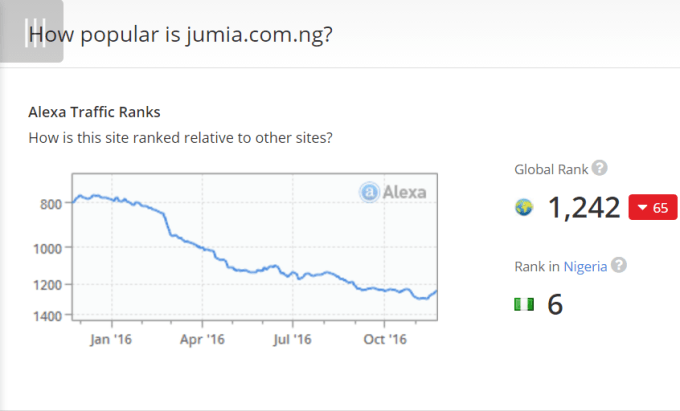 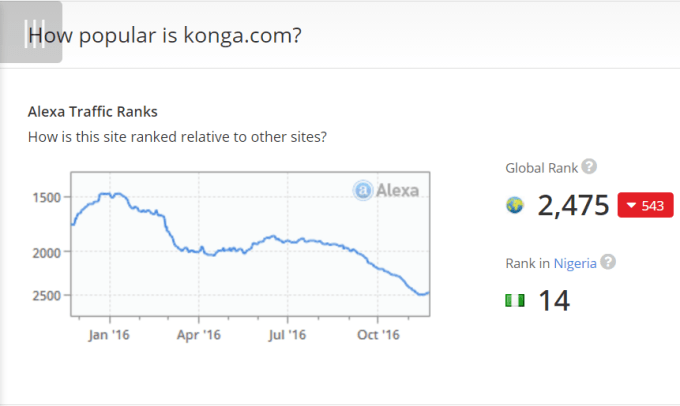