Bored while you wait for someone to text back? Now you can challenge friends for high scores on Facebook Messenger’s new Instant Games, like Pac-Man, Space Invaders, and Words With Friends Frenzy. Available right from your message threads, they load in seconds since they’re built on the HTML5 mobile web standard, rather than having to be downloaded like clunky native apps.

Facebook hopes some friendly competition will get you to spend even more time in Messenger. You compete asynchronously via high scores instead of directly at the same time, so it’s convenient to try your luck any time. And eventually, Instant Games could earn Facebook ad dollars from developers promoting their games, or a cut of payments, though there are no in-game purchases allowed yet.

Instant Games launches today in 30 countries including the U.S., with 17 games from classic developers like Bandai Namco, Konami, and Taito as well as newer studios like Zynga and King. Instant Games are available on newer iOS and Android devices, and can be found by hitting the game controller icon in your Facebook Messenger threads next to the photos and stickers buttons. You can also play across platforms from Facebook on desktop thanks to a little overlaid phone screen.

Which games should you try first? Check out our review list, “The best Facebook Messenger games to play right now”

I played all 17 of the games, and was impressed by how they quickly load in three to ten seconds considering the high quality graphics and gameplay, as well as how Messenger automatically shares high scores and leaderboards so its easy to challenge people. Since most of the games are simple to pick up and take around 30 seconds to play a full round, anyone can slot them into their day.

The most frustrating part is the spotty controls that can quickly get you killed in games like Pac-Man and Arkanoid. But an even bigger concern might be just how successful Messenger Instant Games could be. They’re so frictionless and it’s so fun to one-up friends for high scores that I already felt pangs of addiction as I shirked work to play.

Facebook’s head of Messenger David Marcus tells me “Social gaming was big on desktop. [But on mobile] Everything has gotten social slapped on as an after-thought.” Facebook thinks games built or rebuilt for fast, asynchronous competition could unlock a new era of friendly play. 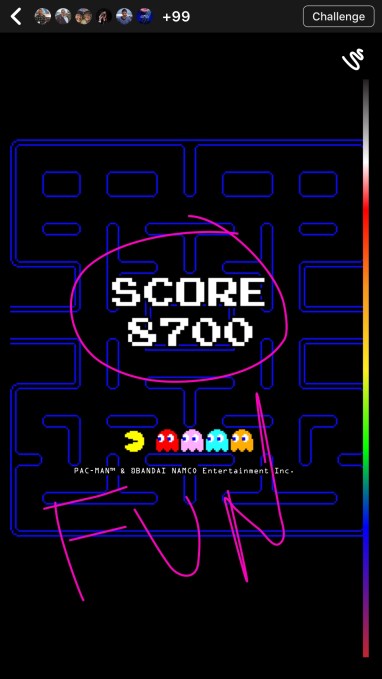 Facebook dominated social gaming around 2008 after its desktop app platform proved more popular for playing around than for utilities. It earned a peak of a quarter-billion dollars per quarter on its 30% tax on in-game purchases, and their addictive and viral nature helped Facebook grow its user count and engagement. Today, 15% of time on Facebook.com is still spent playing games, though payments revenue has declined to $196 million in the latest quarter.

As users shifted to mobile, Facebook found itself shut out of gaming. Only iOS and Android could run native app stores, so they were who earned the taxes on in-game payments. Facebook desperately tried to build an HTML5 game platform called Project Spartan in 2011, but it flopped because the mobile web standard wasn’t powerful enough to build games that could compete with flashy, downloadable native apps.

Over time, though, developers have figured out how to squeeze better graphics and responsive gameplay out of HTML5. You won’t be playing 3D epics like Infinity Blade on Messenger, but 80s arcade classics, simple puzzlers, and retro games like Flappy Bird would work just fine.

Facebook actually tested the potential for Messenger games by building its own. Its basketball shoot-out game was played 1.2 billion times, much more than the company expected. It knew people would play if Messenger gave them games. And chat apps like Line and KakaoTalk had already pioneered the idea of chat game platform.

Earlier this month, The Information reported Facebook was building an Instant Games platform, and we advanced the story with news about how the games would work and that the Candy Crush-maker King was building for the platform.

Though HTML5 games built inside Messenger platforms might not be as graphically powerful, they’re almost as engaging. A study by gaming network Gamee found that, on average, users played chat games 34 times per day for a total of 21 minutes over 2 sessions per day, while they played native app games 43 times for 33 minutes over 2.5 sessions per day.

Combine that level of chat game engagement with the lack of friction to get started, and there’s a big audience waiting for Messenger’s Instant Games. 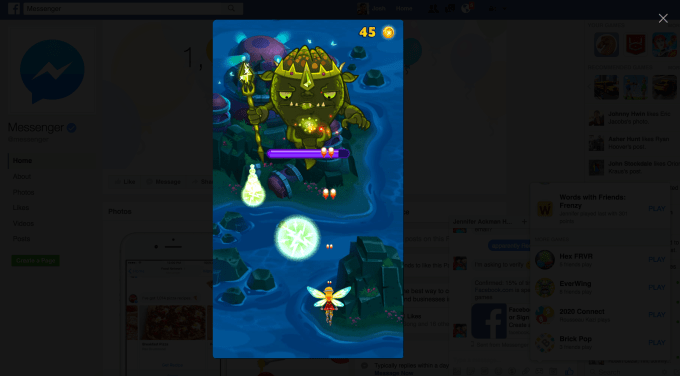 The biggest draw of Instant Games is how quick you can start playing. You tap the game controller icon in one of your message threads, choose a game from the list, it loads in seconds, you play a short round, and your high score gets automatically posted to the private or group chat thread.

You can even share a stylized high score screenshot that you can Doodle on top of like Snapchat to trash talk your opponents. And if you share a game to the News Feed, friends can jump right into the action from Facebook’s app or website. Click on my post below to try it: 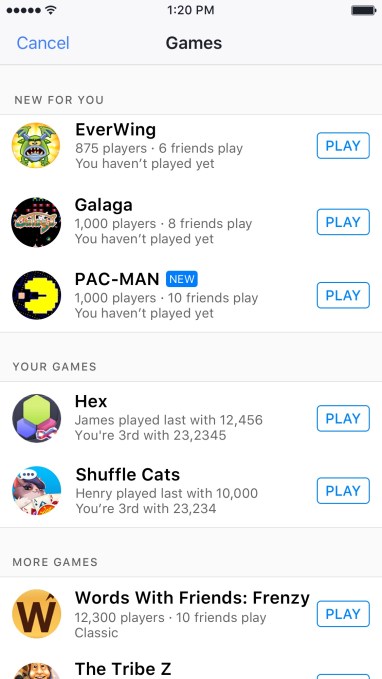 Here’s a list of the launch titles with a short description of each, ranked roughly in order of quality from best to worst:

For now, the platform is in closed beta, but developers can apply to build Instant Games here.

The classics like Galaga and Space Invaders are the best on the platform, with new titles like EverWing and Endless Lake showing innovative ways to make games fun and quick.

To keep developers building for it, Facebook will need to eventually offer them ways to make money. Right now, games don’t feature ads and don’t allow in-game payments. That means developers might lose money if they build for and send traffic to Instant Games instead of their own native apps where they can charge or show ads at their own discretion. 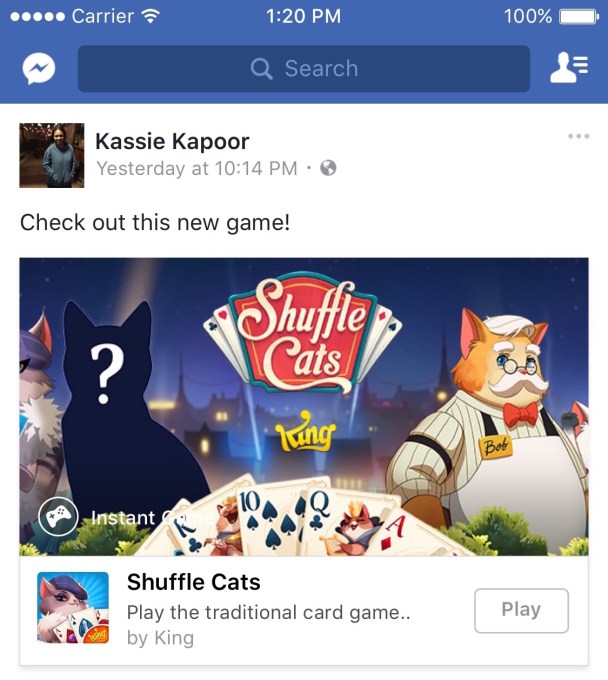 However, Marcus tells me “Over time we’ll find ways for game developers to monetize. That’s our commitment to them in the new year.” For now, though, there’s plenty of virality and traction to grab since playing a game in a thread automatically challenges your chat mates, and you can share games you enjoy as News Feed posts. Developers might strive to build an audience now and monetize it later.

Compared to platforms like the iMessage game store, which is buried and features lackluster games, Facebook Messenger’s offering is compelling. And unlike KakaoTalk, where you have to download games as separate native apps and just use the chat platform for login and competing, Messenger’s Instant Games feel like a natural part of the communication experience. [Update: Telegram offers HTML5 games, but the experience is only available inside chatbots and takes some work to dig out.]

Facebook will have to avoid the spam apocalypse that soured many users on its old desktop social games. Developers like Zynga exploited viral communication channels to get players to pester friends for help. Facebook product manager Andrea Vaccari tells me Facebook has learned from that mistake. “Right now all in-game communication is controlled by us”, he says.

If Facebook can use its 1 billion-user reach to lure top developers and put games just two clicks away, it might have found something to add to Messenger that’s almost as addicting as talking with friends.