Vine may survive after all. Twitter is currently vetting multiple term sheets from companies offering to buy Vine, and hopes to make a deal soon, multiple sources tell TechCrunch. After announcing its plan to shut down Vine last month, Twitter received a large number of bids, including several from Asia. It’s now working to decide who should run the short-form video app.

While TechCrunch couldn’t confirm the names of any of the companies interested in Vine, a rumored bidder was Japanese messaging and gaming company LINE. [Update: We’ve learned that Twitter has narrowed the pool from more than 10 bidders to around 5.]

Twitter announced on October 27th that it planned to eventually shut down Vine, but keep the archive of Vines playable and allow users to download their content. But beyond clarifying some of the original announcement in an FAQ, it hasn’t made any further announcements about the future of Vine, which makes sense because it’s in active talks to sell the app.

One source says that at least some of the offers are for less than $10 million, indicating Twitter might not generate significant revenue directly from selling Vine. 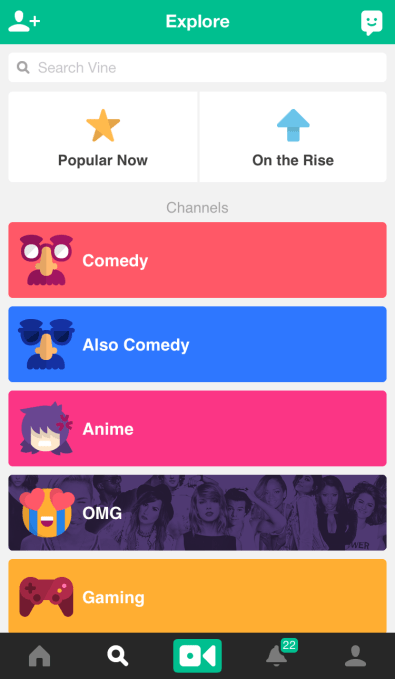 However, Vine could still benefit Twitter even if it’s owned by someone who would help it thrive and retain the strong integration between the two apps. Vine content plays instantly in the Twitter stream, bolstering its current parent company’s quest to serve more video that could attract user engagement.

If Vine doesn’t shut down and creators keep producing the six-second clips, Twitter could earn money from sponsored content deals arranged by Niche, the social media talent broker startup that Twitter acquired in 2015. [Disclosure: My cousin Darren Lachtman is one of the founders of Niche, but I haven’t spoken to him about today’s news.] Brands who pay creators to promote their products in Vines might also buy ads on Twitter to show those Vines to more users.

Recode reported in September that Twitter might look to do something different with Vine. The New York Times wrote in early October that while Twitter was trying to sell itself, it was also looking to get rid of Vine to cut costs. It later reported that Vine was costing $10 million a month to run in infrastructure and employees, and Twitter had explored selling it off.

After announcing the eventual shut down, selling Vine seemed to be off the table. But TechCrunch has learned that the level of support and mourning for Vine from the internet community boosted the interest of potential acquirers willing to endure the operation costs to own one of the most culturally impactful video platforms. While Vine had been rapidly losing users and star creators, plenty of people wanted to see it live on and were angry Twitter planned to kill off the app.

As I wrote last week, selling Vine comes with risks.

An acquirer could shut down the costly archive, breaking tweets with embedded Vines and pissing off users. Since the Vine brand is closely associated with Twitter, whatever the acquirer does with it could reflect poorly on the former parent company. The sales process could be distracting. Selling for a low price might seem desperate. Someone else could use Vine to compete with Twitter. And if an acquirer revives Vine into a big success, it could make Twitter’s leadership seem incapable.

Twitter will likely try to mitigate these risks by choosing the right new owner, perhaps selecting one that agrees to preserve the archive and retain the embed integration. The alternative of keeping Vine alive itself with even a skeleton crew to maintain it could prove too expensive at a time when Twitter is financially struggling. And shutting it down could turn Vine’s stars into evangelists for its competitors.

Twitter could refuse the offers. But its best bet is still to let someone else adopt Vine and give it a second chance to grow. Twitter just has to sign on the dotted line.