If you’re like me your inbox is a mess of hundreds of promotional emails from different sites across the web – many of which I’ve only actually shopped at once or twice. But once they have your email address it’s over – you can expect to receive a weekly (or daily!) email ad infinitum.

Companies that get your cell phone number are even worse because those are harder to figure out how to unsubscribe from. And what about merchants that get your credit card info and charge you each month even though they didn’t make it clear it was a reoccurring charge?

The moral of the story is that unless you proactively work to use one-time email addresses and debit cards when you shop online, you’re going to eventually have a problem on your hands. But doing this is hard, and typically requires too much effort and technical knowledge for the average consumer to do.

Enter SudoApp and SudoPay. The duo of apps created by Anonyome Labs allow users to create and delete temporary (or permanent) identities. Each of these identities come with a customizable name, email address and phone number.

All communication happens inside the app – each persona you create will have an inbox with emails and threaded SMS messages – just like you were checking them on your own phone.

The app also has a web browser with built in ad-blocking and private browsing in case you want to go the extra mile to maintain privacy.

And if you’re worried about credit card fraud the company’s second app, SudoPay, allows you to create one-time or multi-use prepaid debit card that you can use along with any of your identities. SudoPay lets you load these cards with Apple Pay, so your real credit card isn’t at all connected to the prepaid cards. 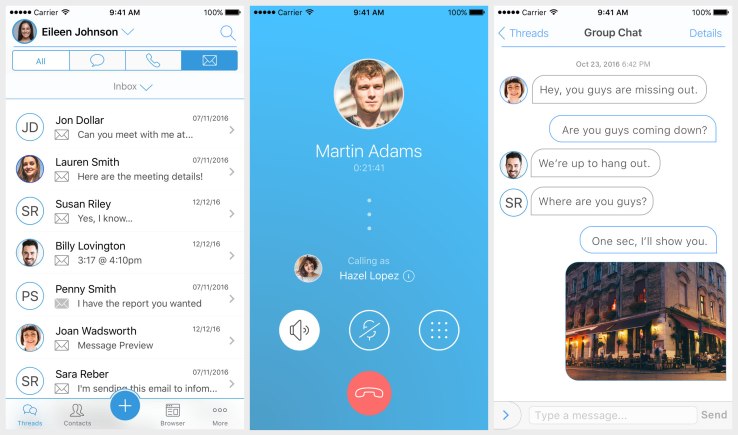 Steve Shillingford, founder and CEO of the company, explained that SudoApp is targeting two main types of customers. The first is what you’d expect – someone very interested in technology that cares about their privacy. These may have been people that had previously used disposable email addresses and phone numbers but were attracted to SudoApp because of how much easier it is to use then managing identities on your own.

The second type of user is a little more interesting. Shillingford described them as a “chief household officer” – essentially a mom or dad that has many different parts of their life they need to organize and keep separate. So these users create a different identity (all with their real name but new email and phone numbers) for the soccer team, work, school mailing list…etc.

As mentioned earlier disposable emails, phone numbers and prepaid cards aren’t new. But Sudo does a good job at bringing them all together two easy to use apps.

It’s also very affordable – users can create 9 identities for free, which includes unlimited calling and texting and 1 GB of email. The prepaid card services charges a dollar each time you reload a virtual card, depending on the amount of the reload.

So far the company has been entirely self-funded, but the founders expect to raise their first round of outside funding sometime in 2017.