Some scientists devote themselves to curing diseases. Others are researching an end to famine or global climate change. And some spend their time making nightmare machines, deep learning algorithms that utilize Artificial Intelligence to tap into humans’ deepest and darkest fears. Like Google’s Deep Dream, only with way more dangling, bloodied flesh.

MIT teamed up with Australia’s Commonwealth Scientific and Industrial Research Organisation (CSIRO) to create the “nightmare machine” in an attempt to study what terrifies us as a species, utilizing a pair of deep learning algorithms for maximum terrorizing impact and applying them to otherwise benign images like the Taj Mahal, an Ikea catalog and, naturally, Kermit the Frog. 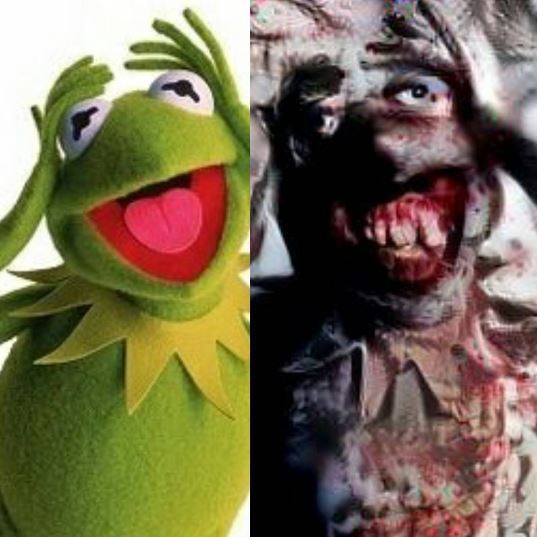 It’s not easy being a nightmare hellscape.

The team has collected more than 200,000 of the images on a site, asking users to rank them on a scariness scale. And here’s the most horror movie-esque line from the CSIRO blog post, “The algorithm grew hungrier and hungrier for more user data, until it was able to think and feel on its own.” So, yeah, the nightmare machine is now operating on its own.

The team is looking to test the differences between machine and human perceptions of what constitutes scary in an on-going Hot or Not-style rating system for nightmares. Merry Christmas.