Well, now we know why Twitter decided to move its earnings report to before the market opens (when the West Coast will conveniently, largely be asleep).

Bloomberg is reporting that the company may cut up to 8% of its staff, or around 300 people, and that the cuts could be announced as soon as this week. As usual these situations are very dynamic, so all of the above could shake out to be different than expected, but we’ve heard plenty of similar rumblings about layoffs for the past few weeks.

In particular, one thing we’ve heard from sources is that the sales teams are in the crosshairs for the layoffs. Slowing revenue growth may be the culprit, especially as alternative platforms like Facebook and Snapchat continue to grow much more quickly.

(And in addition to that, rumblings of these cuts roughly coincided with a weird memo CEO Jack Dorsey sent around basically saying how awesome the company was. So, read into that as you will.) 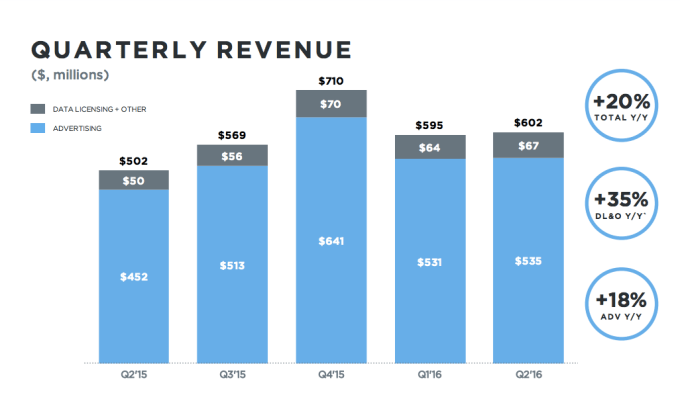 Either way it seems like the company is trying to slim down as the hope continues to fade that a larger company will swoop in and buy it. A representative from Twitter declined to comment.

Twitter has been on an absolute rollercoaster since Dorsey took over around this time last year. Dorsey opened his tenure by laying off 8% of the company, and throughout his time as CEO, has seen Twitter’s value cut nearly in half. That’s been a result of slow-to-no user growth, slowing revenue growth, and being constantly dogged by issues surrounding trolls on the platform. (The latter actually scared away Disney and Salesforce as potential suitors.)

Hope came in the form of reports that Salesforce, Disney, and others were all looking at buying the company. That added billions of dollars to Twitter’s market cap before being promptly stripped away as soon as it became clear none of the companies were interested. Without an obvious suitor, Twitter’s going to need to figure out a way to be more forward-looking and hopeful to Wall Street. Starting with layoffs to make the business more efficient is sometimes where things go.

But it’s still going to come down to actually improving the product. Trolls aside, Dorsey has actually not made any dramatic sweeping changes to the service other than adding more of an algorithmic touch to the feed. And attempts to make it less confusing, like removing contributions to character limits for kinds of media and trying to fix @replies (and “canoes”), still haven’t helped make the service more sticky and attract new users. (There’s also Moments, but that story still hasn’t seemingly played out yet.)

Twitter will report its third-quarter earnings at 4:00 a.m. PST on Thursday. If you want to potentially hear more details about that (or, perhaps, that’s the day they’ll formally announce it), set your alarm clock and grab a cup of coffee. We, too, will be tuning in.