Google’s new Pixel is an attempt by the Android maker to showcase the very best of Google, and that includes its imaging chops. Both on the hardware and software side, the Pixel has some neat photographic tricks up its sleeve. But is it enough to satisfy your inner shutterbug?

The short answer is yes – Google has delivered a terrific photo and video experience on the Pixel (I tested the XL, but both contain the same camera hardware and software). Pixel snaps photos quickly and easily, and its automatically-enabled HDR+ smarts ensure even exposure throughout the frame in most conditions. 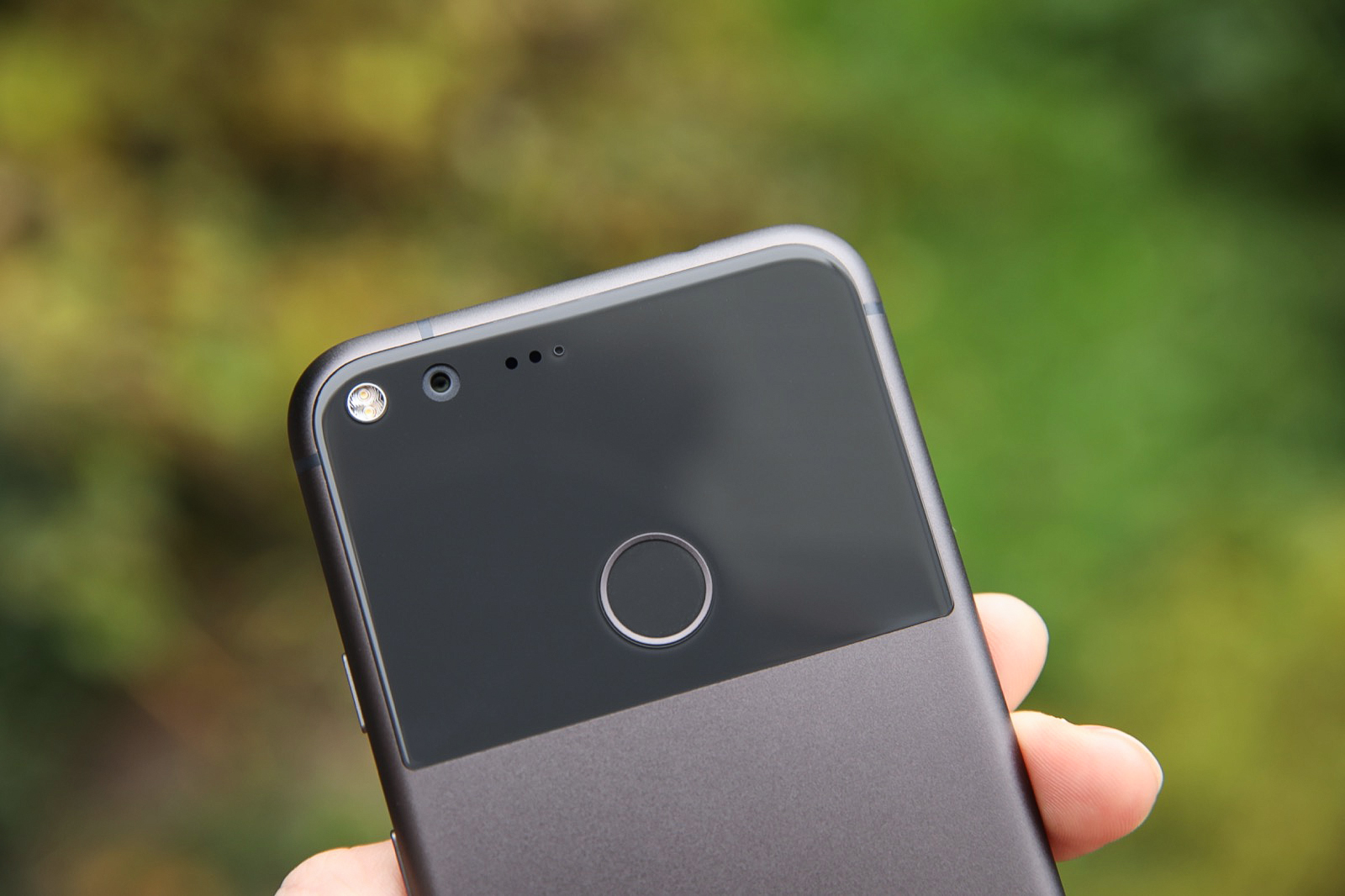 Video stabilization works astonishingly well, with the caveat that it’s a tool you have to learn to use in order to get the maximum benefit (just like a gimbal for a DSLR or mirrorless camera, in fact). Basically, the average Pixel owner will be more than satisfied with camera performance (and if you’re curious about the rest of the phone, check out Brian’s full review) and won’t have to think about settings or what’s happening on the software side.

For those who are looking for more detail about Pixel’s picture-taking ability, there’s no better proof than pics, so let’s see what the camera is capable of in real-world shooting scenarios.

I really enjoy shooting street photography, and smartphones are actually ideally suited for that since they don’t attract that much attention and they’re extremely portable. Street shooting is also relatively forgiving when it comes to cameras that have difficulty with low light, which all smartphone cameras do, owing to their small sensor size relative to other types of photographic equipment including mirrorless and DSLR hobbyist and pro cameras.

You can see from the gallery below that the Pixel camera has no problems at all with street shooting, in either bright sunlight or overcast conditions. These are all taken with the stock settings, which includes the HDR+ feature enabled by default. Colors are rich and balanced, without being oversaturated (to my eye, at least) and even in direct sunlight it manages fairly, avoiding anything drastic when it comes to halo or other effects resulting from glare on the lens.

Likewise with close-up, macro-style shots, the camera does well. You can see from a couple of the flower images above where it can really show off fine detail at close range, even getting some fine edge focus on the end of the stamen in the purple flower shot.

Another place where the Pixel does well in bright light is freezing action. Again, with stock camera app settings, I took the following two images, which freezes a bike rider speeding by, and a flock of birds on the wing very effectively. The bird shot in particular is pretty amazing, given that I took it quickly after grabbing the phone hurriedly from my pocket without doing much in the way of consciously stabilizing my arm.

Indoors, the Pixel still performs pretty well in most settings, as you can see from the following images. In very low light, I find that it leans too heavily on software to try to salvage an image, resulting in a final picture that has lower noise than you might get from other smartphones, but that also looks very heavily processed. It’s a little disappointing given Google’s claims around DxOMark’s rating and low-light performance in particular, but these are extreme conditions.

Under more normal indoor lighting conditions, with 40w equivalent overhead lighting with a warm tone, as in the portrait image and the brighter ones featuring my dog, you can see that the Pixel is again a capable shooter. Basically in all still photo capacities where the average smartphone camera fan might need to use it, the Pixel’s camera is strong.

Stills vs. the competition

On their own, the Pixel and Pixel XL are definitely impressive cameras. Prospective buyers might want to see how they stack up against the competition, however. I shot photos in the same conditions successively on a Pixel XL, a Samsung Galaxy S7 and an Apple iPhone 7 Plus to provide an idea of the differences you can expect with each.

Outdoors, you can see that while all three are very capable cameras, there are some differences that might sway personal opinion regarding which is “best.” The iPhone 7 Plus delivers more vibrant colors, with brighter defaults for light areas in both HDR and standard modes (it produces both in your gallery by default depending on the scene, so that’s how I shot and presented them here).

The Galaxy S7 is closer to the Pixel XL when it comes to balancing brightness of light and dark areas, and tends toward darker renderings with less brilliance. But it also tends to saturate more than the Pixel, and it has a much warmer cast than either phone, resulting in a final picture that’s too warm in most settings for my liking.

Indoors, the differences between the three cameras are more pronounced, especially in very low light. Here, the Galaxy S7 appears to have the edge when it comes to color balance, as well as noise and even possibly detail. The iPhone 7 Plus does appear to be more accurate in terms of its color capture, but it’s still tough to pick an outright favorite. The Pixel XL, to its credit, does very well in the portrait under adequate, but not bright, indoor lighting.

Ultimately, numbered ratings from third-party analyst sites aside, this is a race so close that it’s impossible to call, except by personal preference. Each of these smartphone cameras excels in some regard, but the best end result is in the eye of the beholder since none exhibits any serious flaws.

Video is another area where the Pixel claims a significant edge on the competition, owing mostly to its software-based stabilization effect. In fact, the Pixel XL’s ability to capture smooth video, without any obvious distortion around the edges, is really impressive. I recently tried out a DJI Osmo Mobile smartphone gimbal, and the Pixel handheld isn’t that far off, as you can see in the sample video below.

The software stabilization is not without its quirks, however. Google’s artificial camera smarts seem to identify a central focal point around which it centers the view, but if you move the camera around, it shifts that focal center somewhat abruptly, leading to a kind of staccato effect of punctuated panning as you point the device at different places. This even triggers if you aren’t careful about keeping the smartphone pointed in a fixed direction.

While it isn’t perfect, it still allows a shooter to capture really great, stabilized video provided they’re aware of these quirks in the software and learn how to work around them. This is actually super similar to working with a gimbal, so a learning curve here is acceptable in exchange for what you get in return. In portrait, stabilization works equally well.

In terms of completion, Apple’s video stabilization on the iPhone 7 Plus, which includes optical stabilization using the physical camera module itself, also offers a smooth final product, while the Galaxy S7 is the rockiest of the bunch. You can judge for yourself which comes out on top using the sample video below.

No more excuses for bad photos 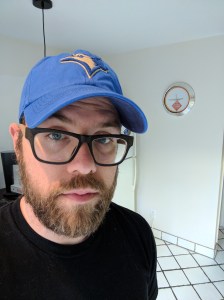 Selfie camera is good, too.

In today’s smartphone market, if your camera can’t cut it, you’re basically dead in the water. The Google Pixel runs no risk of falling into that category, luckily, and in fact makes good on Google’s promise to deliver one of the best cameras available on any smartphone. The video stabilization and other software smarts that Google has shown itself capable of delivering mean the camera will likely only improve over time, too.

The front-facing camera is also a solid shooter, and will not disappoint those looking for more selfie exposure. Google’s quick-access camera gestures are also well-conceived, including the ability to double-tap the power button from anywhere to jump straight to the camera app. And the wrist flick to reverse the camera is also nice, especially on a large device like the Pixel XL where it’s more difficult to hit the on-screen software button while using one hand. All of these little touches amount to a well-thought out and executed camera experience.

It’s great news for Android lovers who’ve felt let down by past Nexus cameras, but it also means there’s no longer any excuse for bad pictures from people who want the best expression of Google’s vision for mobile devices.