Poland can do some cool stuff. To wit: this cool bike path in a town called Pruszków. The path is made of a light-emitting material that charges in the sun and can glow for up to 10 hours in the dark, bathing cyclists in a calming blue glow.

The company that made it, TPA sp. z o.o is an engineering firm focused on future tech. They expect this sort of road to be useful in larger projects – highways, say – but for now they’re limiting it to bike paths until they can test the material in the wild. They said that this type of path may be installed in Warsaw soon and that it can glow in multiple colors. 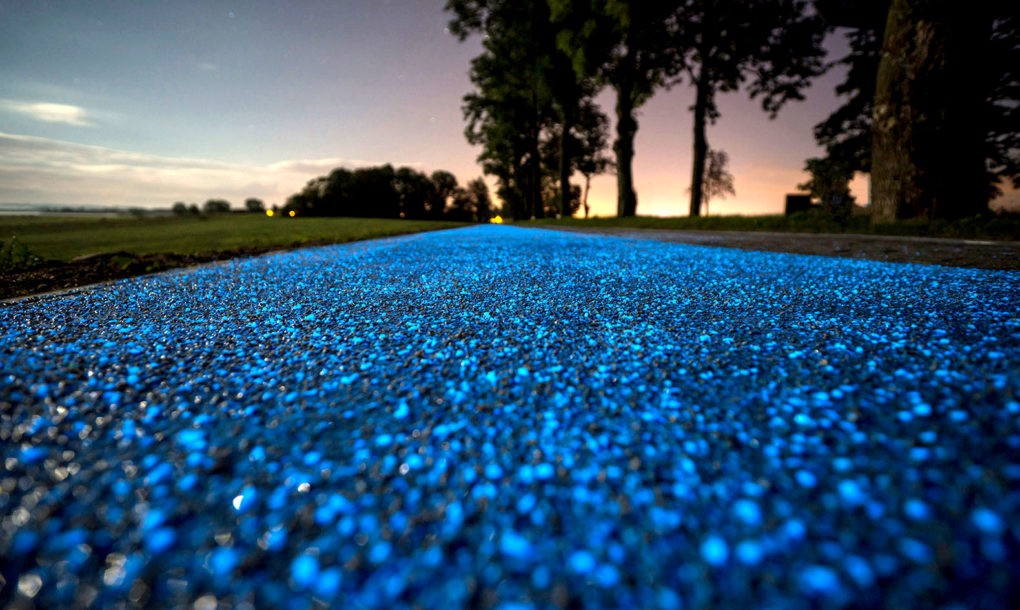 The lane uses luminophores – chemicals that “ingest” light – to keep the bike path nicely lit at night. They chose blue to “match the Mazurian landscape” where lakes abound. You can read a bit more at Gazeta Wyborcza if your Polish isn’t too rusty or you can just bask in the cold beauty of a glowing bike lane in deepest Poland.