Today, goTenna is taking pre-orders for their new product, a device called the goTenna Mesh that lets smartphone users text and share their GPS locations, off-grid and across miles of terrain.

The new device works like goTenna’s flagship product did in that it can be used where normal cellular, satellite or wifi services are not available. And like the company’s flagship goTenna, users pair the device to their phones using bluetooth, then use goTenna’s app to create and send messages.

But what’s different is that the goTenna Mesh sends communications across publicly available UHF frequencies, and it meshes.

The new hardware doesn’t have an external antennae —that means it is compact, and allows the company to sell the goTenna Mesh internationally. 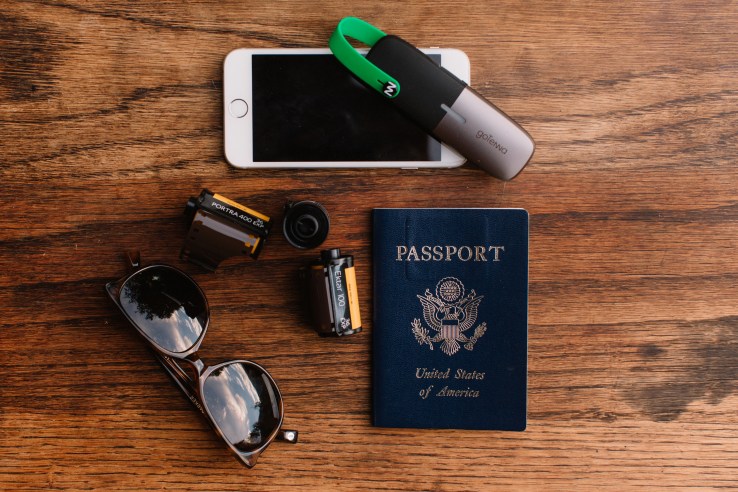 The goTenna Mesh for off-grid communications.

“Sometimes you cannot plug into traditional communications systems because they are not available, like after a storm, or are unreliable at a crowded event, or unaffordable, say if you are traveling or living on a restricted budget. So we’re building grassroots, bottoms-up communications systems.”

The startup also launched its premium, goTenna Plus service today, which gives users access to offline topographic maps, read receipts for messages they send, trip statistics, automated location tracking and the ability to relay messages across traditional SMS networks when a goTenna comes within range or bounces that message to someone connected to a traditional network.

According to a company statement, “The goTenna SDK allows any developer to use goTenna hardware and protocols to transmit small bursts of secure data, at long ranges, completely off-grid.” It has already been in pilot tests with the U.S. Air Force and health tech companies.

A goTenna Mesh pair costs $129 if you pre-order via Kickstarter today, and will later retail for $179, no subscription required. The optional goTenna Plus premium subscription costs $9.99 a year for the first year, and $29.99 per year after that.

That’s a significantly lower price point than military- and enterprise-grade communications systems would cost, the kind that are used to keep people connected in off-grid situations, like after a natural disaster, or regions without much telecom infrastructure today.

According to the Brooklyn-based startup, point-to-point range for the goTenna Mesh is typically up to one mile in most congested areas and up to about three miles in a typical open terrain.

But the new devices allow users to privately relay a message through another goTenna user to the one they’re trying to reach if that intended recipient is out of range.

So, for example, if a group is on a camping trip off-grid, and one person is injured, the group’s members could spread out but still stay in touch as one person hikes furthest away, beyond 3 miles, to seek help.

The more users join a goTenna Mesh group, the more powerful it becomes, in essence.

Correction: This post was edited to reflect goTenna Mesh and Premium pricing.